Gomel is a city located in the southeast of the country right on the Sozh River. The article will tell about the history of the city, its sights and cultural life.

A brief history of Gomel

Gomel is a city with an amazing history. The name of Gomel is explained by about six legends, according to one of them the name of the city was given by the stream Gomeyuk, which flowed into the river Sozh at the foot of the hill, where the first settlement was once founded.

The city was first mentioned in 1142, so the year is equated with the foundation of the city.

The first known tribe on the territory of the modern city was the Radimichi tribe. They were engaged in agriculture, cattle breeding and trades.

In 1142, in the Tale of Bygone Years, it was written that the city was part of the possession of Igor Olgovich, which means that Gomius belonged to the Chernigov principality.

The next mention of Gomel becomes its belonging to Izyaslav Davidovich, who gathered here a squad to continue the struggle for the Kiev table.

Already in 1335 the city became part of the Grand Duchy of Lithuania. In subsequent years, Gomel was repeatedly exposed to the falls and became a battlefield in numerous wars.

After the signing of the Union of Lublin, Gomel, like the rest of the Grand Duchy of Lithuania, became part of the Commonwealth.

As a result of the 1st section of the Commonwealth, Gomel was included in the Russian Empire.

In 1926, the Gomel district was transferred from the RSFSR to the BSSR.

December 8, 1926 - the district was liquidated, and its territory was included in the Gomel district.

Gomel was not spared the tragic events of the Great Patriotic War, so most of the soldiers gave their lives for the freedom of civilians. In 1945, the city was liberated during the Gomel-Rechitsa operation.

One of the most tragic events in the city is associated with the accident at the Chernobyl nuclear power plant in 1986. Gomel ended up in a zone of radioactive contamination, so most of the residents suffered.

In 1991 Gomel became part of the proclaimed independence of the Republic of Belarus. 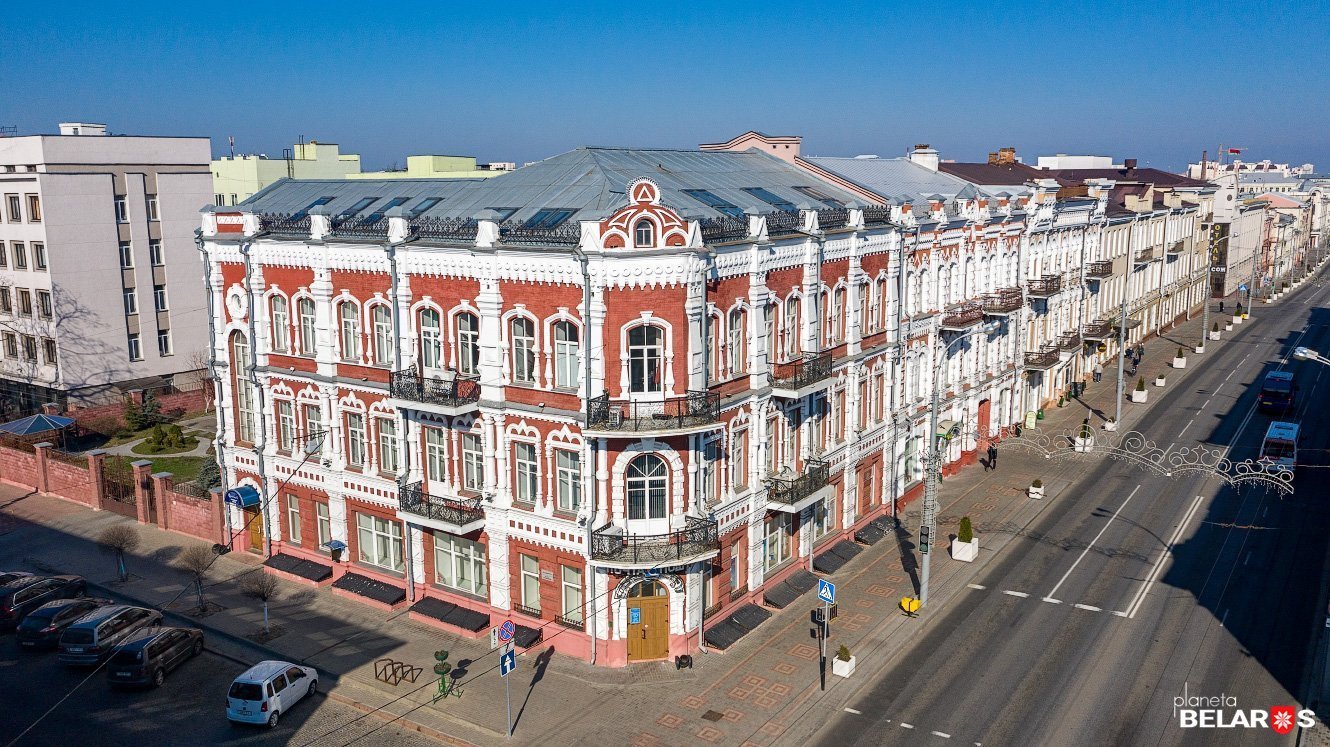 According to the census data as of January 1, 2020, 1,386,600 people live in the Gomel region. The urban population made up about 77% of the total population of the region.

In Gomel, you can often meet tourists who come to admire the beauty of Belarusian Polesye. Among foreigners, Ukrainians are most often encountered, because the border with Ukraine is located at a distance of 30 km from the city.

The main attractions of Gomel

When planning a trip to Gomel, tourists strive to get to the palace and park ensemble, where all the interesting architectural monuments are collected.

In addition to the main attraction, we advise you to explore the city on a flying saucer. You will need to climb the highest part of the Gomel circus, which looks like a flying saucer in shape.

Do not forget to visit the Gomel Central Stadium and cheer for the local football club. Belarusian football is not the most spectacular in the world, but going to the stadium can be a pleasure.

Along with the main attractions, you cannot walk past Sovetskaya Street. It seems to be imbued with the spirit of the Soviet Union, and some buildings are monuments of historical value.

The city has preserved many buildings from the end of the 19th and the beginning, which have been restored and represent valuable objects of tourist display. The architecture of Soviet buildings contains Art Nouveau, Classicism, Constructivism and Stalin's Baroque.

Almost the entire Sovetskaya Street is a "living museum" of different styles of architecture.

The coat of arms is an image of a silver cross on the green field of the French shield, on the central part of which is superimposed a small French blue shield with the image of a lying golden lynx.

Culture and sports in Gomel

In Gomel, sports activities are developed, and young people are instilled in a love of sports from an early age. Thus, 76 sports establishments function throughout the region. Today 50 sports are actively developing in Gomel. Athletes are engaged in such institutions as the Olympic Reserve Center, Sports School, Rowing Base, Water Sports Palace, etc.

Along with sports activities, Gomel instills a love of art. You can spend an evening according to the cultural program in the Gomel Regional Drama Theater, the Gomel Regional Philharmonic Society or in the Palace and Park Ensemble.

Public transport in Gomel is buses, trolleybuses and minibuses. They can take you to any part of the city. There are no problems with the schedule - transport runs regularly. Trolleybuses run on 23 routes, buses - 50, and minibuses will stop where you ask.

In addition to intracity routes, there are also suburban buses. They leave directly from the bus station. For those wishing to leave for another country or city, we can offer trains with a developed transport system.

Those who prefer a higher level of comfort can use air transport. Gomel has its own airport, which serves all passengers wishing to travel. The schedule can be found on the official website of the airport or by phone at the registrar.