All about national hunting and fishing in Belarus

In ancient times, hunting and fishing were a way for people to find food and survive. With the development of economy and production, this need has disappeared: hunting and fishing became a hobby. Now it is more like a choice - to stay home warm or to go out into the forest face to face with a wild boar.

Often the following situation happens on a pond: you have already thrown the bait, squint, look at the river surface, your problems disperse and the float becomes the most important thing in the world. And now it's trembling. Your heart stops. The wood stretches and the float goes under.  The undercut and finally you pull it out of the water... no, not a shoe, but a real, alive fish. But you've got a strange specimen that you've never dealt with before.

It's important to know which fish to catch and which to let go. There are limits on the amount of fish caught by a species at a time. They are based on the length of fish that have reached puberty. That is, fishermen are allowed to catch only those fish that have left behind their offspring.

Fish species that can be caught by recreational fishing and their quantity:

The legislation of the Republic of Belarus prohibits fishing in Brest and Gomel regions from March 20 to May 18, in Minsk, Mogilev and Grodno regions - from April 1 to May 30, and in Vitebsk region - from April 10 to June 8. However, if you fish as an amateur, this ban does not apply to you. But you should pay attention to the following points: 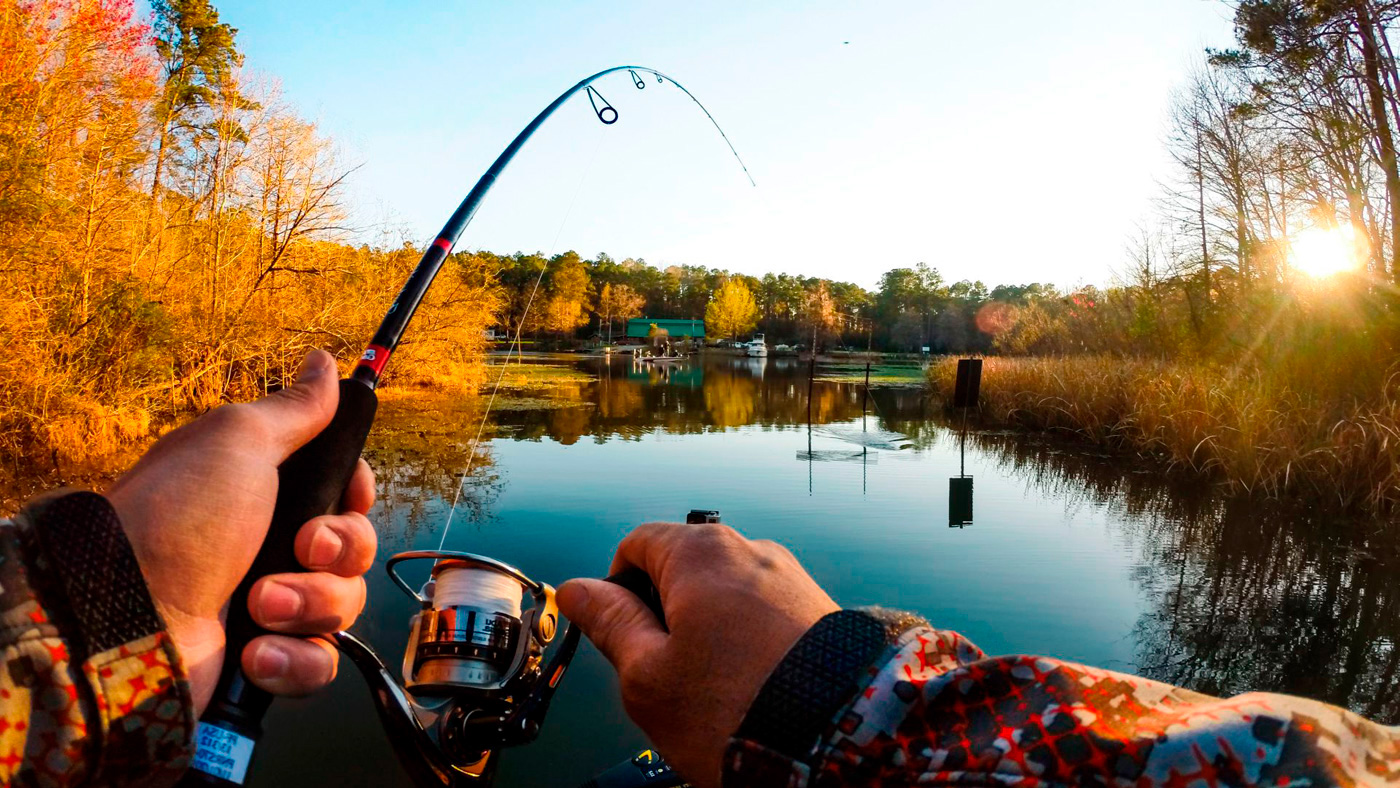 There is also a ban on catching certain fish species. This is due to the beginning of spawning. For example, pike spawning is the first to occur and needs to be protected in order to preserve its population from the first days of its life cycle.

The type of fish that is subject to the ban:

According to the legislation of the Republic of Belarus, a violation of the ban may result in a fine of 20 to 50 basic units and complete confiscation of all fishing equipment.

We've already written above about some restrictions on spring fishing. These prohibitions do not apply to amateur fishermen provided that they will fish with a single fishing rod or spinning from the shore, ice or special structures.

The Republic of Belarus attracts not only foreign guests by rivers and lakes. Indigenous people of Belarus do not miss a chance to go out in the summer with tents and spend time in the company of family and friends, and at the same time to compete who will catch more fish. That's why summer fishing is not only a tradition but also a good way to spend time in the nature and have a rest from the city bustle.

Autumn is a good time for fishing, but you should understand that catching tactics at this time of year should be different from summer. Do not forget also about clothing that should meet the following parameters: wind resistance, moisture resistance, heat resistance.

Winter fishing in Belarus is available mainly at your own risk. This type of recreation is extremely popular in Belarus. The lakes are covered with ice from December to March, and rescue teams in these months do not sit idle, sometimes helping the most passionate fishermen.

Belarus rivers for fishing on spinning

In Belarus, there are more than 20 thousand rivers and all of them are not similar to each other in terms of hydrological characteristics.

Rivers in Belarus for fishing:

The rivers are especially rich in catching pike, and if you want to catch pike-perch, it lives in the Pripyat and lower reaches of the Dnieper.

There are more than 10 thousand lakes in Belarus, but not all of them will be a good place for catching. Besides fishing, you can relax there with tents and enjoy the picturesque views.

Fishing from a boat is more effective on lakes. The peak period of such fishing is in the summer and autumn months, after the spawning period, when it is forbidden to fish in the water: you can only fish for one hook from the shore.

Hunting underwater in Belarus can be done by diving into a snag, lying on the bottom or rafting along the river for several kilometers. The most suitable for underwater hunting are such rivers and lakes as Shlyamitsa, Volpa, Gancha, Neman, Strusto Lake.

Each hunter must have obligatory equipment in the form of a wetsuit with flippers, rifles with harpoon, masks with a tube, belts with cargo and a knife. Scuba diving is prohibited in Belarus, so the diver can only count on his strength and endurance.

Underwater hunting can be performed in both summer and winter. There is no need to dive deep in summer, as the fish live in shallow waters in algae, and in winter and autumn, the water is colder, but visibility is much better. Each fish has its own depth. For example, crucian carp, tench and bream swim in shoals near the hunter, at a shooting distance of 1-1.5 meters, and eels lie at a depth of 10-15 meters.

Fishing grounds are part of the territory of Belarus, which is a permanent habitat for fish or is important for their reproduction, feeding, wintering, migration and also for fishing. Belarusian legislation establishes a list of fishing grounds in which it is possible to fish.

It should be remembered that it is prohibited to fish in fishing grounds that have not reached the age of sexual maturity. Also in fishing grounds, it is allowed to catch no more than 5 kg of fish per fisherman per day, except when the weight of one fish exceeds this norm.

Belarus offers a large number of fishing grounds in each of the country's regions. The price per fisherman ranges from $1.5 to $40.

Belarus is a unique area for hunting many species of animals, including bison, elks, deer, wild boars and roe deer. In spring, they hunt grouse and grouse, waterfowl, grey partridge and woodcock.

The hunting season in Belarus starts in the last days of summer. It is the beginning of the season of driven hunting for ungulates: elk, red deer, roe deer and wild boar older than two years. This type of hunting is conducted in daylight hours. When hunting for animals it is allowed to use rifled hunting guns, smooth-bore hunting rifles, bows and crossbows.

The season begins in the last days of summer. It is the beginning of the hunt for ungulates: elk, red deer, roe deer and wild boar older than two years.

Belarus has temporary and seasonal restrictions, and there are also a number of protected areas. The hunting of the beast there is prohibited even with a hunting permit in nature reserves and national parks.

In winter you can hunt a wolf, a fox, a river beaver, an otter, a mink, an ermine, an muskrat, measles, a squirrel, a deer and a wild boar.

You can hunt goose of any sex and age from March 14 to May 10 during daylight hours only from scratch or ambush with the use of a camouflage robe and only with the help of semolina and planting goose. Hunting dogs may be used to search for prey.

From August 8 to December 12, it is allowed to hunt for ducks in daylight from ambush, with luring, from the approach and approach, including hunting dogs.

The hunting period for the hare begins from October 3 to January 25. It is possible to hunt from an ambush, from an approach or entrance, or by the method of corral hunting.

Beaver hunting begins in the first numbers of September and ends at the end of March. Hunting is allowed from ambush, approach or entrance.

Hunting for the wolf

From January to December 31 it is allowed to hunt animals of any sex and age from ambush, with luring, from approach, from the entrance, from the enclosure, including hunting dogs and hunting birds.

Boar hunting is allowed from April 1 to September 30. It is possible to hunt males older than two years and young males up to two years of any sex within one day. The method of hunting is an ambush shotgun, from the approach.

Hunting for adult males of trophy quality is allowed from August 20 to September 30, and for animals of any sex and age from October 1 to January 31. The method of hunting for trophy moose is a rifle enclosure, from an ambush, from an approach and with hunting dogs. An ordinary moose can be hunted in a paddock with dogs - during daylight hours, and during daylight hours from an ambush or from the approach.

Video of goose hunting can be viewed here.

Fishing and hunting in Belarus can be an unforgettable experience. The necessary equipment can be rented together with several tents for those who would like to devote a couple of days to their favorite activity.