Who are we without culture?! Indeed, culture is a peculiar sum of the achievements of mankind in production, social and spiritual life. Therefore, each ethnicity (people) over time and accumulates reserves various materialityуs, socials and achieve spiritual, which together form the cultures in this ethnic group. Who are we - Belarusians, and what achievements we left for our ancestors, let's try to highlight further.

It is traditionally believed that the formation of the ethnic culture of Belarusians was influenced not by one, but by a whole complex of factors: this is the general territory, features of everyday culture and economic activity, customs, rituals, traditional folk art, a language of communication typical of Belarusians. It is traditionally believed that the Belarusian ethnic group began to form as a result of the disintegration of a single Old Russian nation in the 13-14 centuries. Living in the territory of the Grand Duchy of Lithuania, Belarusians borrowed part of the culture of the Baltic tribes. Today, the ethnic culture of Belarusians includes elements of the culture and language of Russians, Ukrainians, Poles, Lithuanians, as well as representatives of the Jewish peoples. Although after 1991 the goals were the times of the collapse of the USSR, there was a sharp outflow of representatives of the Jewish people in Belarus, due to the popularity of the so-called “Jewish Repatriation Program to Israel”. For centuries, Belarusians as an ethnos have formed the following traditions and rituals: «Kolyadnye Kings», spring ceremony «Yuryev Round Dance», a celebration in honor of the veneration of the Icon of the Mother of God of Budslavsky (Budslavsky Fest).

Modern Belarusians prefer pop and rock music. They go to theaters and cinema, prefer outdoor activities, cycling and fishing. Many people like to visit the baths, an indispensable attribute of which is a broom and good company. In contrast to the Soviet era, the bulk of the population constantly attends churches, considering it their duty to observe Christian traditions.

The real all-Belarusian heritage is considered such castles as:

If you are a fan of drama, satire or just want to get rich spiritually, then you should definitely look into such theatrical institutions of the country as:

State Puppet Theater of the Republic of Belarus

The only opera and largest theater in Belarus is the National Academic Opera and Ballet Theater, which is located in Minsk. The building has the status of a monument of architecture of national importance.

Ballet in Belarus is inextricably linked with the name of the famous choreographer - Valentin Elizariev. At the age of 26, he became the main choreographer of the Belarusian Academic Opera and Ballet Theater. He created the modern Belarusian ballet, leading the ballet troupe for 30 years. He formed a new type of ballet dramaturgy based on the end-to-end development of the action, on the metaphorical and manifold plasticity, on the subtle interaction of choreography and music with stenography. In 1996 he was awarded the title of «The Best Choreographer of the Year» and the Benois de la Dense award, established by the International Dance Association, for the choreography of the Passion Ballet (Rogneda).

Each tourist will be interested to know that we have the Minsk International Film Festival «Listopad». The festival is even accredited by the Federation of International Film Producers Associations (FIAPF) as a specialized competitive film festival of the countries of Central Asia, the Baltic States, as well as countries of Eastern and Central Europe.

All guests of the capital will be pleasantly surprised if they can Visit the five following exhibition halls:

Gallery of the Belarusian Union of Designers

Gallery of modern art «U »

Historical figures of culture in Belarus

As with The list of Belarusian designers whose work is worthy of attention and have important on the part of lovers of art fashion.

Belarus takes fiction seriously. Every year in our country is held the Day of Belarusian writing. This holiday reflects the whole history of literature and writing up to our time. The most striking mark in Belarusian literature was left by such personalities as: 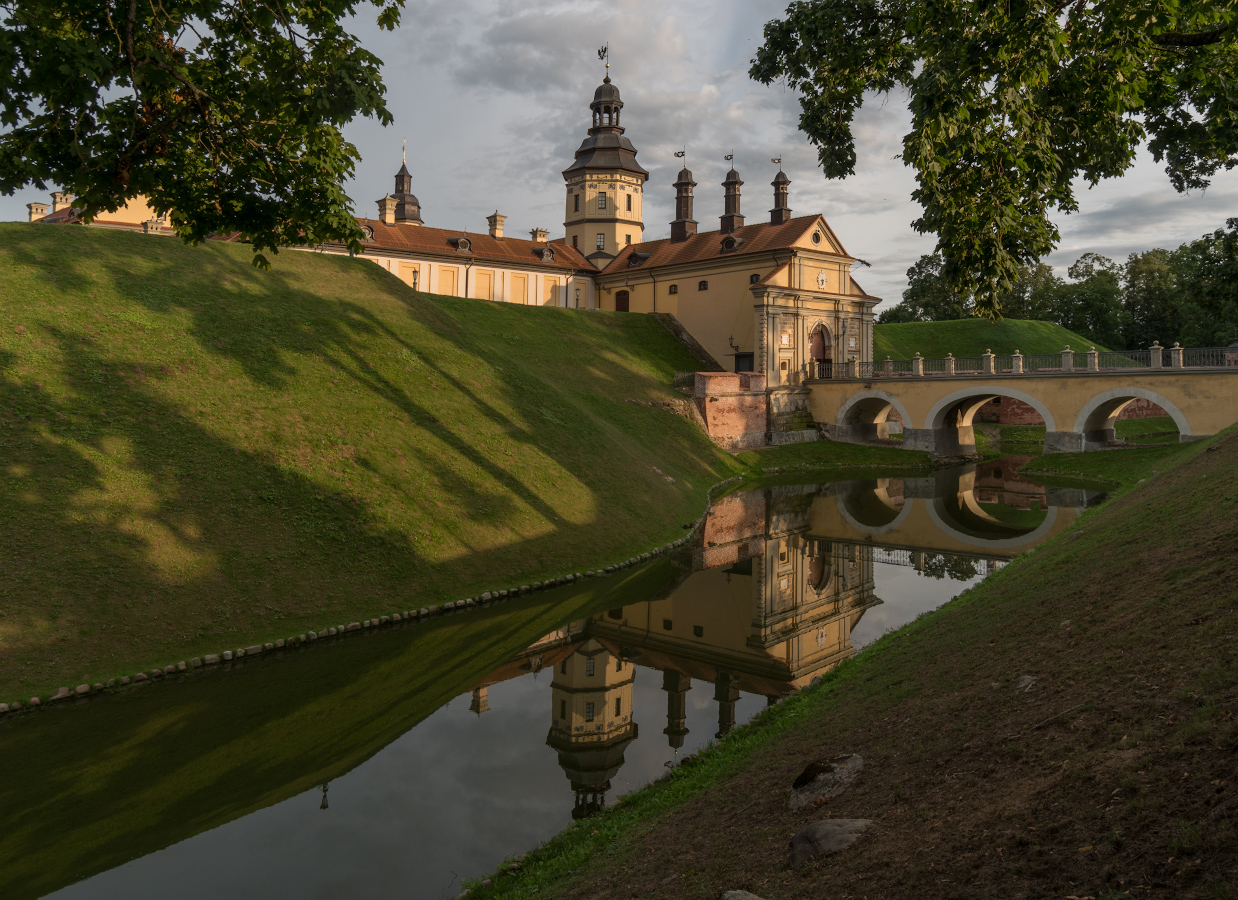 Belarus as a UNESCO member since 1954, as a permanent representative of the organization, our country maintains fruitful and dynamic relations. With the help of this organization, many interesting educational, scientific, communication and cultural projects are being implemented in our country.

Convention for the Protection of the World Cultural and Natural Heritage

In 1988, Belarus acceded to the Convention for the Protection of the World Cultural and Natural Heritage, adopted by UNESCO in 1972. To date, today 4 objects located in our country are included in the UNESCO World Heritage List.

The first in the List in 1992 was the National Park «Belovezhskaya Pushcha» (natural heritage site) - a unique protected forest in Europe, protected since the 15th century.

In 2000 the List of World Cultural Heritage entered built at the beginning of the XVI century castle complex «Mir ». The architecture, combining Gothic, Baroque and Renaissance, made it one of the most beautiful castles in Europe.

«The architectural and cultural complex of the Radziwills residence in Nesvizh»

The palace in Nesvizh was added to the List in 2005. Palace for centuries was the seat of one of the richest and most influential dynasties in Europe - the Radziwill family. Today, the magnificent restored castle - the National Historical and Cultural Museum-Reserve «Nesvizh » - is a visiting card of Belarus.

The world famous geodetic construction - Struve Arc was added to the List in 2005. This construction connected 265 points in 10 countries of the world: Norway, Sweden, Finland, Russia, Estonia, Lithuania, Latvia, Belarus, Ukraine and Moldova. According to historical data, there were 34 points in Belarus: 20 were preserved, and five of them, equipped with special signs, were included in the UNESCO World Heritage List.

The architectural ensemble of Independence Avenue in Minsk