Belarus is a country with a long and well-developed theatrical tradition. Residents of our country have always appreciated theatrical art and to this day remain its fans. Each regional center of our country has its own theater, or even several. In this article we will tell you about the most famous theaters of our “blue-eyed country”.

He is well known not only in Belarus, but also far beyond its borders, being the owner of numerous Grand Prix and prestigious awards of intercity and republican festivals.

Famous Belarusian playwrights and their most popular plays

The most famous Belarusian playwrights are:

Pavel Pryazhko was born in 1975 in Minsk. The author has written plays since 2004. His first works were noted at the prestigious international drama competitions "Eurasia" and "Free Theatre". Universal recognition came to Pryazhko after a special award from the jury of the Golden Mask theater prize for the play Life Was Successful (2010). His plays are translated into Polish, German and Finnish.

Buckle boasts success in England. So, the translation of the play “Harvest” was presented at the cult Royal Court theatre for contemporary drama. And in a play on the same play at the Ustinov Studio, the Guardian reviewer saw the tradition of the famous absurdists Samuel Becket and Eugene Ionesco, but was alarmed by the feeling of a “vague threat”.

Olga Prusak is from Vitebsk, she was born in 1987. She graduated from the Faculty of International Relations of BSU with a degree in Cultural Studies.

Films based on her scripts were shown at prestigious international documentary film festivals. Filmmaker Andrei Zvyagintsev noted the synopsis of “Custody” by Olga Prusak as the best idea for the film at the screenwriting competition from Rec in 2017. Director Vladimir Shcherban staged two performances based on her plays (“Degeview” and “Nobody Was Born Today”) at the Belarusian Free Theatre.

In the plays of Prusak there is a lot of humor, ridiculous and strange situations in which the characters find themselves. In a play about childbirth, this, of course, can be more aggressive than in a melodramatic comedy from the life of animators in life-size puppets.

Konstantin Steshik was born in 1979 in Salihorsk. His first play “Man, Woman, Pistol” became the laureate of the international prestigious competition “Eurasia” in 2005.

The well-known Russian director Semyon Aleksandrovsky carried out one of the most interesting projects based on Steshik’s short-term play (based on the photo diary of Phillip Toledano). In it, the viewer can walk around the main characters' apartment restored on the stage, and the text sounds like an audio guide in the headphones. After the Minsk premiere of this project, shows have already taken place in Estonia and Finland.

Steshik very fruitfully collaborated with the Belarusian Free Theater, was a co-author of many performances. According to his text, for example, one of the best performances of the “Relatives and friends” troupe has been staged. In addition, performances based on Steshik’s plays are in the theaters of Voronezh, Tyumen, Kaliningrad, Rostov-on-Don, Moscow, St. Petersburg, Gomel, etc.

Konstantin’s early plays, by the way, can be seen in Irina Volkova’s film “Dialogues” with the best Russian artists in the lead roles. This is an important point, because Steshik’s work is in a good sense “cinematic”: he thinks in terms of genres, angles and rhythms.

Andrey Ivanov is from Blagoveshchensk. She graduated from the philological faculty of the Brest State University named after A.S. Pushkin and the course “Scenic Excellence” at the Minsk Film School-Studio. The biggest news this winter is that Netflix bought out the Russian series Better Than People. One of his screenwriters is just Ivanov. Nobody believed that the next story about people and androids has a chance to stand out, but Ivanov’s script harmoniously develops a detective, romantic plot, as well as a family drama. And this is his strength.

Andrei is also the author of two major hits of the Belarusian independent theater of recent years (be sure to visit the performances “Crusade of the Children” and “From the School”, if not already). As a playwright, he is also known for the play “This Is It All” about a mother who is trying to connect with her son through social networks.

Dmitry Bogoslavsky was born in Minsk. He spent his childhood and youth in Kalmykia. Then he entered the Belarusian State Academy of Arts, where he received a director’s diploma. Since 2008, he was an actor of the Belarusian State Youth Theater. The first plays were written by a student at the Academy of Arts. But real success came to him in 2012–2013, when the plays “People’s Love” and “The Quiet rustle of leaving steps” won the Internet contest “Competition” in the framework of the “New Play” project of the Golden Mask All-Russian Theater Festival.

The plays of Bogoslavsky are loved by young directors. The most famous performance of his iconic play “Love of People” already happened at the Moscow Mayakovsky Theater directed by Nikita Kobelev. In Ukraine, the play “Quiet rustle of departing steps” at the Golden Gate Theater was piercingly and sharply made by Stas Zhirkov. Both of them are already recognized masters, and both are younger than the playwright.

Bogoslavsky is closely involved in stage plays and documentary projects. This is the case when the playwright is immersed in theatrical performance as much as possible. Probably, this helps both director's education and experience as an actor. You can’t think that all this comes easily to him: his plays are about how complicated everything is. 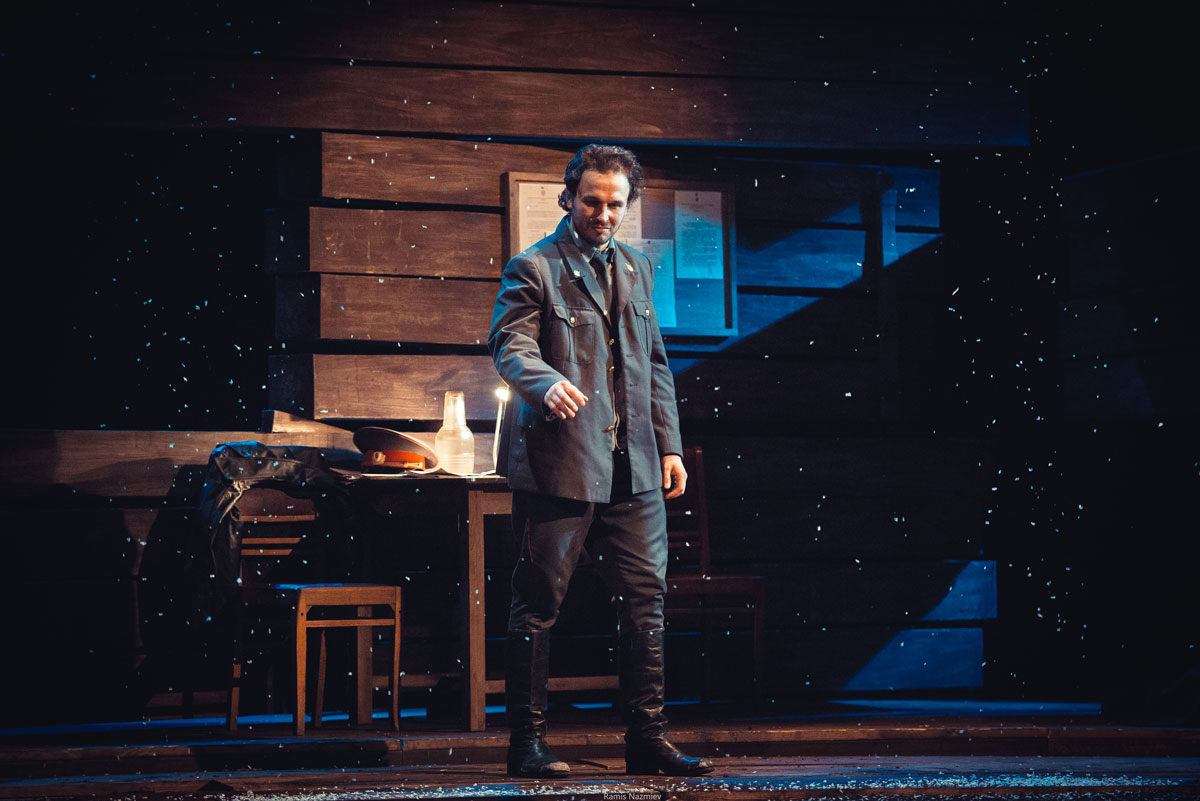 Try to get to one of the productions of Belarusian composers - for example, “Vytautas” or “Grizzly Legend”.

The theatre today is a pearl of architectural art, the pride of the Belarusian people, and is a visiting card of the country, attracting tourists. In addition to watching beautiful productions, opera and ballet, he can also offer excursions and creative meetings; photo sessions are also organized in the lobby of the theatre.

During the tour you can: learn about the architecture of the building and the history of the theatre; get acquainted with the unique features of the scene; look into the rehearsal rooms of artists; visit the workshops of the theatre.

Here you can find the actual information.

At the entrance to the theatre you will meet a sculptural composition of figures of five muses: “Poetry”, “Music”, “Painting”, “Theatre”, “Dance”.

More information can be found here.

RTBD began to work as a theatre-laboratory at the Kupalovsky Theatre, but then separated and began to work independently. He is known primarily for the productions of modern Belarusian playwrights.

The theatre is located near the city centre, near one of the most picturesque places of the city - Komsomolsky Lake. So after an excellent performance, you can enjoy a walk in a cozy park.

We advise you to visit the performances "Sіndrom Medeі", "Concrete", "Any kind of people."

Actual information can be found here.

Kupalovsky Theatre is the oldest theatre in Minsk. It has been operating since June 5, 1890.

The Kupalovsky Theater shows productions only in Belarusian, including those based on works by foreign playwrights.

Actual information can be found here.

The name of Maxim Gorky was given to the theater in 1955. The central place in the playbill of the theater in those years was occupied by Russian classics: "Petty Bourgeois", "Children of the Sun", "Vassa Zheleznova" by M. Gorky; “Optimistic tragedy” by V. Vishnevsky; The Power of Darkness by L. Tolstoy. And also “Virgin Soil Upturned” by M. Sholokhov; "Masquerade" by M. Lermontov; “Three Sisters” and “Uncle Vanya” by A. Chekhov. Currently, the theater troupe includes: National Actors of the USSR R.I. Yankovsky; National Actors of Belarus: O.M. Klebanovich, B.A. Masumyan, A.L. Weaver; Honored Actors of the Republic of Belarus: L.V. Bylinskaya, E.N. Goryachy, V.I. Shelestov, A.V. Malankina, A.A. Dushechkin, I.I. Matskevich, S.N. Checkers, O.N. Forest; Honored Actor of the Russian Federation A.L. Brukhatsky.

Actual information about the theatre you can find here.

This theatre is one of the oldest in Belarus. He has been working in Vitebsk since 1926 and delights his visitors with performances of various genres: from classic comedies to modern plays. Thanks to the Yakub Kolas Theatre, viewers learned the names of many honored and national artists of Belarus.

By the way, the Yakub Kolas Theatre is the only theater in Belarus that has national status, which operates in the regional center, and not in Minsk.

We recommend visiting the productions of "The Cherry Orchard", "The Seagull", "The Wise Men ...".

Actual information about actions of this theatre you can find here.

The theatre in Bobruisk has a great story. All theatrical troupes with pleasure came to Bobruisk in the 19th century. The famous Maria Savina made her debut here. And Pavel Orlenev wrote in his memoirs: "Bobruisk is a small city, but very theatrical." The public - local breeders, merchants, timber merchants, most importantly, officers of the Bobruisk garrison. The Jewish part of the city, quite large, was also the most active part of the audience. Performances were held in the premises of the firehouse club. The building is still preserved.

You can find out the current information about the theatre here. 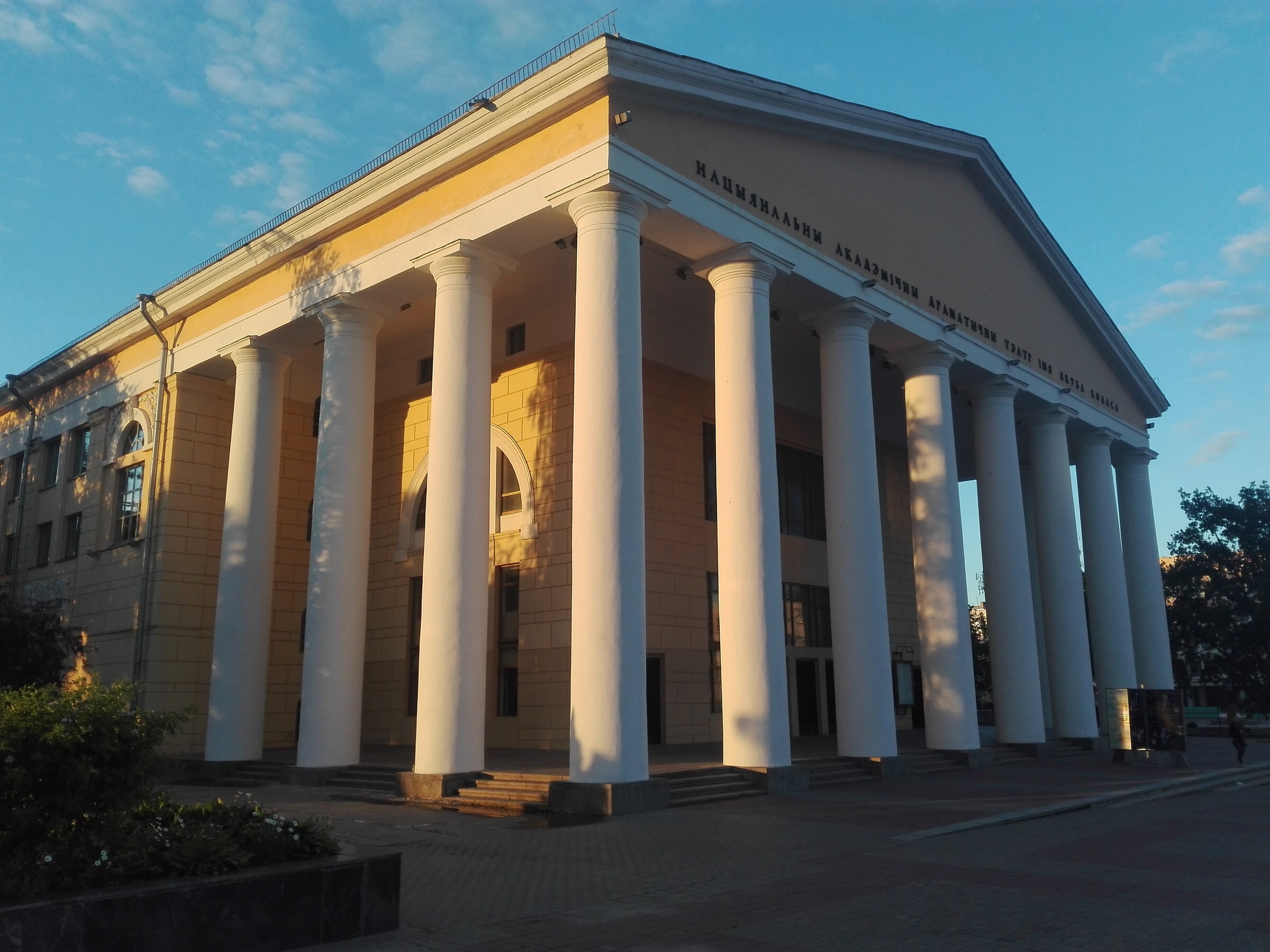 The only puppet theatre on our list is comparable in level to the best modern European theatres. Its “highlight” is spectacular productions with an unusual reading of classical stories.

The theatre is well known outside of Belarus. Even if you have not been a child for a long time, you will still be interested in visiting this wonderful place.

Adults will love the performances of Interviews with Witches and Birds.

You will find the current information of this theatre here.

In 1931, the first Young Spectator Theatre opened in Minsk. It lasted until July 1941. In 1956, the theatre reopened. At the end of 2008, the theatre was reconstructed. In 2017, the theatre of the young spectator received the title of Academic. The Youth Theatre is an architectural monument of Belarus.

Currently, such artists as Anastasia Ostapenko, Ivan Shrubeiko, Dmitry Kozel, Tatyana Ivanova, Alesya Gerasko and others play in the theatre.

The stage theatre today is a group of energetic young professionals, modern sound and lighting equipment, a convenient stage, a comfortable and cozy auditorium, a spacious lobby that allows you to organize receptions and buffets, as well as an advantageous location in the centre of Minsk.

• organization and holding of "turnkey" events of any complexity on the stage of the Youth Estrade Theatre;

• development of the concept of professional holidays, anniversaries, corporate evenings, celebrations in honor of the success and high achievements of the organization, honoring the best employees, etc .;

For this, the theater has all the conditions:

In addition, the Youth Estrade Theatre provides services to beginners and young performers:

- production of high-quality musical phonograms in a stationary studio on professional equipment;

- arrangements of songs of any difficulty level;

- preparation of performers for international, republican music competitions and festivals;

- Vocal and choreography classes at the Estrade Vocal Workshop and at the Estrade Dance Workshop, at the V. G. Mulyavin National Centre for Musical Art. 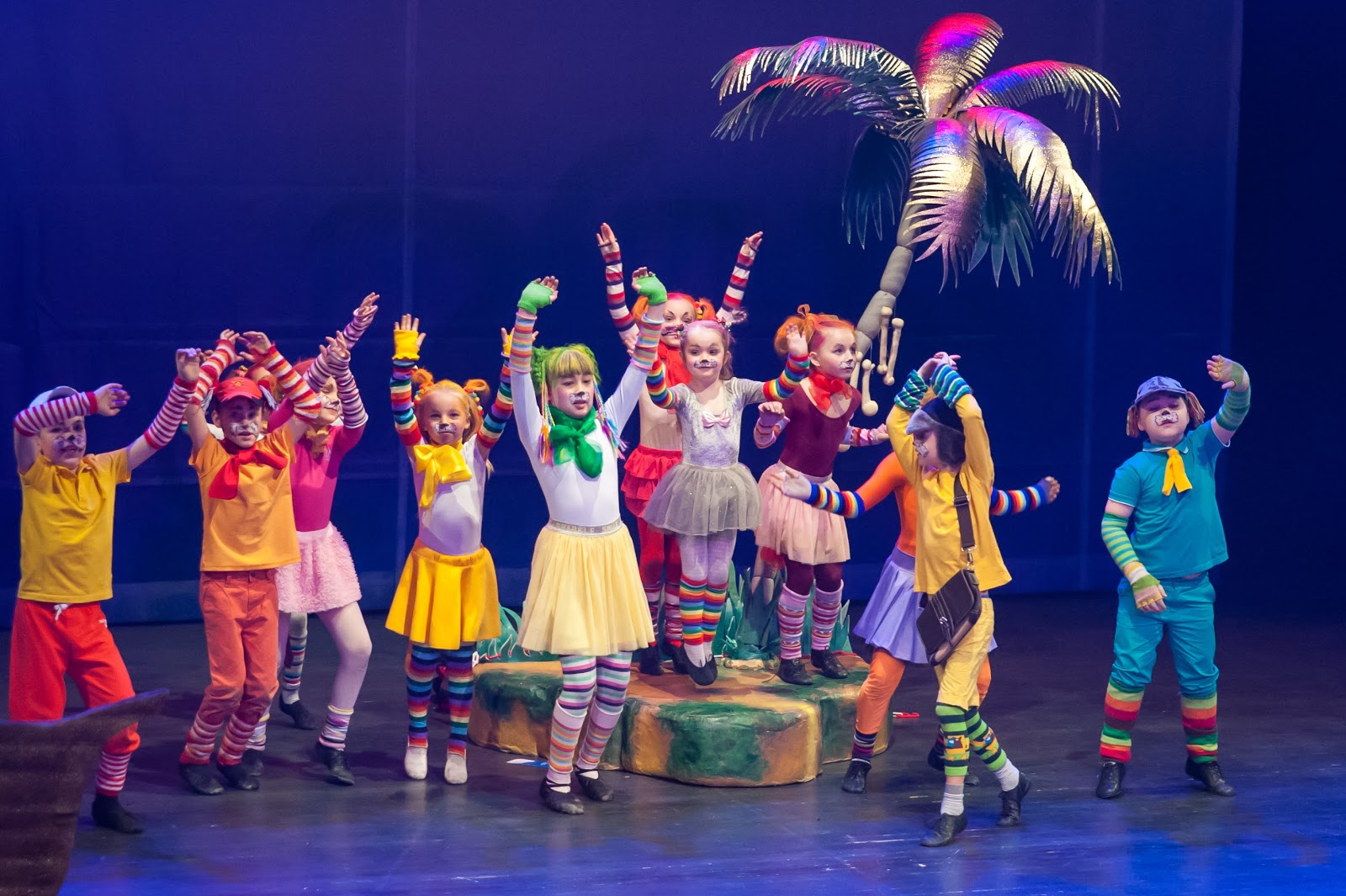 The largest theatre forum in Belarus traditionally consists of three sections: the International Program, the Belarus Open showcase and the TEART School educational platform. There are no random names in the TEART poster: all productions invited to Minsk are recognized examples of theatrical art, awarded with various awards and decorated prestigious world festivals. TEART focuses on experimentation and artistic innovation in the theatre.

A mandatory part of the theater festival is master classes, meetings with the creators of performances, open discussions and much more.