9 million people of different religions and nationalities live in Belarus. Therefore, the country is rich in mosques, churches and churches. Today we will introduce you to the most beautiful religious temples in Belarus.

The question of a person's religion is considered incorrect, and some countries consider this topic a taboo. In Belarus, there are currently about 25 religious denominations, and the most widespread are Orthodoxy, Catholicism and Protestantism.

The most beautiful religious temples in Belarus

There are several thousand religious buildings in the country, each of which is distinguished by its individual construction. Today we will look at the most popular and beautiful ones.

The history of the church begins in 1526. It looks like a neo-Gothic temple with rich Lithuanian carvings, inside it is a rich building with a sustained style.

Often, tourists come to the village Gervyaty as part of an excursion program for ecotourism in Belarus or active recreation in the provinces of the country.

Today the building of the church can be seen in its original form. Organ concerts are periodically held here. unique acoustics have been preserved in the temple. 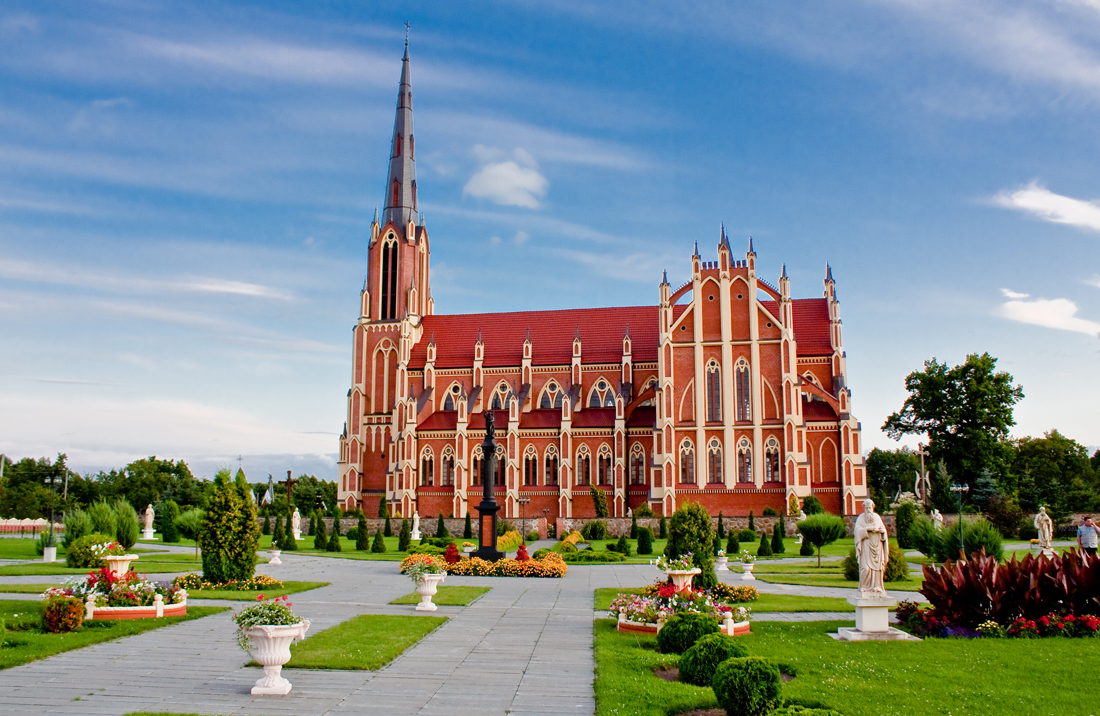 The temple was built in the very center of Grodno, and is undoubtedly its main attraction. It is a striking example of the 18th century Baroque, which still amazes modern tourists.

At the entrance to the temple, you can see a sculpture of Jesus Christ, and a mechanical tower clock is located in the North Tower. This is the most ancient device in Europe, and it still works today.

Thousands of tourists come to admire the church every year, and its location allows you to meet lovers of not only religious tourism, but also city tourism.

The church is an architectural monument of Nesvizh built in 1584. At that time, it was the first baroque church in Eastern Europe.

In the covered underground entrance of the church, you can go to a unique place - the tomb of the Radziwill family. 72 people from the family dynasty and their relatives are buried here. The last burial took place in 2000.

Church of the Nativity of the Virgin Mary

The highest church in Belarus, the pearl of Vidza and the place of walled up shell heads - the Church of the Nativity of the Virgin Mary. The building is made in the neo-Gothic style with openwork window frames and pointed arches.

Today, the potential of this place is not fully explored, and it is included only in part of the religious routes of Belarus. But those who have been here at least once can definitely say about the interior decoration of the church as the most impressive among the churches in the country.

The first stone temple in the country and a place included in the preliminary list of UNESCO - St. Sophia Cathedral. The cathedral has survived to this day with almost preserved foundations, pillars and walls. The cathedral is an example of ancient Russian architecture with baroque columns, stucco decorations and figured cornices.

The cathedral is popular among tourists and residents of the country, therefore, excursions and services, creative evenings and events are often held here. The monastery is one of the oldest buildings and is subsidized in 1125.

Its founder was Euphrosinia Polotskaya. She oversaw all stages of the construction of the church, and was also the inspiration for her architectural project. The walls of the temple evoke a feeling of lightness and unobtrusiveness.

The most famous exhibit of the monastery is the cross made by Lazar Bogsha. It was kept in the temple from the day it was founded until the beginning of the Second World War. In 1941 it was stolen, and today a copy of the cross is presented in the church.

The Polotsk Spaso-Euphrosinievsky Monastery is included in the list of the Republican historical and cultural heritage.

Church of St. Michael the Archangel in Synkovichi

The church was built in the 15th century in the village of Synkovichi. Residents call it easier - St. Michael's Church. People come here not only from all over the Republic, but also from neighboring countries. What is the secret of this temple's appeal?

It is believed that the icon of the Mother of God "The Tsaritsa" has miraculous properties. It was written specially for the St. Michael's Church on Mount Athos and is hung with gold ornaments. Every visitor to this temple awaits a healing action, and you can read about the miracles associated with this icon in the Book of Testimonies of Healing Miracles.

On the first Friday of the month, you can meet here praying for healing from cancer, and on the third - praying from severe forms of addiction.

The church was founded in Glusk in 1629. Like other temples and mosques, the church could not stand the Second World War. After the war, it was used as a stable, cinema, club, and more. Now the old place of the church belongs to the restaurant.

In 1989, the church was revived on the outskirts of Glusk. Material support was provided by residents and parishioners, and through joint efforts, 11 years later, the temple began its activities again. Today the church continues to receive believers, and a whole residential area has been built around it. 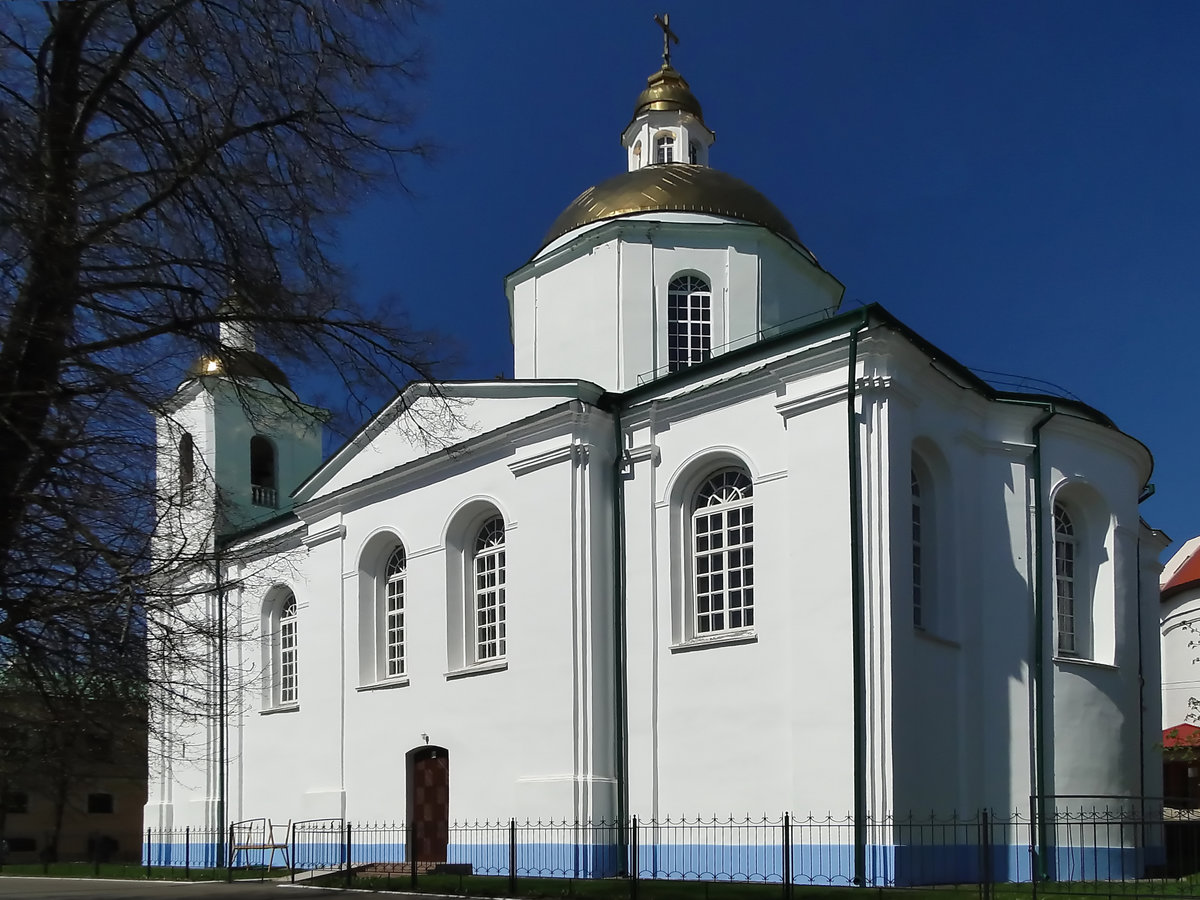 Today the mosque is the largest Muslim temple in the country.

The history of the temple is connected with the appearance of the first mosque in the 16th century. At that time, many Tatars lived in Minsk. They organized their cemeteries and mosques, which have not survived to our times.

And in 2016 it was decided to build a Cathedral Mosque for the followers of Islam. Today in Belarus there are about 10 thousand such mosques.

Ivye is rightfully called the Tatar capital of Belarus. About 600 people of Tatar nationality have found permanent residence here, and this is one of the largest Tatar communities in the country. The history of the settlement of the Tatars on the Belarusian lands is very old and has more than 600 years.

Today the Tatar community and their mosque in Ivye have gained great fame outside our country. This temple is the only one that has survived the theomachic Soviet times. Today Ivyevskaya Mosque welcomes Muslims from Turkey, Libya, Morocco and other countries. Muslim students from various Belarusian universities come here to pray. Frequent guests here and ordinary tourists who are interested in getting acquainted with Muslim rites and traditions.