The Holy Resurrection Cathedral in Borisov

The St. Simeon Cathedral in Brest

Holy Spirits of the Cathedral

The Holy Dormition Monastery in Zhirovichi

Most of the Belarusian people are believers. A large percentage of the population knows the dates of all Orthodox holidays and follows traditions. The article will tell you about all the nuances of the Orthodox churches in Belarus, and introduce you to the best of them.

History of Orthodoxy in Belarus

Orthodoxy came to the Belarusian lands from ancient Byzantium and the Scandinavian countries. But to a greater extent, the consciousness of the inhabitants was changed by the baptism of Prince Vladimir and the people of Kiev in 988. This became the date of the adoption of the faith by the highest nobility of Polotsk.

988 is associated with the beginning of the Orthodox Church in Belarus. The development of the ideas of Orthodoxy in the country is supported by such leaders of opinion as Euphrosyne of Polotsk, saints of the Polotsk diocese Mina, Dionysius of Turov, St. Cyril and others.

Until the 14th century, the Kiev Metropolitan See was the only church for Eastern and Western Russia, and already in 1316 an independent Lithuanian Metropolitanate was opened.

Then in 1382 the throne of the kings passed into the hands of Jagiello, who married the Polish princess. True, one condition was put forward to him - Jagiello was obliged to accept Roman Catholicism and bring the people under the rule of the Vatican, to which he agreed. As soon as this happened, the Orthodox Church was deprived of the patronage of the state.

Already in 1591, a secret meeting was held, according to which a decision was made to join the Orthodox dioceses to the Roman Catholic Church. The union was established in White Russia for 243 years.

In February 1839, in Polotsk, the Uniate bishops drew up a conciliar decree on the reunification of the Uniates with the Orthodox Church. The triumph of Orthodoxy in Belarus took place on March 25, 1839.

Orthodox holidays are sacred periods that are associated with the earthly life of Jesus Christ. In Belarus, they are very sensitive to each of them. Among the most famous:

• Easter (the holiday falls annually between April 4 and May 7);

• Nativity of the Virgin (the holiday is celebrated annually on September 21);

• Exaltation of the honest and life-giving cross of the Lord (the holiday is celebrated annually on September 27);

• Nativity of Christ (the holiday is celebrated annually on January 7);

• Baptism of the Lord (the holiday is celebrated annually on January 19), etc.

Nativity. This holiday is usually awaited with special trepidation. First they celebrate Christmas, and then they celebrate New Year. The most widespread tradition is to decorate Christmas trees just for Christmas. In 1918, Russia switched to the Gregorian chronology. The church continues to live on the old calendar, so the New Year comes first and only then Christmas.

Christmas Eve. Traditionally, Christmas Eve is called the day on the eve of the holiday. Christians observe a strict fast, and try not to sit down at the table until the evening. The birth of a baby is a very reverent event, therefore this holiday is held in the circle of the closest people. They sit down at the table with the first star. The hostesses prepare 12 Lenten dishes for Holy Evening, which symbolizes the 12 months of the year, and 12 apostles, and 12 main holidays of the Church. The main delicacy is kutia.

Shrovetide is a holiday of meeting spring. True Orthodox Christians consider it obligatory to go to the bathhouse before the last days of the holiday in order to wash away all the bad things. Earlier, on this day, fierce fistfights were organized, a stuffed Marena, planted on a pole, was burned, and immediately after the holiday people were taken to agricultural work.

Percentage of Orthodox Christians in Belarus

According to the survey, the number of Orthodox Christians in Belarus is about 4.5 million people, which is about half of the total population.

Almost 59% of the respondents consider themselves to be believers. 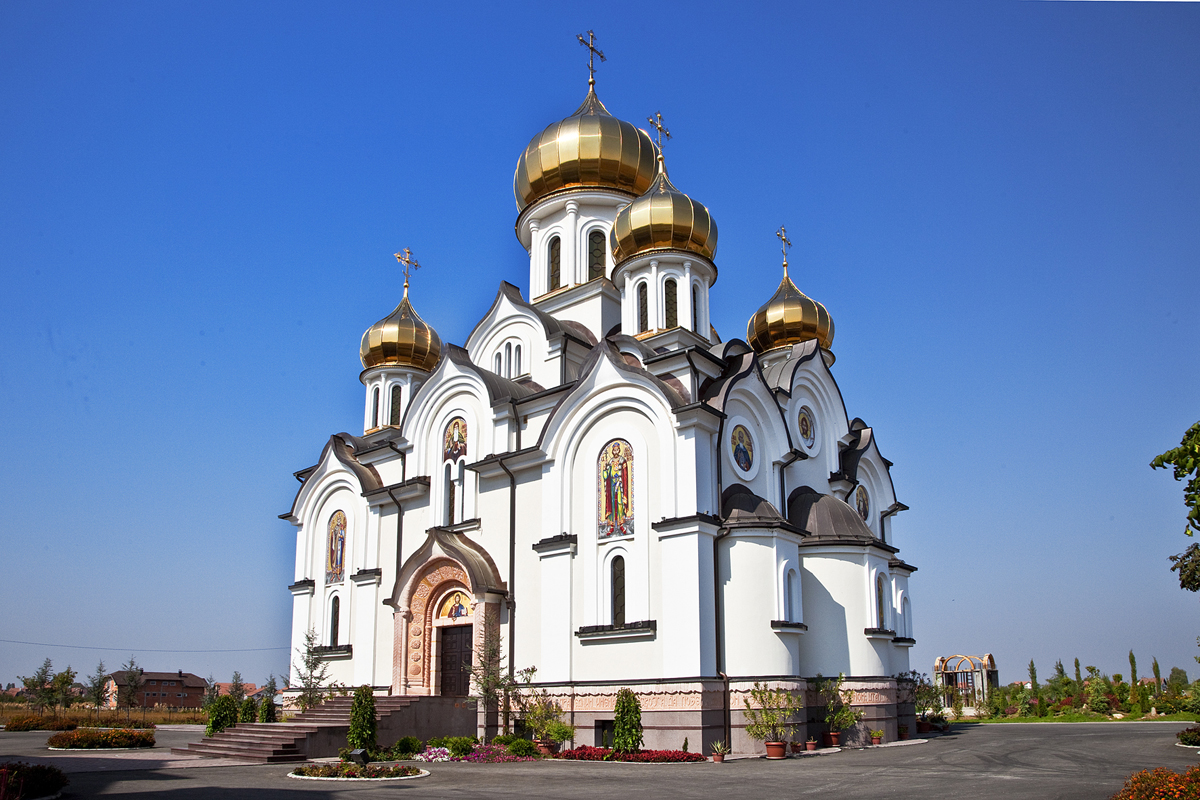 Freedom of religion in Belarus is guaranteed by the Constitution, so everyone can feel free to their faith and freely visit religious institutions. Before visiting, pay attention to your appearance: women should come to church in long skirts, and also do not forget about the headscarf. Men must take off their headdress before entering the church.

Orthodox churches of the 17th and 18th centuries are distinguished by their variety of architectural solutions; with different designs, general planning and compositional solutions are characteristic.

Cross-domed stone churches were the main type of monumental Orthodox churches of the 17-18 centuries. Along with them, domeless churches were built, which were a basilica.

• Church of the Holy Trinity in the village of Shilovichi, Volkovysk region;