Studying the culture and mentality of Belarusians is impossible without understanding the religious history. That is why we will tell you about the history of origin of religion in Belarus, prevailing religions and the number of believers.

Until the 10th century, paganism was the only religion in the Belarusian lands. It is known from chronicles and ethnographic expeditions. At the end of the 10th century, Christianity came from Byzantium, and already in the first half of the 11th century, Sophia Cathedral was built in Polotsk, Novgorod and Kiev. Changes also concern the titles of ruling persons in Kiev and Novgorod. Now they become canonized saints. In the western lands of Belarus, Christianity has long neighbored with paganism. One of the first churches was built in Grodno in the 12-13th centuries. 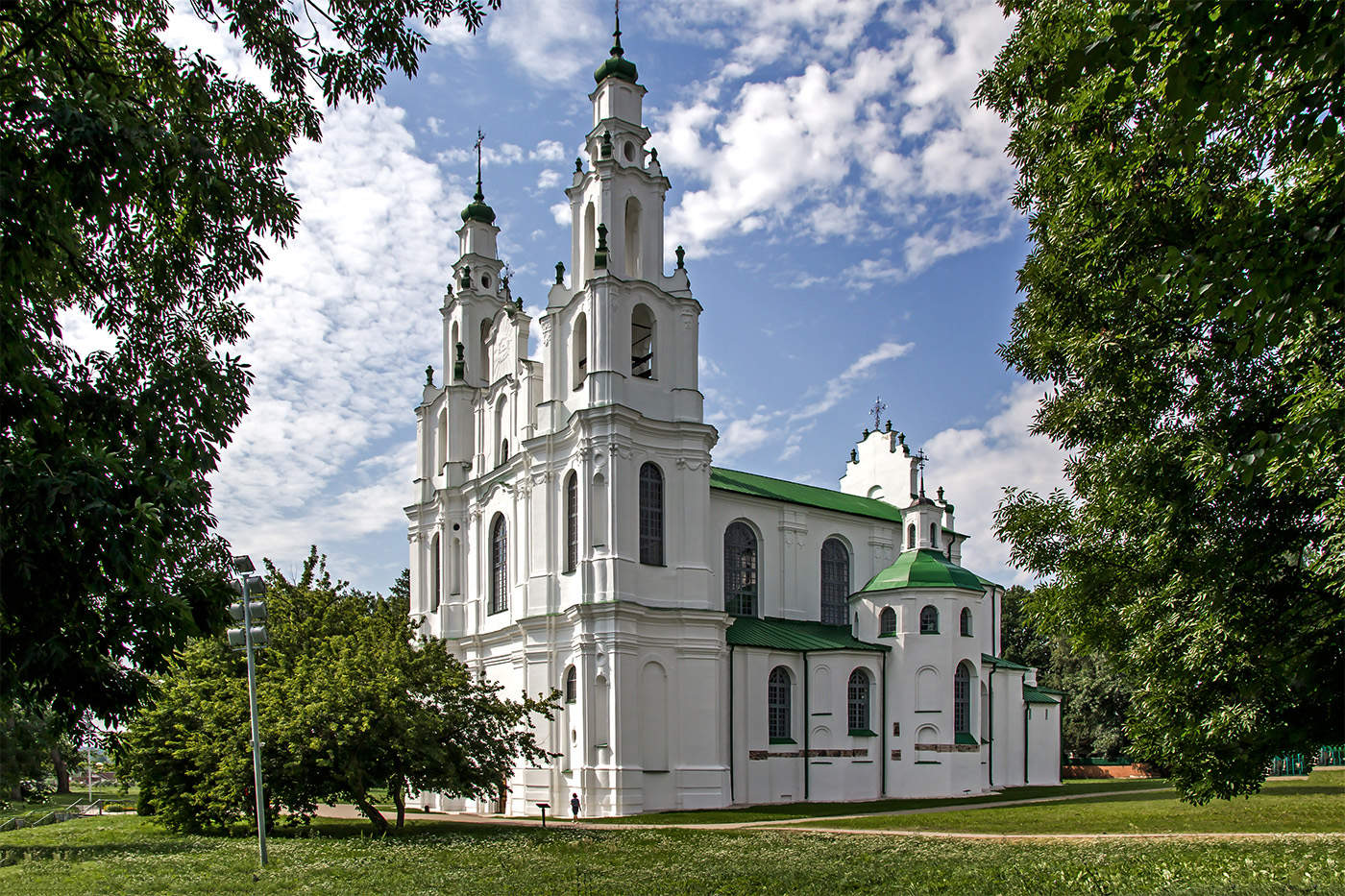 What is the official religion in Belarus?

Belarus is a multi-confessional state. At present, there are 26 confessions in the country. The Constitution of the Republic of Belarus guarantees freedom of religion. Christianity is the dominant religion. Traditionally in Belarus there are Christian (Orthodoxy, Catholicism, Old Belief, Protestantism) and non-Christian (Islam, Hinduism) confessions. Orthodoxy ─ the most common religion, which is the largest and oldest Christian faith in Belarus.

Religions of the Republic of Belarus

Orthodoxy is the most widespread religion in Belarus. For example, in 2001, the share of believers belonging to the Russian Orthodox Church was 37% of the total population of Belarus. There are more than a thousand Orthodox churches and monasteries in the country and their number is growing every year.

Many monuments and architectural attractions in Belarus reflect the traditions of Orthodoxy.

Catholicism is the second most popular religious confession in Belarus. According to the Catholic Church, about 15% of the country's population belong to it. As well as the number of Uniates is up to 10 thousand people.

Protestantism came to the territory of Belarus in the 16th century in the form of Luther teachings. For example, in the Prussian Duchy it was approved as the official religion.

Today, over 500 thousand people in Belarus belong to the Protestant denomination.

According to Jewish communities, between 30 and 40 thousand citizens of Belarus consider themselves Jews, but the vast majority of Jews in Belarus are not believers. According to the data of the population census, the number of Jews in Belarus is decreasing: if in 1979 there were about 135 thousand of them, then in 2009 their number decreased by 10 times and amounted to 13 thousand people.

According to the census of Belarus in 2009, the number of Muslims was about 22 thousand people, and in 2014, their number is estimated at 19 thousand, that is, about 0.2% of the population.

The unregistered religious denominations in Belarus include Buddhism, Rodnoverie and the Belarusian Autocephalous Orthodox Church.

There are several unregistered Buddhist communities in Belarus, including Osho, Theravada, Karma Kagyu and others.

In Belarus, paganism has had a certain impact on the Christian ritual, which is manifested in the preservation of some pagan holidays: Dzyadi, Radunitsa, Koliada, Ivan Kupala, seeing off Winter, etc., as well as other pagan holidays. Since the end of the 80s of the 20th century, there has been an increase in the number of people who identified as pagans, and the greatest development had Rodnoverie. But today this movement is not organized in any way and has a natural character.

Also today, there are several religious organizations that position themselves as the Belarusian Autocephalous Orthodox Church, but they operate outside the country.

Number of believers in modern Belarus

According to the Ministry of Belarus in 2015, 59% of the country's population are believers.

Today there are about 30 thousand Muslims living in Belarus, 10 thousand of whom live in Minsk.

According to various estimates, from 800 thousand to 1 million Jews live in Belarus today, but it is difficult to single out the number of believers among them, because the majority do not consider themselves to be of any religion. 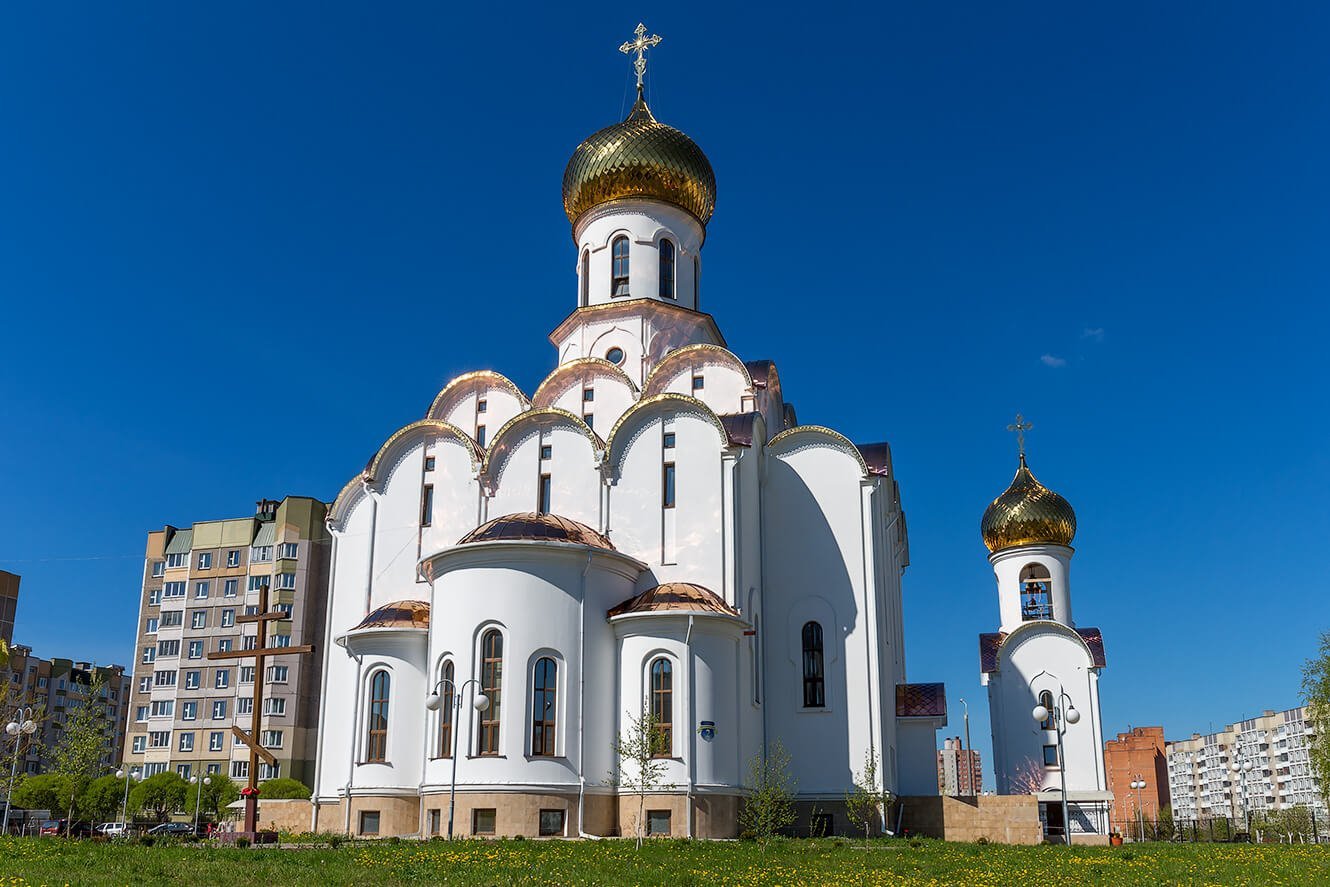 In 2011, survey data showed that 93.5% of the population belong to a particular religion:

In 2012, another survey was conducted, in which 95.5% of the population identified themselves as believers:

Religion and its institutions in modern Belarus

There are over 1000 Orthodox churches in Belarus. The number of churches is increasing every few years. A network of educational institutions is also developing, where representatives of different confessions can receive religious education. These include the Institute of Theology named after Saints Methodius and Kirill. Students here receive theological education, while the rector is Patriarchal Exarch of All Belarus Metropolitan Paul.

The state of Belarus supports the initiative of representatives of various religions, working to prevent the activities of religious sects.

Apart from the Catholic (December 25) and Orthodox (January 7) Christmas, there is also a special religious day in the Republic of Belarus ─ the ninth day after Orthodox Christmas. On this day, the Belarusians visit the graveyards to honor the memory of relatives and close friends.

Belarus has a rich religious history, and religious tourism is very developed. There are plenty of holy places in Belarus, where you can purify your soul and join the holy sources. There are also about 200 sacred springs. The water in such springs is clean, transparent, tasty and has a high content of useful salts and minerals.