Mogilev is a city in the east of Belarus, the administrative center of the Mogilev region and the Mogilev region. Over the years, the city has been overgrown with stories and urban legends, which we will tell you about today.

A brief history of Mogilev

The city of Mogilev has been known since the late Paleolithic era. The analysis of the parking lots makes it possible to state the ancient history of the city.

The city is surrounded by a lot of mysteries and legends, like its origin. It is said that the city was originally built as a guard fortress surrounded by handicraft settlements of the 11th century.

There are also many legends about the name of the city, and not one of them has any evidence. Perhaps the city was named after the name Tomb, which is confirmed by the suffix "-ёv", usually combined with personal names. But the legend is overshadowed by the fact that the history of the city does not remember a single hero with that name. Therefore, some historians think that the name is associated with the name of the Mighty Leo.

In the 12th century, there was a fortified settlement on the site of modern Mogilev. Found glass bracelets, metal tools, various ceramics, processed bone, bottoms with princely insignia testify to the presence of a settlement and the stormy life of that time. Based on these findings, we can say that the princely administration and soldiers were present there.

The city was not spared by numerous wars and its complete destruction. Nevertheless, the city withstood all the attacks, and was rebuilt. To tell the truth, not a single city in our country had then three belts of fortifications, as it was in Mogilev.

As a result of the Union of Lublin, the city became part of the Polish-Lithuanian Commonwealth, and already in 1577 received the Magdeburg Law. During the following years, the city was attacked and partially destroyed.

The city became part of the Russian Empire after the first partition of the Polish-Lithuanian Commonwealth.

The locals and soldiers of the city fought bravely against the Napoleonic army during the war of 1812. Many people were killed and plundered. In honor of the memory of the battle near Saltanovka, a monument was erected.

Then the history of the city remembers the events of the First World War and the 1917 Revolution. But the events of the Great Patriotic War remain the saddest. German troops fought for 17 days in all directions on the outskirts of the city. In memory of the feat, memorial complexes have been opened throughout the Mogilev region. 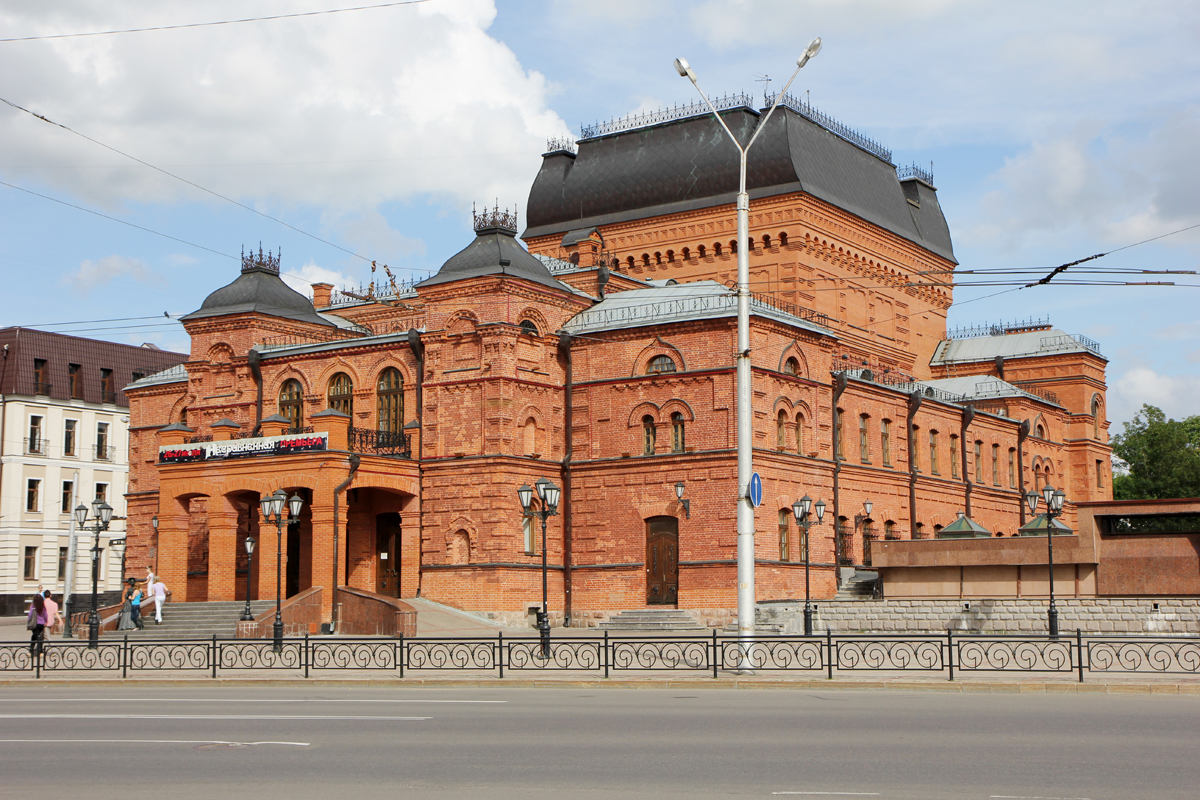 According to the census data as of January 1, 2020, 1,024,151 people live in the Mogilev region. The urban population was about 81% of the total population of the region.

In Mogilev, you can often meet tourists who come to admire the beauty of Belarusian Prague. Among foreigners, Russians are most often encountered, because the border with Russia is located at the shortest distance from the city.

The city is officially divided into 2 administrative districts:

The main attractions of Mogilev

The railway station is a striking example of neoclassicism. Tourists consider this attraction one of the first, because the railway networks of Mogilev are widely developed. As soon as you enter the building, you will immediately see the sculpture of the station warden, who is on patrol day and night.

The Catholic movement is especially developed in the city, so all believers do not forget to visit the Church of St. Stanislaus. The monument is not only a striking landmark of the city, but also known throughout Belarus.

The theater has been known since the reign of Emperor Nicholas II, and today it continues to function and invites spectators to performances of various genres. The building was built in the neo-Russian style of red brick, so every tourist will be able not only to appreciate the skillful performance of the artists, but also the architectural solution of the masters.

The Square of Stars is a unique monument to the Stargazer. There is an interesting monument on the square, which personifies the Astrologer, sitting on a chair by the telescope. Along the perimeter of the monument, you can see 12 chairs that symbolize the signs of the zodiac. Tourists are interested in this exposition, and take several photographs on the throne of their sign.

The architecture of the city surprises tourists with its talented performance. The city has preserved many residential buildings and civil buildings of the 18-19th centuries. Coming to the city center, you can find many architectural monuments that represent the historical heritage of the city.

As a contrast - modern architecture, which gives a unique look to the culture of Mogilev, and at the same time serves as the original frame of the historical pearls of the city.

The official symbols of the city are the coat of arms and the flag.

The coat of arms is designed as follows: in the blue field of the Baroque shield, at the green end, there are three silver towers, in the open gate of the middle one there is a silver knight in armor with a sword raised above his head.

The flag is a rectangular silvery cloth with the coat of arms of the city of Mogilev in the center of the obverse.

Culture and sports in Mogilev

In Mogilev, sports activities are developed, and young people are taught a love of sports from an early age. Thus, there are 54 sports facilities throughout the region. Today Vitebsk athletes train in such institutions as the Mogilev city physical culture and sports club, as well as schools and sports sections.

Along with sports activities, Mogilev instills a love of art. You can spend an evening according to the cultural program in the Drama Theater or in the local history museum.

Railways directly connect the region with all regions of the neighboring countries.

Public transport in Mogilev is buses, trolleybuses and minibuses. They can take you to any part of the city. There are no problems with the schedule - the transport runs regularly.