The Museum of the Belarusian Cinema History

National Historical Museum of the Republic of Belarus

Museum of the RSDLP

Museum of Physical Culture and Sports

Museum. What associations with this word did you have at school? And what now? Over the years many begin to understand the value of these places. But do you know about their diversity? Art museums, reserve museums, regional studies, fine arts, museum of art, military technology museums, modern museums. In this article we will talk about museums in Belarus and find out which ones are worth visiting for adults, and where it would be better to come with children.

The largest museums in Belarus

Of course, the largest state museums are located in the capital. The development of the capital's museums keeps pace with global trends. They collected the most ancient collections. So, Vilensky is considered to be the first museum in Belarus, since it opened in Vilna in 1856. The main collections of the Villensky Museum of Antiquities reflected the material and spiritual culture of Belarusians. Currently, there are about 160 museums in Minsk. The largest of them are listed below. 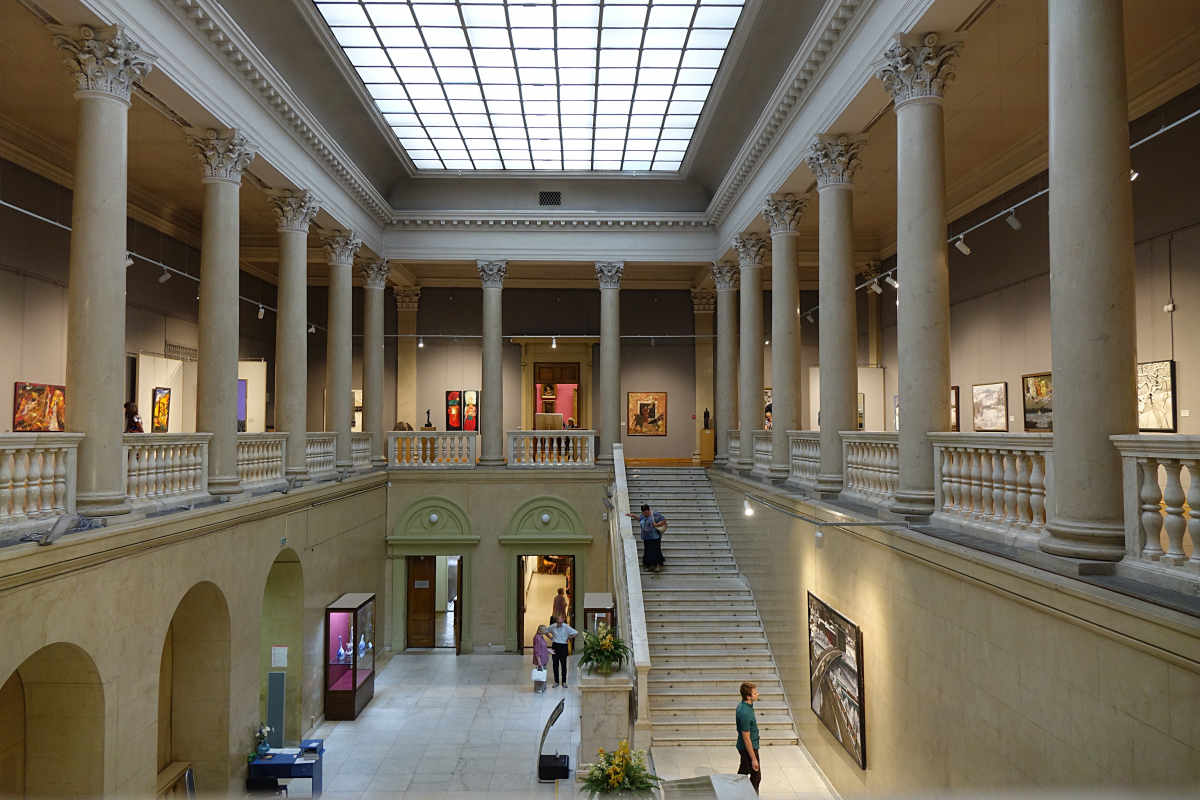 You have probably heard about this museum, the largest art museum in Belarus, located in the center of Minsk, on Lenin Street 20. From 1939 to 1957 there was a State Art Gallery instead of a museum, and from 1957 to 1993 it became the State Art Museum.

The name speaks for itself. This is the most visited museum in Belarus, as there are 400 thousand items in stock. Museum collections and exhibition venues contain a unique collection of treasures from different parts of Belarus, valuable documents, old printed books, Slutsk belts, a collection of musical instruments and weapons, valuable china and much more.

Museum of the Great Patriotic War

The museum, created during the occupation, is the first in the world dedicated to the Great Patriotic War. Today the museum is on a par with the largest museums in Kiev and Moscow in memory of the most bloody war, where every third resident of the country died.

The museum has collected exhibits relating to Belarusian and Soviet Olympians, various sports and outstanding personalities of physical education.

The museum was opened in 2006 in the building of the Olympic Sports Center "Olympus". Today, the museum has three exhibition halls in which visitors can familiarize themselves with the history of the emergence and development of the international Olympic movement, as well as its origin in Belarus.

Samples of Olympic medals, the names of great athletes and much more can be seen at pr. Independence, 49.

Museum of the History of Cinema

Despite the thirty-year history, the museum is rightfully considered the youngest in Minsk. It was founded on the initiative of Belarusian cinematographers in Minsk in 1966 as a departmental at the Belarusfilm film studio for collecting and preserving materials about national cinema, popularizing its achievements. The museum keeps the memory of a significant layer of culture of Belarus of the twentieth century - Belarusian cinema and its creators, includes the best cinema phenomena of the past in the modern cultural context, popularizes the latest achievements of domestic film masters.

The tragic fate of the people affected during the Second World War did not pass without a trace. In this regard, there are a lot of memorial complexes in Belarus that preserve the memory of that battle.

In the war years, the fortress was one of the first which was taken the blow, and the people selflessly held the siege for about a month. Today, there is a memorial complex opened in 1971. It includes objects of architecture and monumental sculpture of the 60s of the XX century, immortalizing 276 names of memorial plates, under which the remains of 1022 people are buried, as well as a museum.

Tens of thousands of tourists from all over the world come here annually to see first-hand the magnificent monument of the late Middle Ages, to walk through historical parks and to see the rich decoration of living rooms and internal ceremonial halls, therefore Nesvizh Castle is one of the most visited places in Belarus. This place is also included in the UNESCO World Heritage List, which attracts more and more tourists.

Mir Castle is included in dozens of excursion programs dedicated to the rich history of the Grand Duchy of Lithuania. The architectural ensemble is included in the UNESCO World Heritage List, reconstruction festivals are held here annually, quests, educational routes and scientific conferences are organized.

Other museums in Belarus worth visiting

Almost every city will be glad to offer you a visit to the museum, but how difficult the choice is when as much diversity. If your direction is museum tourism, now we will introduce you to the most eccentric museums in our country.

A museum called Groshi, which in Belarusian means money. Here you can find the most ancient examples of Belarusian coins, as well as samples of coins from different countries of the world, such as the Roman Empire, the Republic of Poland, Grand Duchy of Lithuania, Russia, etc.

The official opening of the Groshi Money Museum took place on August 09, 2018. Initially, the museum’s exposition was conditionally divided into 2 directions: commemorative coins of the Republic of Belarus and monetary circulation over the past 120 years. To date, rare coins and banknotes of earlier periods have been added to the collection. Now the museum has an exposition for the last 500 years, and the immediate plans are to present the whole history of Belarusian money.

The History of Religion museum

The museum has unique collections of Orthodox and Catholic icons, old printed books, liturgical items, wooden sculptures of the Baroque era, a rich archaeological collection. Many of the items on display have single analogues in the world. Tourists will be able to get acquainted with the exposition dedicated to the history of the palace in the context of urban culture of the XVIII century - beginning. XX century, with the history of pre-Christian beliefs, Christian denominations, Judaism, Islam and their contribution to the development of the culture of Belarus.

Today the Polotsk Museum is known not only inside the country, but also abroad. Having visited the museum of medieval chivalry, you will plunge into the atmosphere of those times. Here you will get acquainted with household items of that time, as well as objects of military operations: ancient crossbows, spears, arrows, etc.

Torture room, souvenir shop, Lutheran Church of Kirch, which now houses the museum of local lore - all this you will find in Polotsk, on the street Engels, house 3.

What did Minsk dwellers ride in the 19-20 centuries? How was the carriage workshop designed? What were the routes of the capital's cabmen? You will find answers to all these questions in the carriage museum. All visitors will be able to get acquainted not only with real carriages, but also with examples of horseback ammunition and horseshoes. In the museum you can see the stroller, which is controlled by passengers. In addition, there is the opportunity to take pictures on the background of a chaise with a chest and a huge four-seater stroller, made in Western Europe in 1890-1895.

And for lovers of trains and railways who are interested in creating and the intricacies of building such a structure, a railway museum has been opened in Brest. The museum is located next to the world-famous historical and cultural monument of the heroic defense and courage of the Soviet people in the fight against fascist occupation during the Great Patriotic War - the Brest Fortress Hero.

You can touch the lifestyle of our ancestors, as well as learn all the nuances of the nobility manor in the eco-museum Dudutki. The main feature of “Dudutok” is the preservation of ancient technologies for manufacturing products. This, according to the creators of the museum, in the best way reveals the connection of times and generations.

Museum of the war in Brest

Not all museums leave a feeling of dullness and emptiness after coming. Museum of War will help to leave vivid memories. This museum is notable not only for its collections, but for its atmosphere. “War Museum - Territory of the World” is the full official name of this place. Here you can find out about the concept of the museum, about the history of its creation, and about the history of the great battle in detail.

Representatives of the children's group were also not left unattended, and they offer to visit museums where your children will definitely not get bored, expand their horizons, and receive answers to all their questions. The museum is divided into different interests, where everyone can choose their own. For example, the Minsk planetarium, a children's railway named after K. S. Zaslonova, a museum of magic, a museum of books, and even a cat museum.