&nbspHome / &nbspBlog about Belarus   / 2020 election of the president in Belarus: candidates and procedure

2020 election of the president in Belarus: candidates and procedure

The election of the president is a fateful event for each country. In 2020 presidential elections are held in Belarus again. In this article we will tell you: what does this process look like, which of the candidates leads, and also tell the policies of each candidate for the presidency of our country.

The Central Executive Committee published a calendar plan for the presidential election in 2020: Candidates for the President of the Republic of Belarus in 2020

Potential candidates in 2020 are:

Alexander Lukashenko is the current president of Belarus.

This is the sixth campaign for Lukashenko. Before joining politics, he held various positions, including the director of the Gorodets state farm in the Shklovsky district. In 1990 he was also elected deputy of the Supreme Council. In 1994 Lukashenko won his first presidential election.

Ex-Chairman of the Board of Belgazprombank

He headed Belgazprombank from mid-2000 until the 12th of May of this year. Working in the banking system of the country since July 1995.

In 1997-2002, he was the Ambassador of Belarus to the United States, before that he worked as First Deputy Minister of Foreign Affairs of Belarus. Then he held the post of Assistant to the President of Belarus in the field of science and technology, in 2006 became the head of the HTP. In 2017, he was relieved of the post of head of the HTP, he became an international consultant on the creation of innovative structures. Recently consulted the authorities of Uzbekistan.

The wife of a blogger Sergey Tihanovsky, who sat on the “24-hour hold” during the registration of initiative groups. The initiative group of Tihanovskaya will be led by her husband, who was released on May 20.

The head of the movement “For freedom”

One of the participants in the primaries of the opposition (primaries are the preliminary intra-party elections that are held to nominate the most powerful and popular candidates for the main elections) to determine a single candidate for this presidential election. Refusing to nominate a “single,” the remaining three candidates decided to register initiative groups each on their own, in order to use them for meetings with voters. Gubarevich for many years was in the ranks of the Belarusian Popular Front (Belarusian Popular Front): he headed the cell in Brest, was deputy chairman of the party. He worked for four years as a deputy in Beloozersk. In the 2006 elections, he was the head of the Brest Regional Headquarters of the unified opposition presidential candidate Alexander Milinkevich. In 2004, 2008, 2016 and 2019, he unsuccessfully ran for the House of Representatives.

In 2019 he ran for parliament and came to his pickets on a tractor, brought goats to them and said that he decided to transfer from the tractor to the deputy chair because “the decrees do not work.” He did not go to parliament, started a YouTube channel and became a blogger. He is a colleague of the blogger Sergey Tihanovsky.

Acting deputy of the House of Representatives, head of the LDP party (Liberal Democratic Party)

Before joining politics in 2012, he worked in the system of the Ministry of Internal Affairs: he headed the police department of the Frunzensky and Partizansky districts of Minsk.

Head of the headquarters of presidential candidates: in 2010 - Vladimir Neklyaev, in 2015 - Tatyana Korotkevich. In 2001, he joined the UCP, from which he was expelled in 2012 "for causing political harm to the party." In 2015, he headed “Tell the Truth” - one of the few political movements registered with the Ministry of Justice.

Ex-activist of the UCP (United Civil Party), in 2016 became one of the two oppositional women who entered parliament

Prior to that she ran a law firm. In 2019 Kanopatskaya planned to run for deputy again, but her signatures were invalidated by the CEC. After that Kanopatskaya got a job in an Austrian law firm. She wanted to become a single opposition candidate in the presidential election, but was excluded from the race.

He works in the field of freight, deputy director of private enterprise “Kisel V.V.”, as well as an individual entrepreneur, member of the Council of the Association of Freight Carriers “Region 8”

She defended the position of small freight carriers and was very active during negotiations with officials of the Ministry of Transport, when at the end of February this year there were problems with the “unfair” distribution of “permissions” (permits for travel through foreign countries) among small firms.

Co-chairman of the organizing committee for the creation of the Belarusian Christian Democracy Party (BCD), lawyer

One of the participants in the primaries of the opposition to determine a single candidate in this presidential election. She worked in Minsk executive committees, in a housing construction consumer cooperative. In 2016 and in 2019 she unsuccessfully ran for deputies.

One of the participants in the primaries of the opposition to determine a single candidate in this presidential election. An officer, a lieutenant colonel in a stock, a senior detective for particularly important cases of criminal investigation, worked for 17 years at the Department of Internal Affairs of the Central District of Minsk. He joined the United Civil Party in 2012.

Retiree, member of the UCP

In 2019, he unsuccessfully ran for deputy in the Gomel Central District and called for impeachment (removal from office of the president) Alexander Lukashenko.

Tattoo master, organizer of festivals. He positions himself as a candidate from the Belarusian culture.

Chairman of the Belarusian Social Democratic Gramada (BSDG), former member of the Communist Party of Belarus

In 2016, he was registered as a candidate for deputy of the House of Representatives, but failed. In 2018, he claimed the seat of the deputy of the Miroshnichenkovsky district of Minsk, but the election commission refused him registration. He is engaged in business. 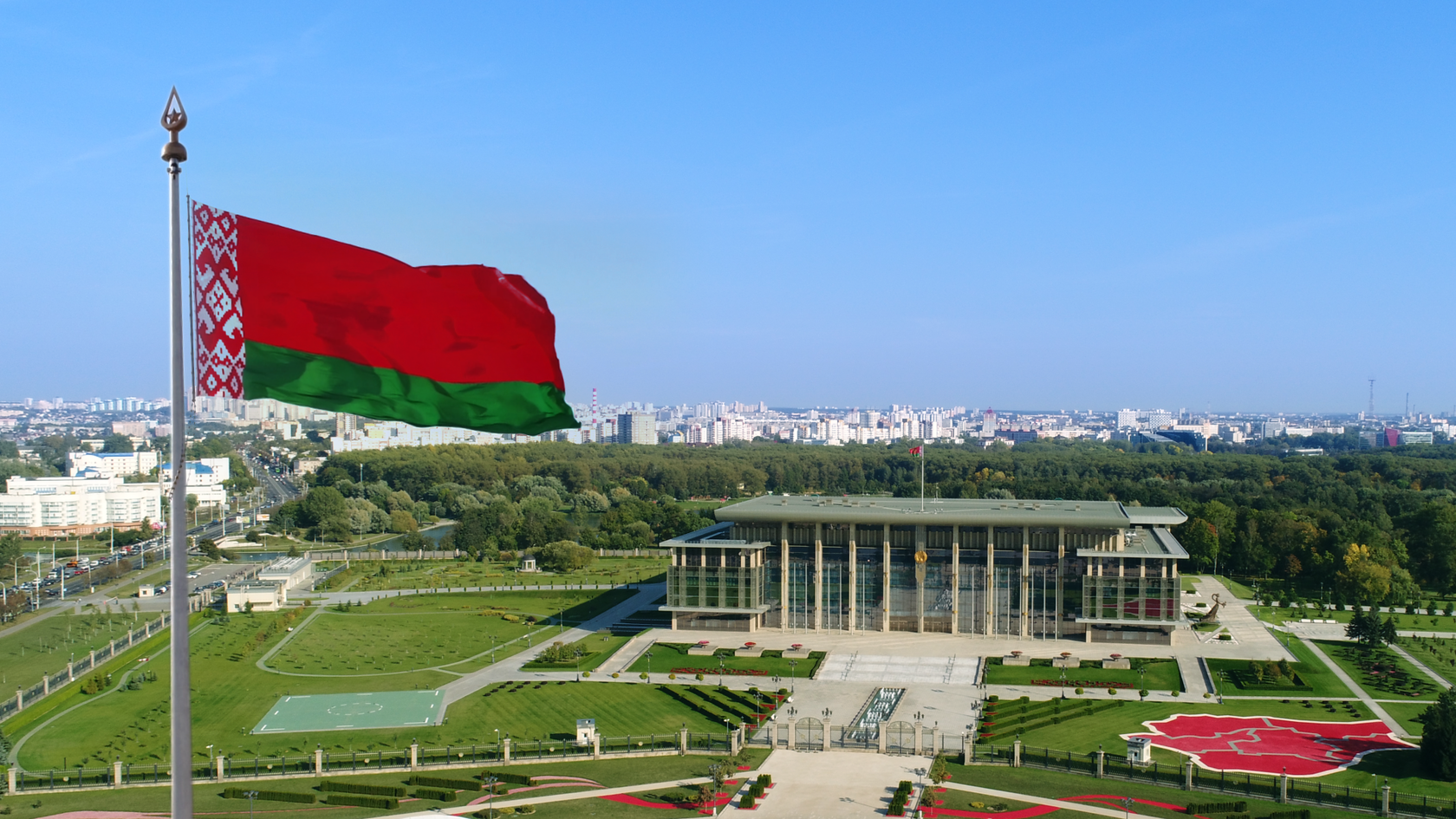 Presidential candidates are nominated by citizens of Belarus.

In support of the nomination of a presidential candidate, at least 100 thousand signatures of voters must be collected.

The deadlines for collecting voter signatures are from May, 21 to June, 19.

Signature collectors may not distribute printed materials to voters.

Materials with biographical data of persons in whose support signatures are being collected may be provided for review.

The following shall be indicated in the subscription sheet without abbreviations:

- About the person nominated by the presidential candidate;

- About a member of the initiative group collecting signatures;

- About the voter who supports the candidacy.

Information about the person nominated by the presidential candidate and the signature collector shall be entered (in handwritten or typewritten way) in the signature sheet before the collection of signatures begins.

It is not allowed to present voters with subscription lists in which there is no information about these persons.

Information about the voter in the subscription sheet is entered only by handwritten method, filled out both by the voter and by another person, at his request, including a collector of signatures (columns 1-5 of the signature sheet).

The voter personally sets the date of signature and signs.

In Minsk it is prohibited:

at metro facilities, railway and air transport, bridges and overpasses, roadway of roads and in underpasses;

less than 200 meters from the residences of the president, the buildings of the House of Representatives and the Council of the Republic, as well as the Council of Ministers;

not less than 50 meters should be to the buildings of the republican government bodies, local representative, executive and administrative bodies, diplomatic missions and consular offices, courts, prosecution authorities, territories of organizations ensuring state defense and security;

Signatures are collected by members of the initiative group of the presidential candidate registered by the CEC.

When collecting signatures, a member of the initiative group must have the following documents (presented to voters):

- certificate issued by the CEC;