Even in the distant 60s of the last century, the idea of building a nuclear power plant in Belarus was put forward. But the authorities for a long time could not decide about deployment, since the choice of favorable sites for construction was great. In the 70s, the Ignalinskaya NPP was built in the Lithuanian SSR. It was located in close proximity to the borders of Belarus, so the importance of BelNPP has decreased. On the grounds of the urban growth of cities in the 1980s, the question of building the first nuclear power plant in Belarus became acute again. But after the accident at the Chernobyl nuclear power plant, the authorities had to curtail the project under pressure from public opinion. Only in the 2006th year did the President of the Republic of Belarus seriously consider BelNPP as a necessary source of energy.

In 2006, 4 sites for the construction of BelNPP were considered, namely:

The last two sites were initially considered exclusively as backup. But having done a soil and infrastructure analysis of the sites, it was decided to build the first nuclear station near Ostrovets. Ostrovets is the city and center of the Ostrovets district which is located in the Grodno region, it is a border region. The distance to Minsk is 155 km. The distance to Grodno is 241 km.

The Republic of Belarus did not have the personnel potential for the design and construction of the largest building in the history of the country. Therefore it was initially proposed to participate in the preparation of pre-project documentation for several countries at once: China, USA, Russia, France. The proposal was based on the experience of these countries commissioning nuclear power plants. No compromise was reached with the United States and France for political reasons. The Chinese project a little later was also rejected due to the risk of loss of funding from the Russian Federation. Having decided which country would be the designer, the customer (Belatom) chose Rosatom as the design organization and, in the future, as the general contracting organization. 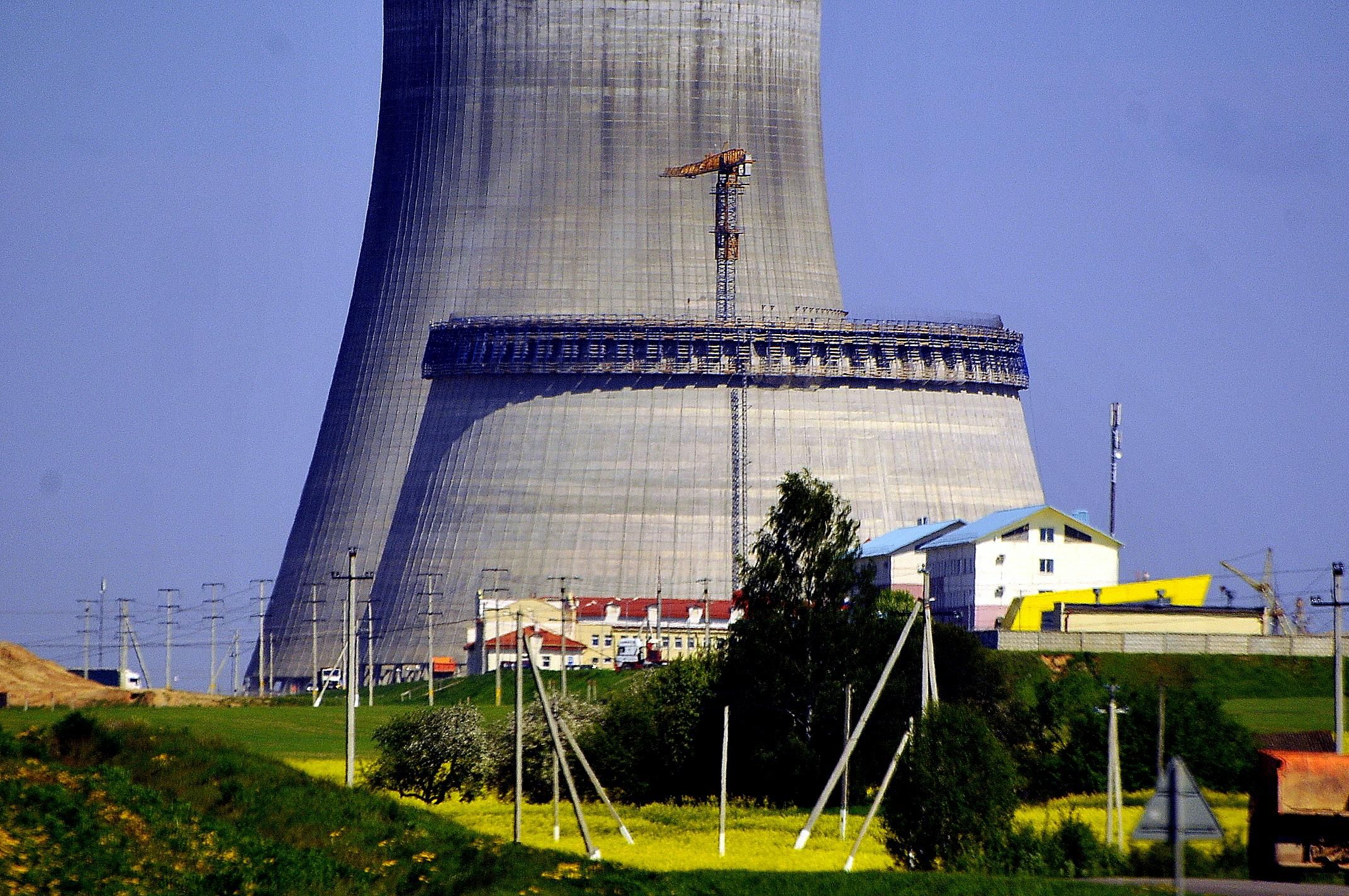 The first work on the Ostrovets site began in 2011. At this time, excavation was carried out, which lasted a year and a half.

In 2013 President of the Republic of Belarus Alexander Lukashenko signed Decree No. 499 “On the Construction of the Belarusian Nuclear Power Plant,” thanks to which the general contractor was able to begin construction of the facility.

In 2014 work on the excavation device was completed. At this time, the foundation began pouring in the second power unit. Also in 2014 the deadlines for the commissioning of both power units were designated: 2018 and 2020 years.

At the end of 2015 the building of the first power unit was delivered to the construction site.

A month later, in January 2016, the work began on the installation of the first power unit.

In 2018, welding began on the main circular pipeline, concreting of the dome of the inner containment, assembly of the reactor of the first power unit.

According to the report of the general contractor for the year 2018, it implies that the commissioning dates of the BelNPP are postponed to the years 2020 and 2022.

In 2019 the reactor unit of the first power unit was run-in. Tests on airtight fences have also been completed.

In March 2020 a project readiness assessment of 95% was given. On May 6, the first batch of nuclear fuel was brought to the Ostrovets NPP. The launch of the first power unit is scheduled for June 2020. Belarusians will be able to get the first kilowatt-hours in September - October.

Due to the lack of financial opportunities for Belarus to commission BelNPP, it was expected to receive a loan from the Russian Federation in the amount of $ 6 billion. However a little later, Belarus requested an amount of $ 9 billion, of which 6 billion was supposed to go directly to the construction of the nuclear power plant itself, and 3 billion to the construction of infrastructure: a working camp, reconstruction of roads, electrification, access roads. However, Russia considered that the issued loan would not be used expediently and rejected this offer. In 2010, the parties agreed on a loan of 10 billion dollars. It follows from the agreement that the Russian Federation will cover 90% of the costs associated with the construction of BelNPP. It is planned to return the money one year after commissioning, but no later than April 1, 2021. 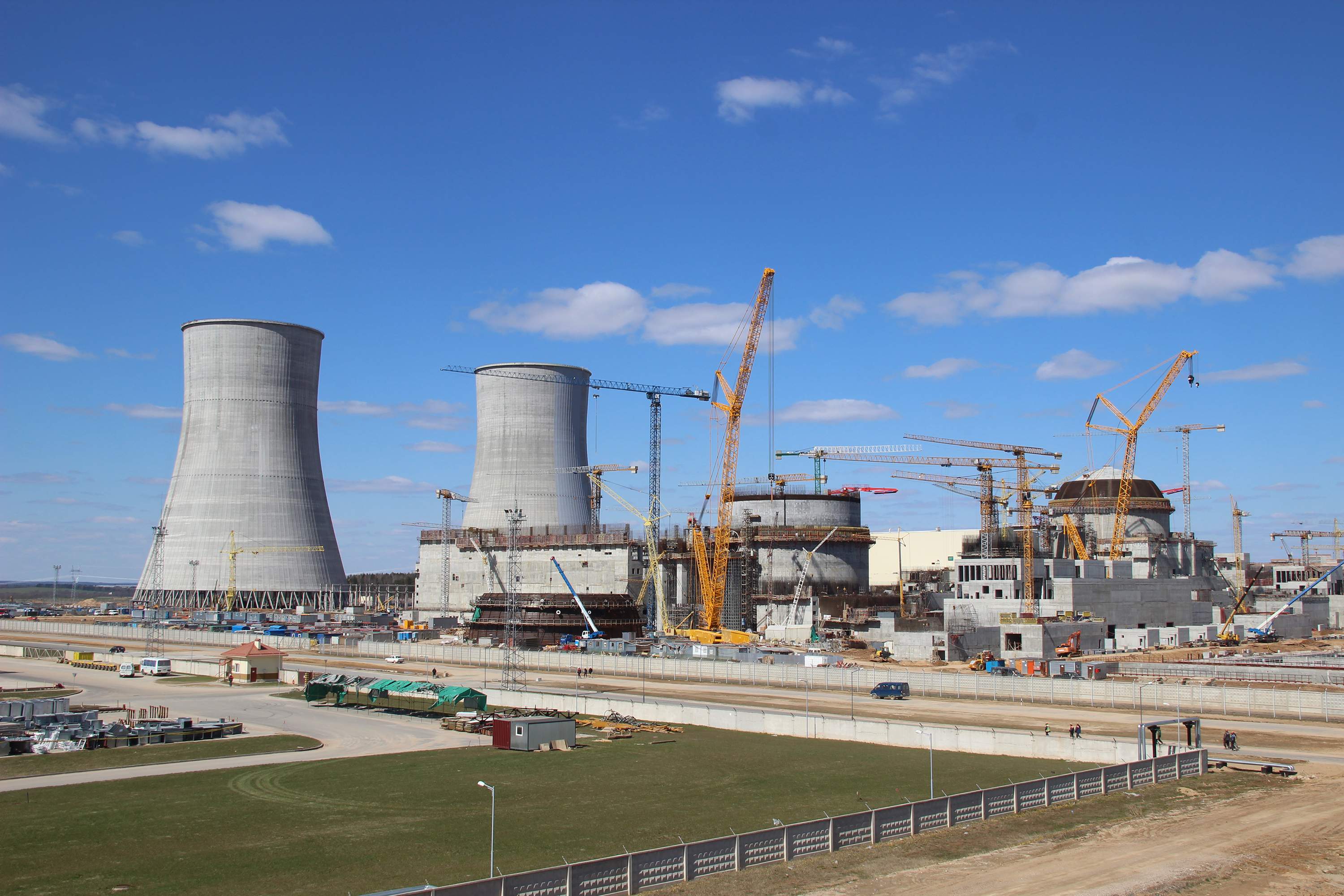 It is planned that the station will have two power units with VVER-1200 reactors with a capacity of up to 1200 MW each. The design capacity of nuclear power plants is 2.4 thousand MW

It is believed that BelNPP will be able to provide 25% of the necessary energy for the country. The payback period of this project is 15-20 years.

The environmental aspect of construction

Since 2009, our country regularly monitors the state of the environment in the region of the Ostrovets NPP. An automated system for monitoring the radiation situation with public access has been created. The Belarusian side reached an agreement with the Russian Federation, which guarantees the export of reactor waste in the Russian Federation. Fuel purchased from Russian organizations is subject to processing and return.

The basis for ensuring radiation safety at the NPP was the deep echelon of the enclosing structures. The system is expected that in case of a possible accident at BelNPP, the building envelope will be folded according to the “domino” principle towards the outbreak, automatically creating a sarcophagus, forming a system of barriers to the propagation of ionizing radiation.

• a fuel tablet that prevents the release of fission products under the shell of the fuel element;

• the shell of the fuel element that prevents fission products from entering the coolant of the main circulation circuit;

• the main circulation circuit, which prevents the exit of fission products under a protective tight enclosure;

• a system of protective hermetic shells (containment), which excludes the release of fission products into the environment.

The reactor building withstands seismic effects, aircraft crash, external impact from a shock wave creating a pressure of 30 kPa, and internal pressure of 5 kg / cm2. If we assume that all the water supplied to the reactor turns into steam and presses the lid from the inside, then the shell will withstand this enormous pressure. Thus, the dome of the power unit is in constant readiness to receive a strike from the inside. For this, the sheath is made of "prestressed concrete": metal cables stretched inside the concrete sheath give additional solidity to the structure, increasing its stability. 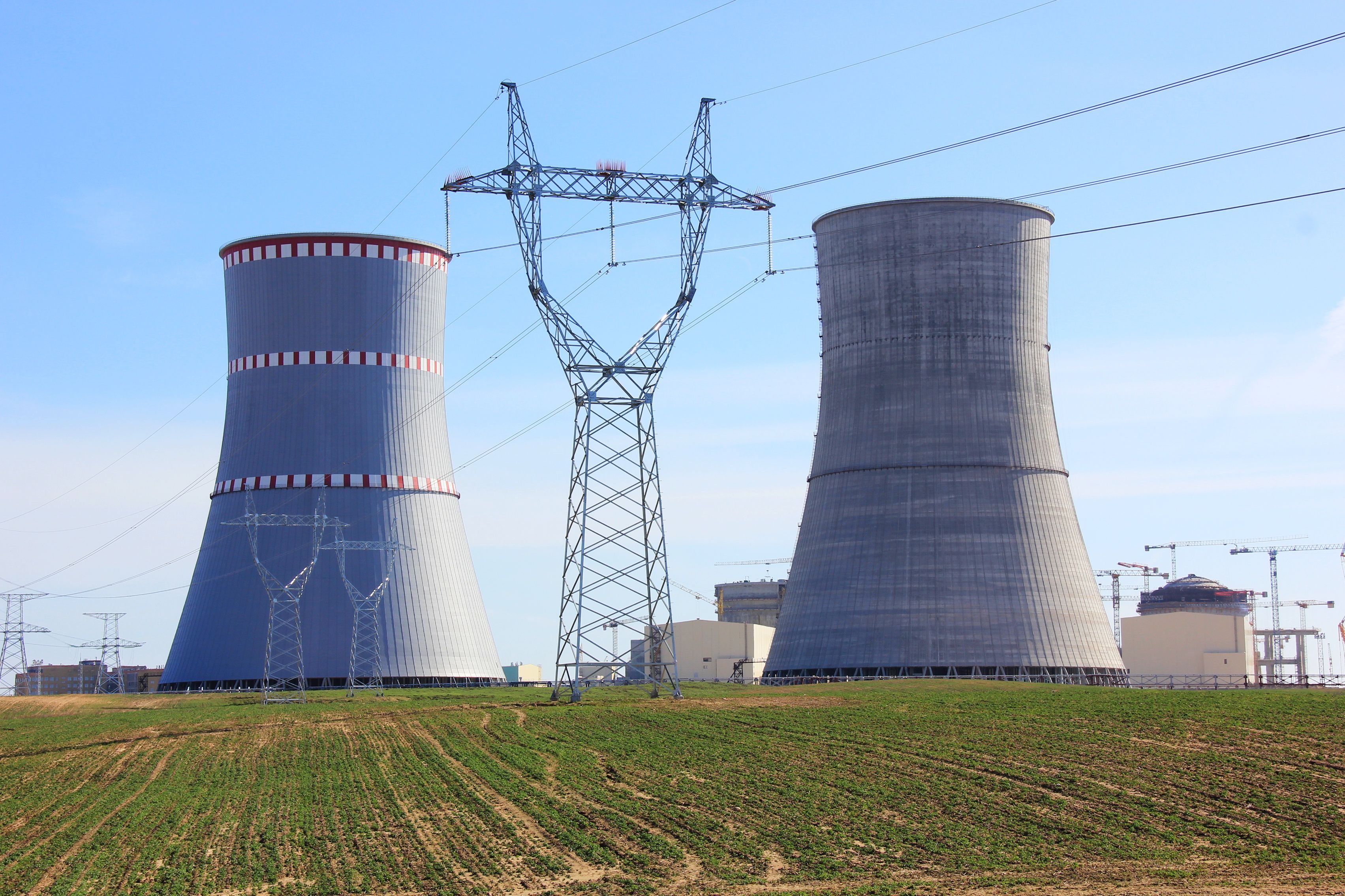 Due to the lack of experience in operating nuclear power plants, the customer organization decided to merge Gosatomnadzor (Russia) and the Ministry of Emergencies of Belarus into a single legislative regulatory body. The parties have gathered more than once to raise the issue of “improving approaches to emergency preparedness, emergency response and safety regulation when using reactor fuel.

Participants and partners of BelNPP

• Manufacturer of the reactor and steam generators: Atommash (Volgodonsk);

Launch of the first block: timing and procedure

The first power unit is scheduled to be commissioned in July 2020. Nuclear fuel was delivered to the site in May. Within two months, fuel is fed directly to the reactor.

Conflict with Lithuania over BelNPP

Senior Lithuanian officials expressed concern about the construction of nuclear power plants near the border of Lithuania and Belarus. Despite the fact that the plant was built according to all modern safety standards, the Lithuanian side calls the Ostrovets NPP “a coffin for Lithuania”. The political aspect played an important role in this situation. The cold relations between Lithuania and the country - the designer of Russia do not inspire confidence in the reliability of the Belarusian NPP for Lithuanians.