Bobruisk Fortress is an example of a defensive structure of the first half of the 19th century. The article will tell about the history of the fortress, interesting facts and ways of getting there.

The history of the Bobruisk fortress

The history of the fortress began in 1810, when Bobruisk was approved as the site for the construction of one of the citadels in the defense line of the western borders of the Russian Empire.

Several hundred soldiers and local residents took part in the construction process. To build such a structure, it was decided to use the latest achievements of European military art. The citadel is spread over an area of 120 hectares. In total, there were four streets and several back streets on the territory of the fortress. In the western part there were barracks, in the eastern - warehouses, artillery and engineering parks.

The first battle of the fortress was the battle with Napoleon's army, and after the departure of the Russian army, the garrison held back the siege of the French for 4 months. The fortress was used for its intended purpose, and it passed the test of the attack.

The second stage of construction turned the fortress into a unique complex, which was dominated by a combination of classicist architecture.

In 1820-23, the organizers of the Decembrist movement served in the fortress, including the leaders of the Southern Society. The "Bobruisk plan" of the capture of Alexander I, known at that time, was invented within the walls of the fortress, but, unfortunately, it never came true.

And in 1825, work on the construction of additional lines of defense finally ended. In those years, the fortress received prisoners who were serving their sentences after the uprising on Senate Square.

The fortress was also used during the Great Patriotic War. Then the German-fascist invaders organized here a place of torture for Soviet soldiers. 40 thousand soldiers and 40 thousand civilians died here.

As soon as the war ended, the territory of the fortress began to be used to house military units. Even today, some of the structures of the fortress are used as a prison. 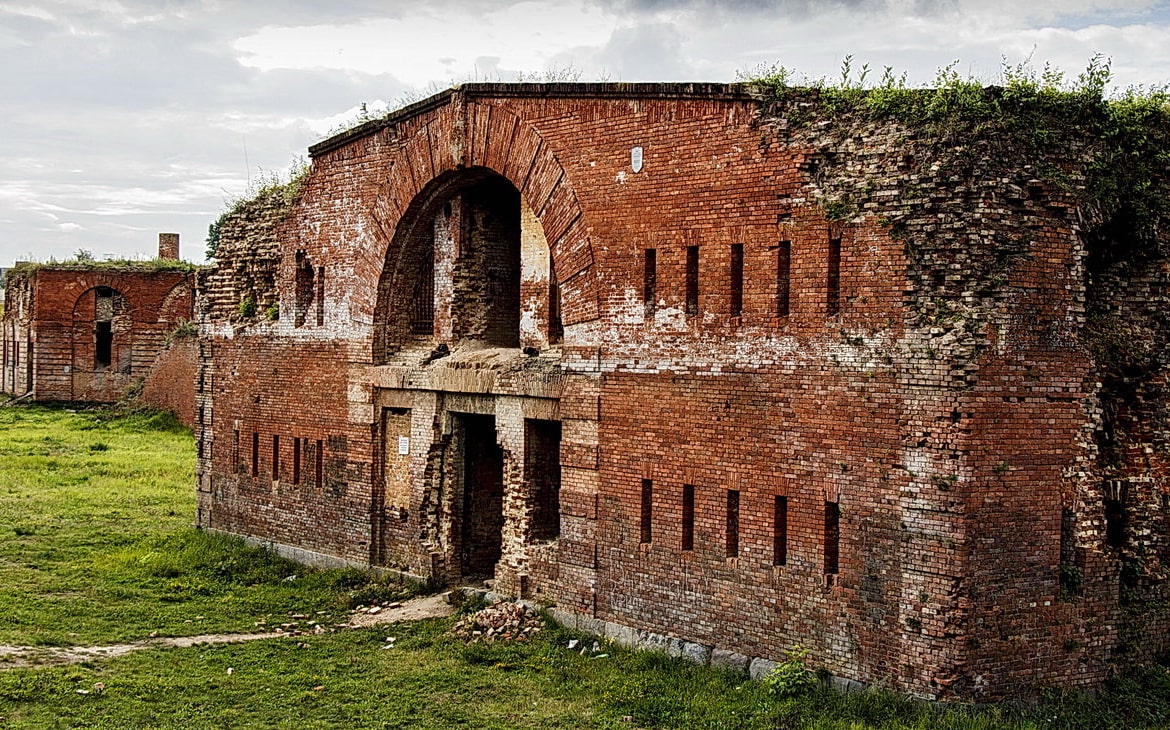 The architecture of the Bobruisk fortress

In the construction of the Bobruisk fortress, ancient stone buildings were used, for example, a former Jesuit church. The construction of the fortress was carried out for defensive purposes, so the architectural part was not paid enough attention here. The work was carried out intensively, so in a year all the forts directed to the north, west and south already possessed an impressive defensive power. The main defensive line of the fortress consisted of 8 bastions.

The Bobruisk fortress was equated to the first class of defensive structures of the Russian Empire. It was considered the best because of its excellent equipment according to the latest European military art during the development of smooth-bore artillery.

Interesting facts about the Bobruisk fortress

1. The fortress was built in record time - 1 year. This work was carried out thanks to the efforts of thousands of soldiers and residents.

2. Old-timers say that the fortress was built by order of Catherine II in order to provide a staging post for the Soviet army.

3. The walls were built so firmly that no artillery was subject to their destruction.

4. The structures of the citadel were connected by swing bridges.

5. In the fortress there was a cell that drove the prisoners to madness. The offenders were sent into a cell where it was impossible to lie down, stand up or sit down. 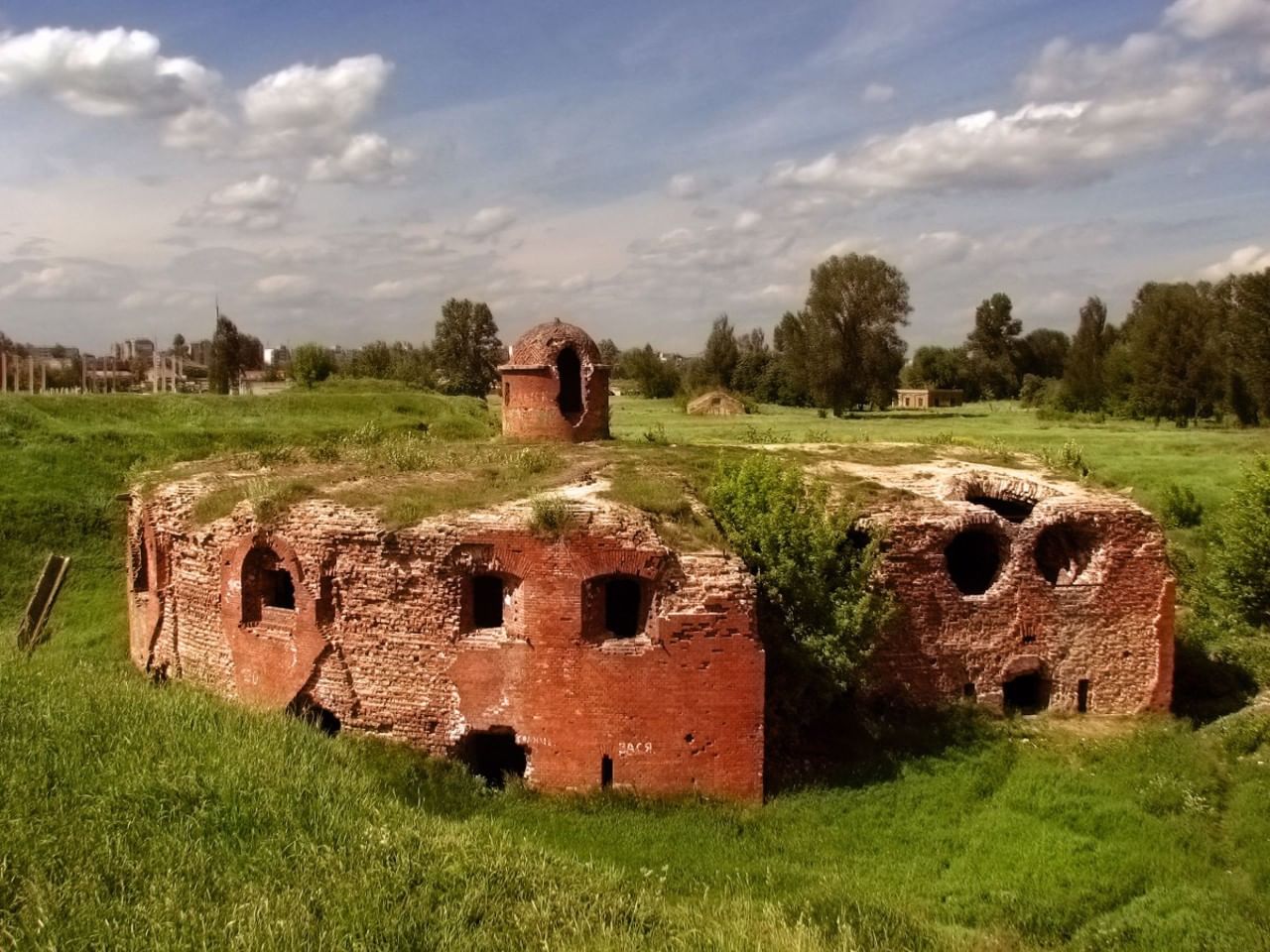 Location of the Bobruisk Fortress

The location of the fortress was very favorable and successful. Bobruisk was located on the right elevated bank of the Berezina River and was a typical Belarusian city of that time with an irregular layout.

The plan provided for the location of the fortress right on the site of urban residential areas, and therefore it was necessary to resettle the residents outside the bypass.

How to get to the Bobruisk Fortress?

An excursion to the Brest Fortress is considered quite popular, so tourist buses often follow here. Those who wish come here to assess the current state of the fortress and find out interesting details possessed by the guides. You can contact the tour operator and find out all the details of the tour.

If you are not interested in an excursion tour, we suggest driving to the territory of the Brest Fortress on your own. However, in this case, you will need a personal car. You can get to Minsk in any convenient way, and then take a car and go to the Moscow Ring Road. In the direction of Maryina Gorka, you need to drive 63 km, and then turn to Bobruisk, and continue for another 97 km.

Attractions near the Bobruisk Fortress

To diversify your trip, we suggest visiting the sights in the immediate vicinity of the Brest Fortress.

• Church of the Virgin Mary. Unfortunately, tourists will not be able to see the church in its original form, but most of this temple has survived to our time. Today the surviving part of the church has been handed over to believers. It failed to preserve its original appearance, but services are still being held in the preserved part of it.

• St. Nicholas Cathedral. It was built in 1892 with funds from the state treasury and church donations. In the 1960s. the temple was rebuilt into a pool, and in 2002 it was restored and given to the faithful.

• Ancient buildings. In Bobruisk, buildings have been preserved that are of tourist and historical value. For example, a mansion on the street. Socialist, 119. It was built as a women's gymnasium. After the war, the building was renamed a school, and then into the Bobruisk Teachers' Institute.