The Brest Fortress is a symbol of the Soviet feat accomplished by soldiers during the Second World War. The article will tell about the history of the fortress, its location and nearby attractions.

History of the Brest Fortress

The history of the building begins in the 30s of the 19th century. During construction, the entire city was moved to a new area east of the citadel. The total area of ​​the fortress is about 4 square kilometers.

The pride of the building is the chapter of its history, when in 1941 the fortress faced the onslaught of the German fascist invaders. At that time, the war was not yet known, so the fortress had to instantly react to keep the enemy. Much to the surprise of the invaders, the fortress held its own for more than a month. After the end of the war, the citadel received the honorary title "Hero Fortress".

Therefore, to this day, the fortress has been entrenched in the minds of Belarusians as an outstanding symbol of resistance during the Great Patriotic War. The fortress is a monument of fortification art.

Numerous excursions are held on the territory of the fortress every day, because even today it keeps the memory of the courage and heroism of Soviet soldiers. You can familiarize yourself with the events of tragic days, as well as learn about the fate of ordinary soldiers who suddenly became heroes. The excursion will immerse you in the times when the residence of the kings of the Grand Duchy of Lithuania was here, as well as tell about little-known events. 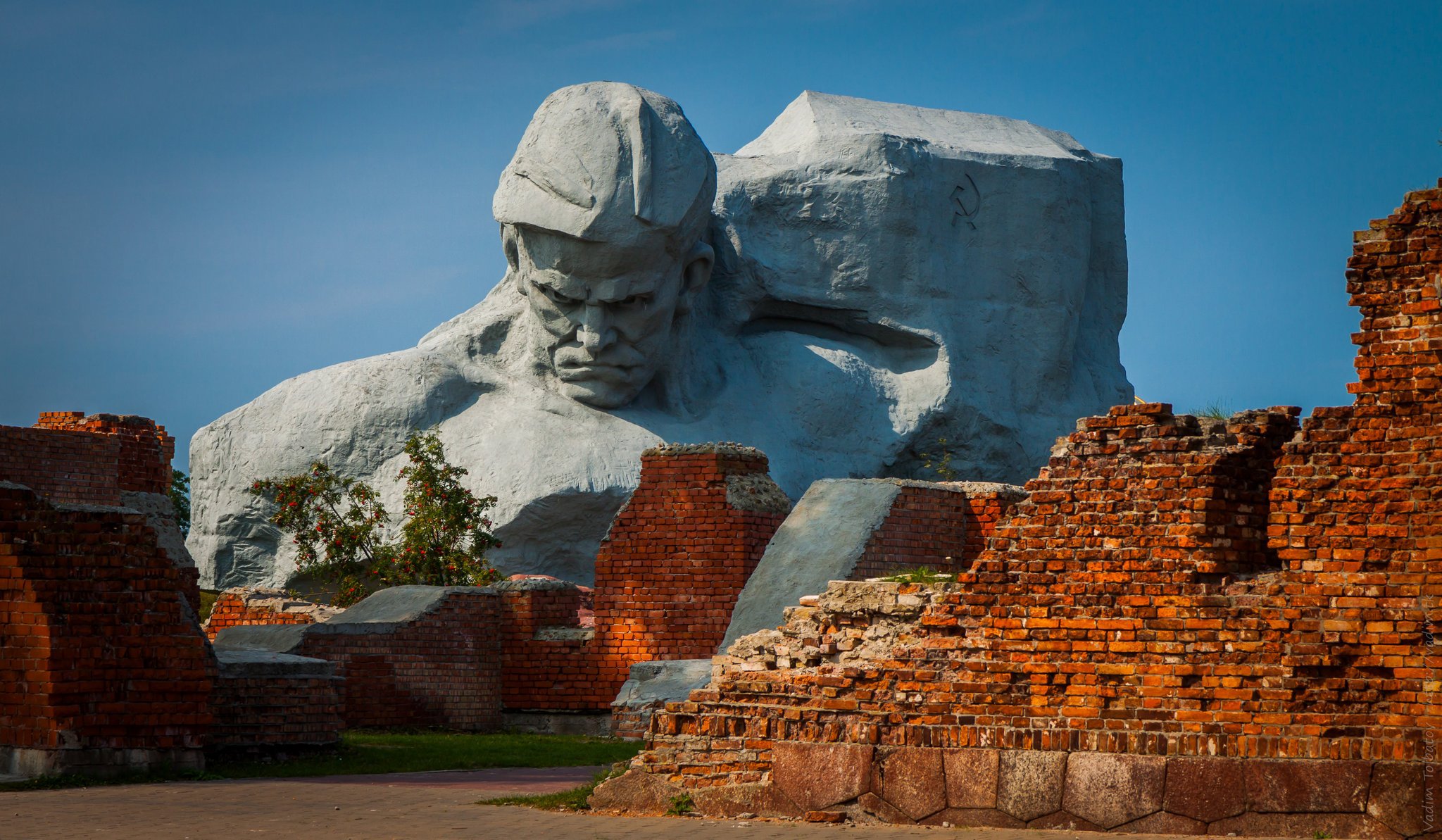 The architecture of the Brest Fortress

The fortress is considered a monument of defense architecture. In its center is the Citadel, connected with artificial fortifications:

The architectural center of the Citadel is the garrison Nicholas Church.

Interesting facts about the Brest Fortress

The Brest Fortress is an amazing and unique monument that withstood the onslaught of the German fascist troops, but has not been fully restored today. Today, a memorial complex has been created on its territory, where tourists are presented with a museum with numerous excursions, and objects that have survived from those times.

Today the church keeps the eternal memory of the soldiers who lost their lives in the struggle for freedom, and the Eternal Flame burns in their honor. In addition, in the evening you can watch how the entire building of the fortress is illuminated with decorative lighting.

Location of the Brest Fortress

The Brest Fortress was built at the intersection of the Western Bug and Mukhavets rivers on the site of the old Brest. During construction, the entire city was moved to a new area east of the citadel.

Minsk is separated from the Brest Fortress by a distance of 357 km.

How to get to the Brest Fortress

To get to the Brest Fortress, you should first get to Brest. Direct trains and buses from many cities of Belarus go here. Having reached Brest, you will have to walk 30 minutes from the city center.

If this option does not suit you, we suggest using public transport. A bus leaves from the city to the Brest Fortress every hour.

Hotels near the Brest Fortress

We have selected a list of the nearest hotels, differing in price and quality of service:

Attractions near the Brest Fortress

It will take a whole day to see everything in the Brest Fortress. If you have time, you can also visit:

• Museum of the medieval East Slavic town "Berestye". This museum is one of the most visited museums in the Brest region. There are authentic log houses and tree-paved streets of the 13th century settlement, miraculously survived in the swampy soil, along with household items and culture of that distant era.

• St. Simeon's Cathedral. Today, tourists are presented with a shrine, where you can appreciate all the grandeur of the 19th century temple and get acquainted with its history. Residents of Brest believe that the temple is one of the magnificent decorations of the city, especially in the evening. The fact is that in 2010, accent lighting of the cathedral was performed, as a result of which the temple received an informal name - "soaring temple".