Most of the boys from early childhood kick the ball around the yard and they are the fans of famous players. And this is not surprising, after all the popularity can be gained by becoming a professional athlete. Take, for example, Cristiano Ronaldo. During his career, the football player gained such popularity that even those who are far from modern sports began to recognize him around the world. In each country, millions of guys go to matches, cheer for the national teams, rejoice and are upset by the results, and dream of a football career; but what do we know about Belarusian teams?

History of the Dynamo Brest

Dynamo Brest is a Belarusian professional football club from Brest, a participant in all championships of Belarus. It was founded in 1960. The modern history of the club can be divided into 2 parts: before and after 2016. The statistics of the “before” club suggests that the Brest Dynamo were just an average of the major league of Belarus, periodically flying out of it. But, when the club’s affairs became very bad, and bankruptcy began to loom on the horizon, the club was bought by the successful businessman Alexander Zaitsev, who saved Dynamo from liquidation. Immediately after this event, the club was transformed beyond recognition: in the same year, Brest residents won the Belarus Cup, breaking into the elite of the country's clubs. Further - it is more: the Club managed to repeat its success three times in the last 3 years, and also came close to the most prestigious title and in 2019 became the Champion of Belarus.

Achievements of the Dynamo Brest

The biggest victory is 7-0 (Torpedo-Kadino, 1996; Zabudova, 1999). The best players at the moment are Denis Laptev and Pavel Nekhaychik.

For any information of interest, you can look at the club’s official website.

History of the BATE Borisov

BATE is a Belarusian professional football club from Borisov. It was founded in 1996. Anatoly Kapsky, the former owner of the club and the Borisov Automotive and Tractor Electrical Equipment Factory (from where the team originated), played a significant role in the development of the “permanent champion”. In the early 2000s, thanks to good breeding based and competent managerial activity in the Minsk region, a club grew up and several times knocked down European giants such as Bavaria, Arsenal, Roma. Thanks to him, BATE held the title of champion of Belarus for 12 years (from 2006 to 2018).

Achievements of the BATE Borisov

On the club’s official website, you can read history, news, find information about upcoming matches and find out the results of past matches.

History of the FC Gomel

Gomel is a Belarusian football club from Gomel, founded in 1959. The club from the second largest city in Belarus has a lot of unrealized potential. The club has some of the most devoted fans who attend matches, regardless of the place occupied by the team in the standings. Matches at the Central Club’s home stadium are always a celebration. Not once did the guest team manage to make a one-goal game. In the old days, it was Gomel who claimed the country's football capital, at least in terms of interest in this sport. But the Gomel residents had both champion seasons and unsuccessful ones, which ended with a decrease in the league rank.

Achievements of the FC Gomel

All relevant information about the club can be found on the official website.

History of the Dynamo Minsk

Dynamo is a Belarusian professional football club based in Minsk. Minsk residents own the largest stadium in the country, accommodating 22,246 people. Dynamo is a regular winner of the championship of Belarus, every season is among the contenders for the championship, but has not won gold medals in the championship for a long time. However, in Soviet times, Dynamo Minsk was the most famous and titled club of the Belarusian SSR. The list of achievements of the capital club: champion of the Soviet Union (1982), finalist of the USSR Cup (1965, 1987), seven-time champion of Belarus, winner of the Belarus Cup (1992, 1994, 2003). It participated in the quarter finals of the European Cup, UEFA Cup (1984/85), Cup Winners' Cup (1987/88). The second club in the history of the country, which made its way into the group stage of the Europa League.

Achievements of the Dynamo Minsk

Club-participant of all championships of the Republic Belarus.

A controlling stake in the team in the hands of the Minsk City Executive Committee.

On the official website you can find all the relevant information about the club.

History of the FC Shakhtar Soligorsk

Shakhtar - a football club from the city of Salihorsk, which was founded in 1961. Like Minsk Dynamo, Shakhtar is a regular contender for the title of champion of the Republic of Belarus in football, regularly receiving silver and bronze medals of the competition. The strength of the club is the sponsorship component. Financially the club is provided by Belaruskali, a city-forming enterprise, one of the most economically developed in the republic.

Achivements of the FC Shakhtar Soligorsk

Champion of the country in 2005, six-time vice-champion, eight-time winner of bronze medals.

On the official website, all information about players, matches and current club news is available. 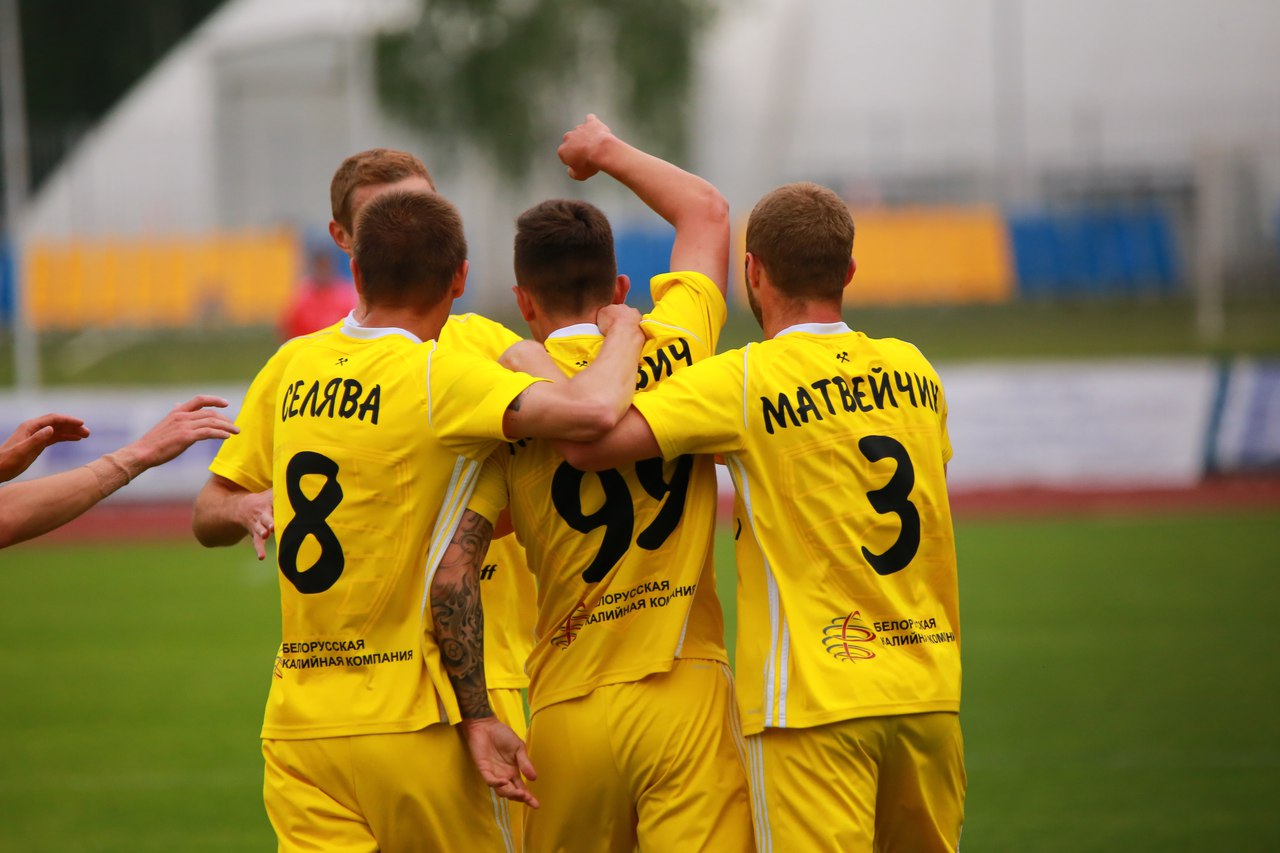