There is nothing more impressive than attending a live performance, as well as with hockey: just go out on the ice or go to the match once to feel the scale. Just imagine: the sounds of whistles, drums, chants, posters, and all this for the sake of one game, sounds fantastic. And what kind of adrenaline brings unpredictability of the result, the game keeps you in suspense every minute. Therefore, hockey is one of the highest priority sports in Belarus. We offer to get to know it better.

The Ice Hockey Federation is an organization that conducts ice hockey competitions in Belarus. The Hockey Federation of the Republic of Belarus was founded on the 6th of March, 1992. Two months later it became a member of the IIHF. The first president of the FHRB was Eugene Ankuda. From 2001 till 2009, the chairman of the main hockey organization of Belarus was Vladimir Naumov. During his leadership, Belarus received the right to host the 2014 World Hockey Championship, which, according to representatives of the International Hockey Federation, participants, guests of the championship and fans, was one of the best events during the competition. And at the moment, the chairman of AFHRB is Gennady Savilov.

Where to read about children's hockey? What happens in the big leagues? In Extra League B? When was the last time you heard something about amateur hockey? All information is available on the official website of the federation, where each club has its own page, and on the new portal there is information about belkhokey in all its manifestations. 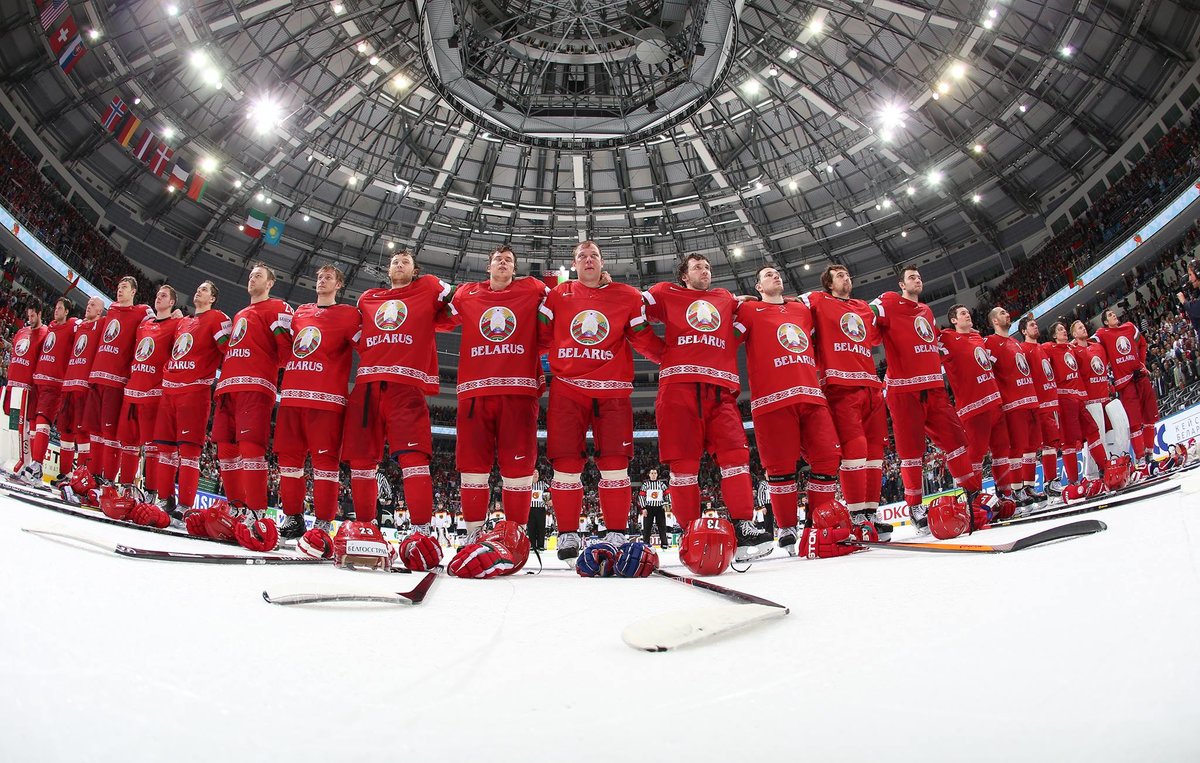 In total, there are 13 hockey clubs in Belarus. Each club has an official website, pages on social networks, and some even have fan sites that contain all the latest news about the team, photo reports, statistics, and information on past and upcoming matches.

Since the 1st of June, 2017, the State Institution "Hockey Club" Bobruisk "has been the assignee of the rights and obligations of the State Social University of Ukraine" Youth Sports School for Ice Hockey "Bobruisk-Arena". The sports school is occupied by 191 young hockey players. The captain, Vyacheslav Fadeev, has become the best player in the opinion of the Bobruisk team. The club was financed by the regional executive committee.

Hockey club Dynamo Minsk is a Belarusian ice hockey team from the city of Minsk. The club was founded in 1948. It's played in the championships of the BSSR and the USSR. In the major league of the USSR championship, it spent 5 seasons, the best result was 10th place in the 1989/90 championship.

Platt Jeff had the largest number of goals scored for the club – 92. Since 2008, he has been representing the republic in the Kontinental Hockey League championship, and has been to the Gagarin Cup playoffs four times.

The general sponsor is the state-owned enterprise Belaruskali, and the general partner is the Mozyr Oil Refinery.

The club has an official website where you can find out everything about the team, schedule of upcoming matches and even buy a ticket.

Neman is a professional hockey club from the city of Grodno, playing in Extralig – the strongest division of the open championship of Belarus in ice hockey. It was founded in 1988.

According to the results of the next hockey season on the 29th of May, 2019, in the Neman HC, the best coach is Sergey Pushkov, and the best goalkeeper is Vitaly Trus.

On the club’s official website you can find information about matches, fan zone and book a ticket.

Chimiki – Belarusian ice hockey club from the city of Novopolotsk, two-time champion of Belarus, member of the 1996 Federation Cup, semi-finalist of the 1996 European Cup.

All the detailed information about the club can be found on the official website.

Minsk Hockey Club "Yunost" was founded in 2003 on the basis of the sports school for children and youth of the Olympic reserve. It is a farm club of Minsk Dynamo from the KHL. On the club’s logo, as well as on the coat of arms of Minsk, is a stylized image of the Virgin Mary on a cloud (with the letter M being viewed), surrounded by two angels and two cherubs.

It has been playing in the Extra League of the Belarus Championship since the 2003-2004 season (except for the 2012-2013 season when the club played in the Higher Hockey League). Nine times became the champion of the country in hockey, multiple silver and bronze medalists.

The trainer is Alexander Makritsky, and the home playground is the Chizhovka-Arena multifunctional sports and entertainment complex, with a capacity of more than 8 thousand spectators.

The official website contains all the latest news about the club. 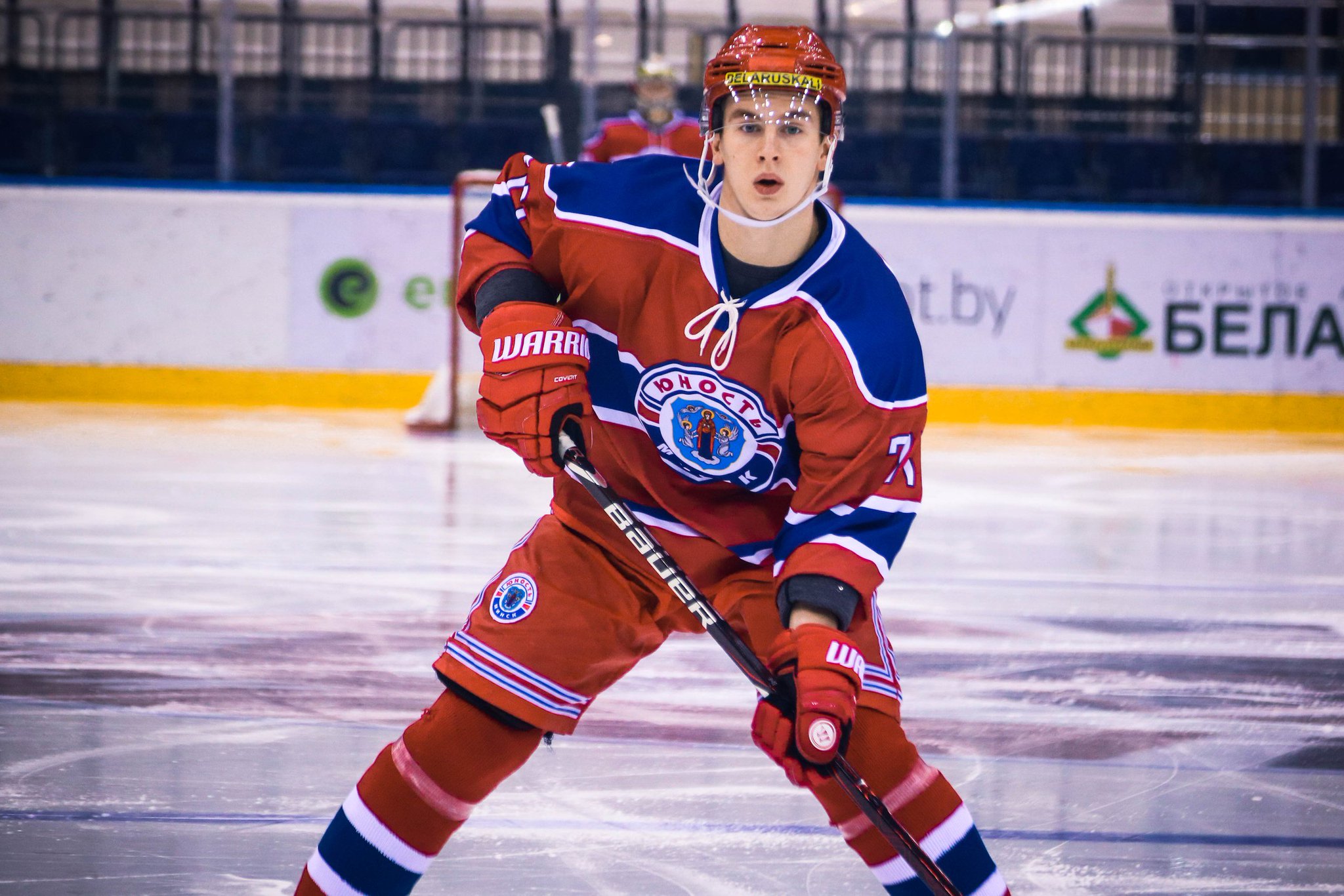 The Aviator hockey club from the Belarusian city of Baranovichi was created in 2018 on the basis of the BFSO Dynamo and was originally simply called Baranovichi. The pilots logo has a stylized letter A, on the background of which a fighter is depicted, since a military air base is located in the city and there is an aircraft repair plant.

It has been playing in the Extra League of the championship of Belarus since the season 2018-2019.

The head coach is Alexei Strakhov, and the club’s sponsor is the aircraft factory.

The official website contains complete information about the club.

The hockey club Dynamo Molodechno represents the Belarusian city of Molodechno from the Minsk region, founded in 2014. It is a farm club of Minsk Dynamo from the KHL. The logo is a monogram from the company Dynamo letter D and the letter M denoting the city that the club represents.

It has been playing in the Extra League of the Belarusian Championship since the 2014-2015 season.

The budget of the Molodechno hockey club for the season 2014/2015 amounted to about $ 2 million.

All interesting information about the club can be found on the official website.

Hockey club "Lida" represents the Belarusian city of the same name, founded in 2011. On the logo is a shield of the same shape as on the coat of arms of the city, which depicts a stylized letter L, the basis for which, again, served as a city sign. Home area – Lida Ice Palace, with a capacity of 1000 spectators.

It has been playing in the Extra League of the Belarusian Championship since the 2011-2012 season.

Hockey club Soligorsk Shakhtar was founded in 2009. The logo depicts a mole in a miner's helmet, biting a hockey stick (a large enterprise producing potash salts is located in Soligorsk).

It has been playing in the Extra League of the Belarusian Championship since the 2009-2010 season. Champion of 2015, three times silver and bronze medalist.

The general sponsor of HC Shakhtar is Belaruskali.

The latest farm club news can be found on the website.

Hockey club "Gomel" represents the Belarusian city of the same name, founded in 2000. On the Lynx logo (the same as on the flag and coat of arms of the city) with stylized flames in the outline

It has been playing in the Extra League of the Belarusian Championship since the 2000-2001 season, champion of 2003, silver medalist of 2009, multiple bronze medalist.

The head coach is Sergey Stas, and the home court is the Gomel Ice Palace, with a capacity of up to 2700 spectators.

For full information about the club, you can go to the official website.