The mission of the TED movement around the world is to find, collect and promote solutions and ideas that can give people and society an impetus for development and positive thoughts and solutions. Initially, the topics of speaking at TED conferences were limited to three areas: technologies, entertainment, design. During some time, the topics of the conferences have expanded: today they acquaint people from all over the world with advanced ideas in various fields of science, culture, business and other areas of human activity. Speaking at TEDx conferences is distinguished by a special format: an 18-minute creative presentation of an idea by one author, the goal of which is to create a bright, inspiring intellectual show.

The history of TEDx in Belarus begins in 2009. It was at this time that Dmitry Goncharov received a license to host TEDxMinsk. For 5 years 7 local events were held under this name.

In 2017 Inna Karney received an extended license and the right to host a conference called TEDxMinsk. Since then the conference format has expanded, with small events in the TEDxSalon format appeared, which are designed to keep the local community interested in TEDx in between large conferences. These were TEDxMinskSalon “Intersection of Cultures” (December 2017), “Architecture” (January 2018), “Brave New World” (October 2018).

Conferences for women were also a new format. And in 2017 viewers could join New Orleans' online global conference TEDWomen “Bridges”. In 2018 the TEDxMinskWomen “Showing Up” conference was organized, which included an online broadcast of the global conference from Palm Springs and the speeches of four Belarusian women at the conference site in Minsk, who spoke about creative ideas in economics, design, architecture and medicine.

The large-scale TEDxMinsk conference was held in March 2018 at the Marriott hotel and gathered more than 400 spectators in the hall and several thousand online.

Local events under the TEDxYouth license were held in Grodno twice: in 2015 and 2016. Since 2016 TEDx conferences have been held annually in Mogilev; in 2018 Vitebsk joined this movement.

The TEDх movement in Belarus covers more and more Belarusians and takes place in new formats. Global and local TEDx conferences attract a huge number of viewers around the world and even more online views: videos of all TED conferences are translated into several languages ​​and are publicly available on the official TED.com channel. In this way, the ideas of TEDxMinsk participants will be heard all over the world. 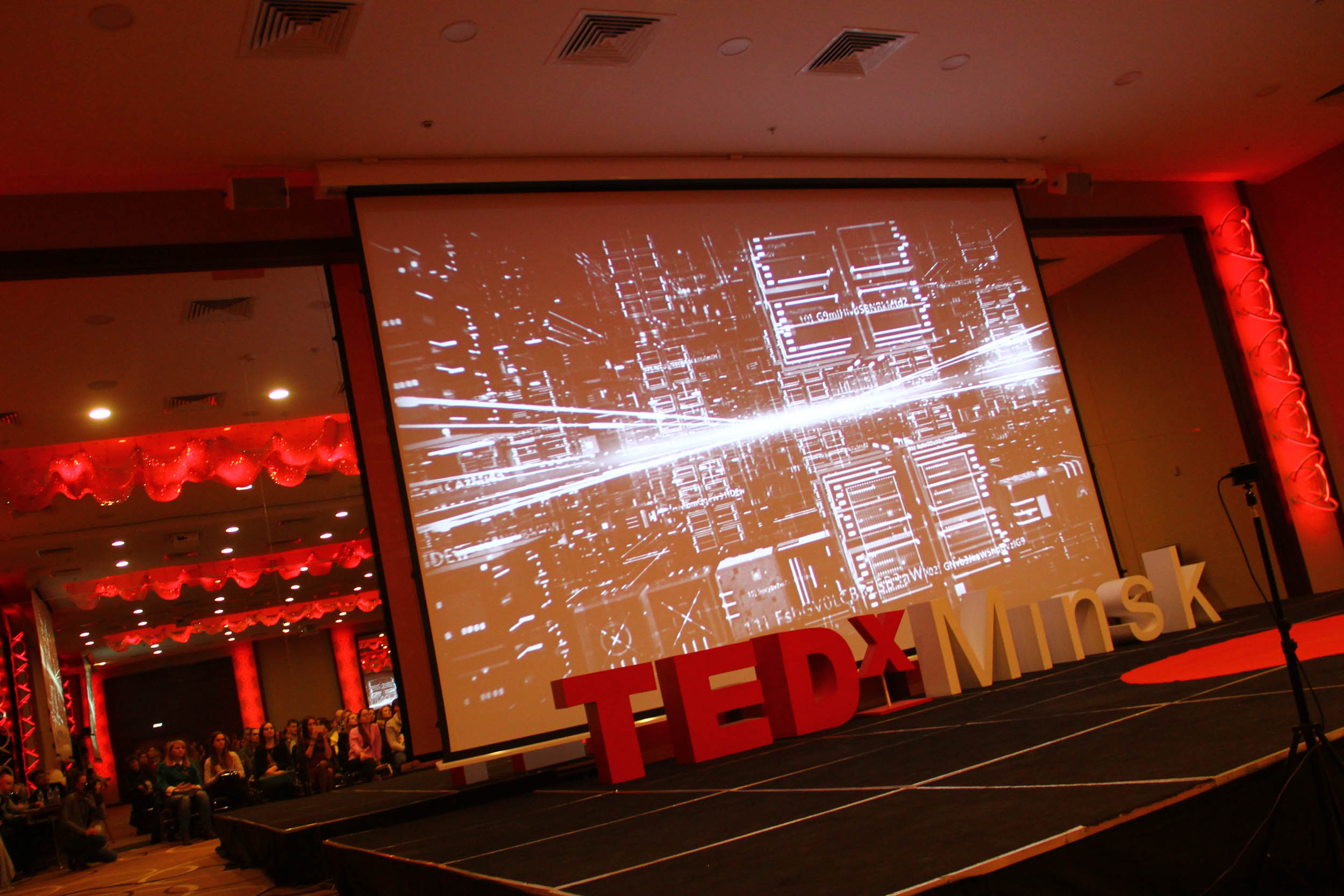 While TED and TEDx conferences are intended to change the world through the dissemination of original ideas presented by authors, then TEDxSalon focuses on discussing concepts already formulated and announced at TED. Any Salon considers only one significant topic, but in different aspects. The January 25 event, for example, was dedicated to the interaction of citizens, the urban environment and its creators - architects.

Videos which were included in the Salon program:

He is a founder of the virtual architectural hub Architizer.com, who led the audience through 30 years of architecture development to show how society is increasingly involved in the design process.

The Pulitzer Prize-winning New York City Guide claims that buildings built with traditional materials “have the ability to imbue history and memory by projecting them into the present.” And this ability of theirs is critically important for the urban community.

An expert on urban communities will tell you how to overcome the loneliness generated by urban life by moving to comfortable, specially planned communal apartments with shared space and traditions for residents.

After watching each video, the TEDxMinskSalon participants will gather in small groups and, with the help of the moderators, discuss how the presented ideas can be transferred to the Belarusian reality.

The TEDxMinskWomen subproject is a presentation by women speakers. Among the speakers of this project were Alexandra Stelmashonok, Valentina Andreeva, Ekaterina Romanovskaya, Olga Shatyko and Tatiana Andreeva. The speeches of these women touch on certain topics, and it is important that the topics are relevant for our country at the moment and are related to recent events. TEDxYouth

TEDxYouth is a large-scale conference for teenagers, where ideas in the field of technology, ecology, culture are discussed. The conference was held in Minsk on the basis of the TEDx project in Minsk and with the support of A1.

TEDx-led talks can be viewed on the official TEDx Belarus website (link at the beginning of the article). Previously, the conference leaders could gather only 100 spectators, at the moment the conference halls can accommodate 400 spectators.

The video archive of the TEDx conference can be found at the official site in the “Video” section. Here you will find a list of presentations from all conferences held. On each video, in addition to the title, you will see the speaker's name and a short description of his speech.

How to become a partner of TEDx

At TEDx it's impossible to go from idea to implementation without sponsorship.

Half of the budget for the conference for 100 people in the hall is from ticket sales. The second part is financing from partners. At the conference, the names of the companies that helped bring TEDx to life will be announced from the stage. But, in fact, a specific person is always behind this decision.

Many partners are not only partners, but also active spectators of the project.

How to become a speaker of TEDx?

The TEDxMinsk website has a TEDx Speaker Questionnaire. Leaders receive a large number of ideas through this channel. The TEDx team has a special volunteer Olga Turtsevich who selects and refines ideas from the questionnaires. Those who are interested are invited for an interview. The result could be an official invitation to become a TEDx speaker, followed by six weeks of individual preparation and small group rehearsals.

A TEDx talk is strictly limited in time: the speaker has a maximum of 18 minutes to present his / her idea.

How to become a volunteer of TEDx?

You can find TEDx talks, news about the project, and more at account of TEDx in Vk. The project also has an instagram account. In social networks you can find the contacts of the project licensees and contact them.