The Female Convents in Belarus

There are many beautiful monasteries both male and female in Belarus, each of them is open for visitors at any time. Today we are going to get acquainted with the 10 most famous female convents in Belarus.

The History of Spaso-Evfrosinievsky Convent

Let's start with the Spaso-Evfrosinievsky Convent in Polotsk - a female Orthodox monastery. It was founded in 1125 by Euphrosyne of Polotsk, and now it is one of the oldest and largest centers of Orthodoxy in Belarus. In 1161, Euphrosyne donated a gilded altar cross to this temple, which was carved by the local master jeweler Lazar Bogshe. In the XIII century, the cross was taken out of Polotsk, and returned again by Ivan Groznyi. And in 1941 during the Great Patriotic War, it disappeared without a trace and the cross is still not found.

Today you can find out everything about the convent on the official website. It provides all the information about the history, events, contacts, a guide that will help get to the temple, and all about accommodation and excursions. 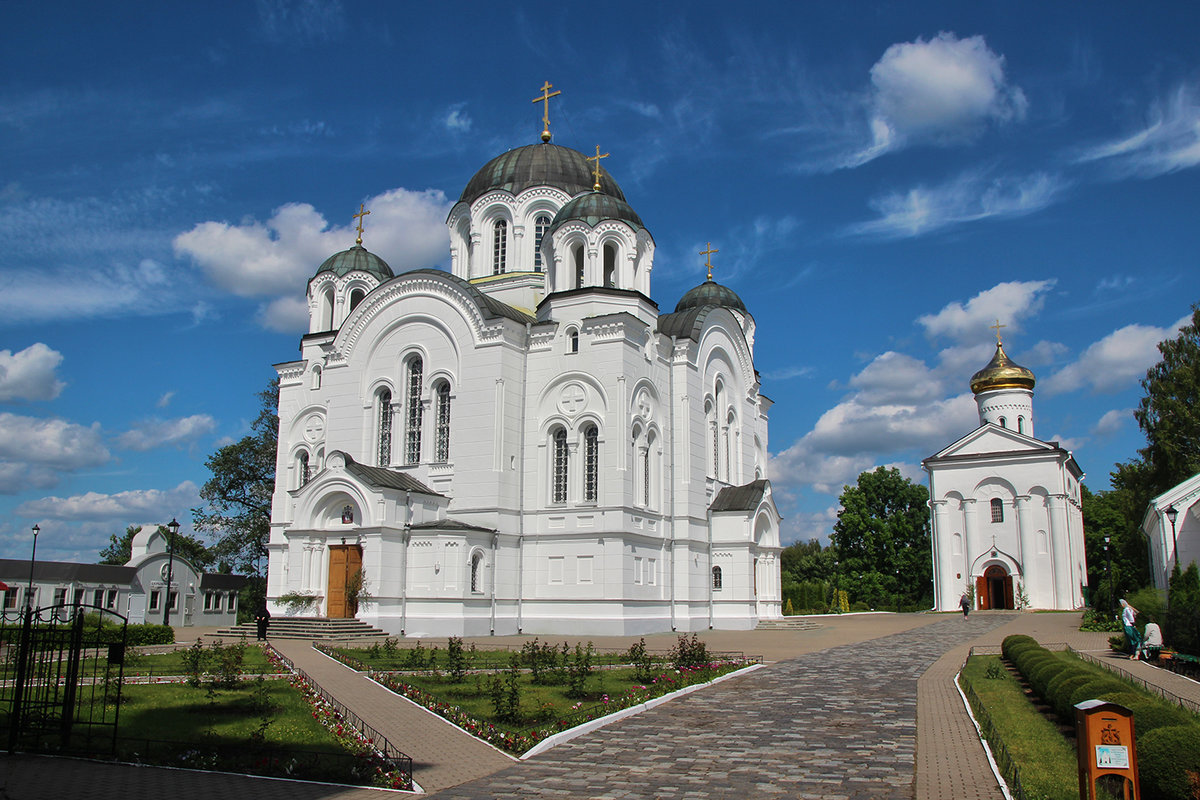 The History of Svyato-Voznesenskyi Convent

Svyato-Voznesenskyi Convent in the village of Barkolabovo, Bykhov district, Mogilev region, was founded in 1641 by Bogdan Stetkevich. The miraculous icon of the Mother of God, which survived all the wars of the XII-XX centuries, was stored in the cathedral church of the monastery, and during the Great Patriotic War the icons were preserved by former nuns.

The Icon of the Mother of God in Svyato-Voznesenskyi Convent

This image is one of the most revered images of the Mother of God in Eastern Belarus, and the nuns believed that the icon made miracles and healed people, but only those who believed in its power. People come here from all over Belarus, Russia, and all the neighboring countries for the "miracle", and all that unites them is faith.

The History of St. Nicholas Convent

St. Nicholas Convent was founded in 1636 by the Orthodox Metropolitan of the Polish-Lithuanian Commonwealth Peter Mogila, and it is located in the center of Mogilev, on the picturesque banks of the Dnieper. On the territory you can find the monastery ensemble, and the main dominant remains the St. Nicholas Church. The pride of the monastery is the four-tier iconostasis of the St. Nicholas Church, restored according to the model of the 17th century, and the most revered shrines are a list from the ancient image of the Mogilev-Bratsk Mother of God and a copy of the miraculous Barkalabov icon.

Today, the complex of St. Nicholas Convent, revived in 1991, is listed on the UNESCO World Heritage List. Nowadays services are constantly being held in the chapel, during which nuns pray for the repose of the deceased. Now there is a sisterhood at the monastery, a Sunday school works, and there is a youth choir.

The History of Svyato-Blagoveshensky Convent

On the 10th of December, 2001, the Svyato-Blagoveshensky sisterhood of the city of Slonim was formed. Nun Ekaterina (Valyanskaya) was appointed the elder sister, and already on the 21st of July, 2003, by decision of the Synod of the Belarusian Orthodox Church, the sisterhood was transformed into the Holy Annunciation Convent. The nun of the temple was the nun Sincliticia (Molodetskaya).

Today 24 natives live in the convent, services are performed in the house church of the holy righteous Juliania Olshanska. Now a new stone temple is being built on the territory of the monastery. 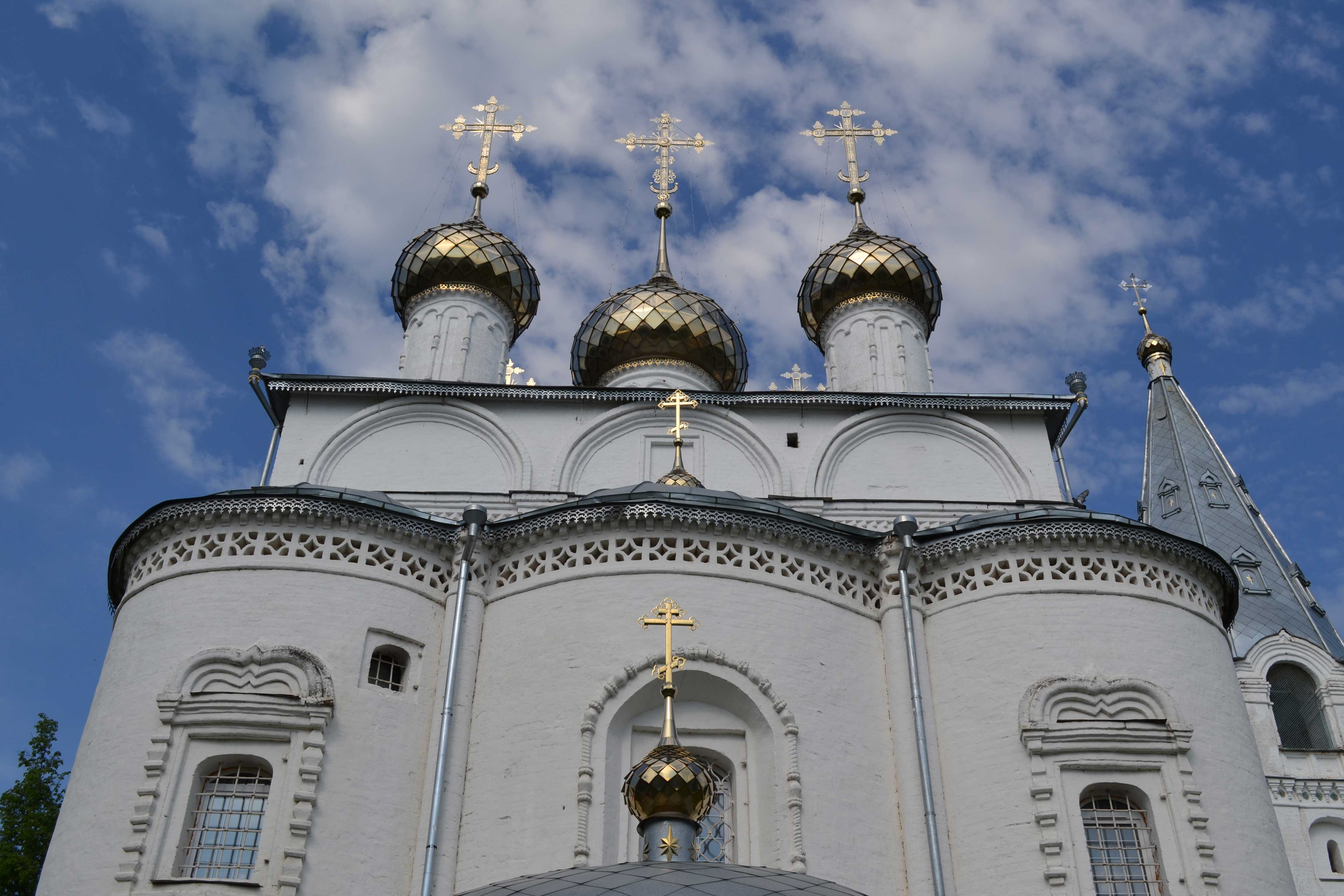 The History of Svyato-Uspensky Convent

The Svyato-Uspensky convent  was founded in 1631 by Duchess Anne Oginskaya and is located on the left bank of the Dnieper in the city of Orsha. In the middle of the XVII century a stone church was built here, then a stone Assumption Cathedral was erected, and in 1691 a church was erected in honor of the Nativity of the Blessed Virgin Mary. In the 1920s, the monastery was closed, and the temple was used for a long time as a warehouse and a smokehouse. In the 1950s, the complex was destroyed.

Currently, multi-storey buildings have been built on the site of the monastery. In 1996, the Synod decided to establish a sisterhood at the Elias Church, which marked the beginning of the revival of the Svyato-Uspensky Convent. A new two-story building was built for the sisters, and in 2006 the new Assumption Church was consecrated. 11 novices live in the convent, and the nun Susanna (Boyko) took over the duties of an older sister. 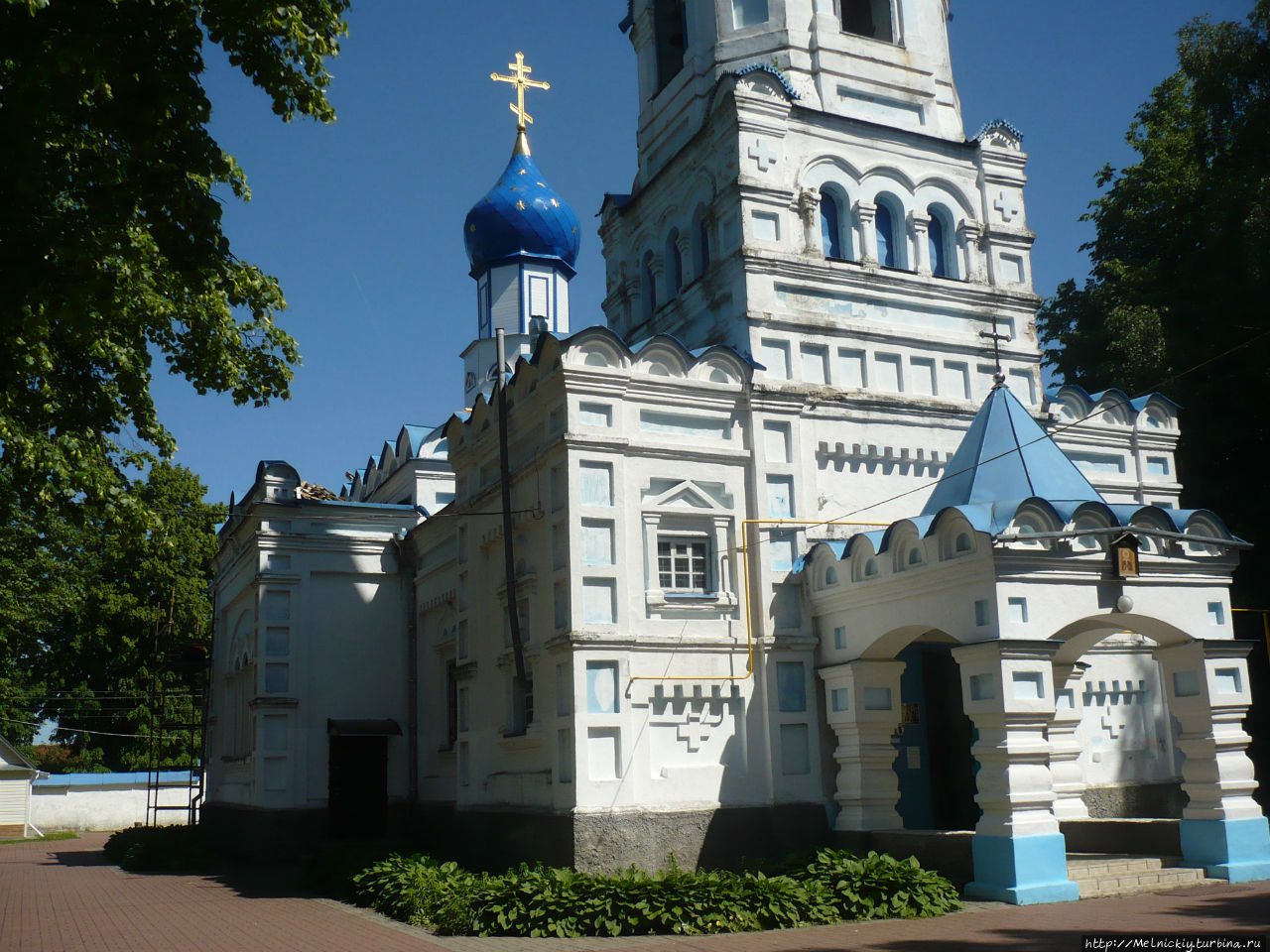 The History of Svyato-Tihvinsky Convent

The history of the Svyato-Tihvinsky Convent begins in 1990, and it is associated with the name of the Monk Manefa, the famous schemanun. Today, 27 sisters live in the female monastery, the oldest is 90 years old. In the convent, everything is done with prayer, as the nuns believe that prayer is the main weapon of the soldiers of Christ.

Today, the information about the temple can be found on the official website, as well as on the official page of the social network Vkontakte. On the parish website you can ask a priest your questions, learn about donations, church rules, and read the latest religious news.

The History of Svyato-Elisavetinsky Convent

Svyato-Elisavetinsky Convent is a female Orthodox monastery on the outskirts of Minsk. Currently it is the only existing monastery of the city. It was founded in 1999 on a place where churches did not exist before.

Today, there are already 8 churches in the territory that carry out charity work in the Republican Clinical Psychiatric Hospital, boarding schools for children and adults with special psychophysical needs, and city hospitals. All information can be found on the official website. 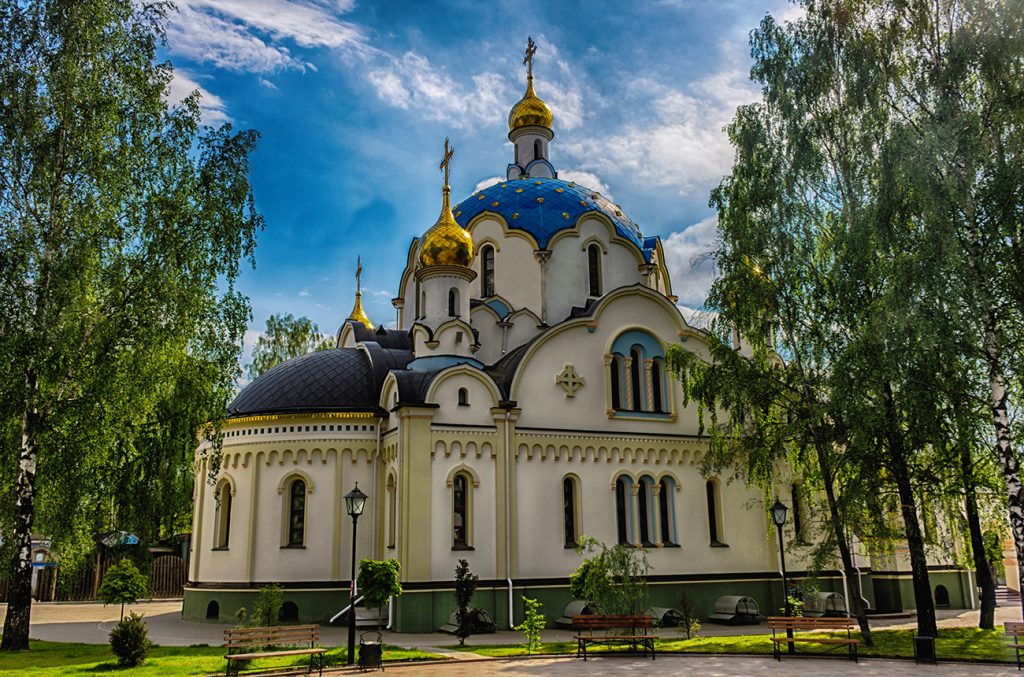 Convent in honor of St. Blessed Xenia of Petersburg 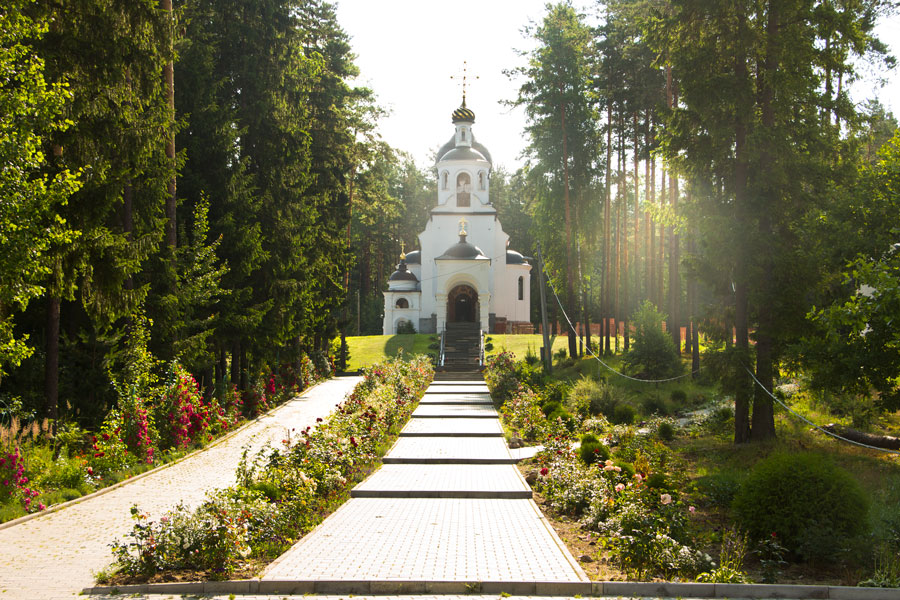 Svyato-Rozhdestvo-Bogoroditsky Convent is an Orthodox nunnery of the Brest Diocese, located on Hospital Island in the Brest Fortress. The monastery was founded in 2002, but its history dates back to 1480. The monastery has a Svyato-Rozhdestvo-Bogoroditsky house of the church. On the website you can find all the information, starting from the schedule of services and ending with contacts and addresses. 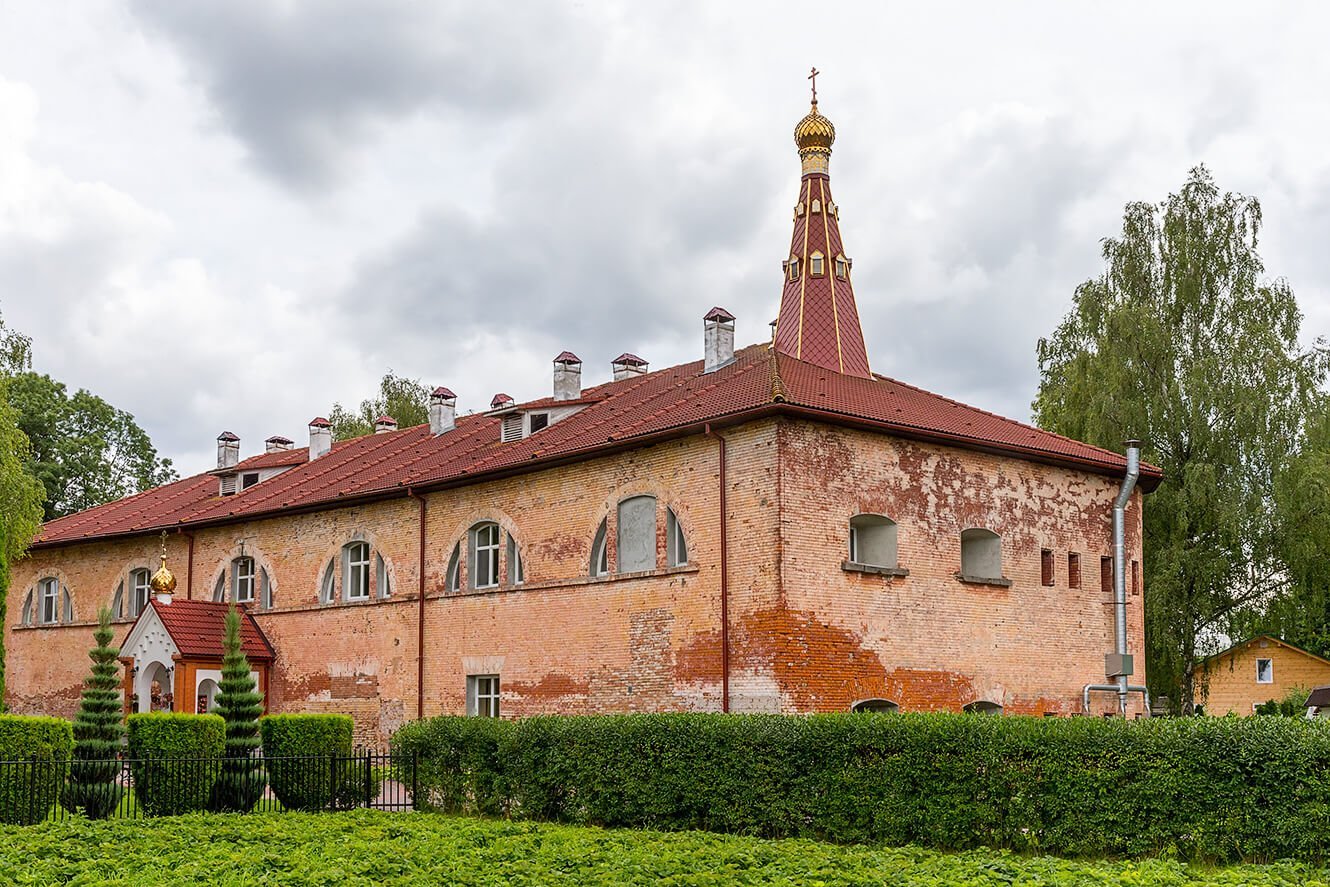 Svyato-Vvedensky Stavropegialny Convent is located near the small village of Bogushi, in the Grodno region. 20 years ago there was an abandoned farm, and now there is a whole monastery complex with a temple, cells and houses for pilgrims.

Recently, the monastery gained popularity after the post of Maria Stolyarova, editor-in-chief of the magazine “City of Women”, that matron Elisaveta wants to make a home for disabled girls in the unfinished house that was presented to the monastery. The convent provides assistance to anyone in need. 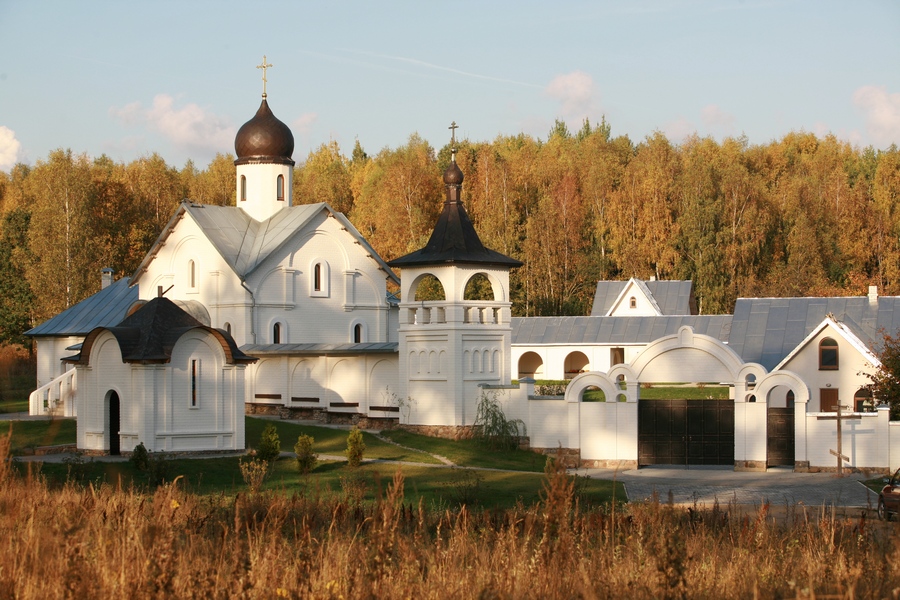