Today, contemporary art in Belarus is developing at its own pace. But what do you know about it? What was pre-revolutionary Minsk? A small Jewish town with two monuments: Nicholas I and a boy with a swan, a typical sculpture of its time. And now? A new generation comes, different people, different artists, but they are of no interest to anyone, as the momentary effect has become important to people. So let's get acquainted with modern sculptors from our country.

The development of sculpture in Belarus

A long way of development, along with painting and architecture, was sculpture. Its achievements in the pre-war period are embodied in the works of A. Grube, A. Brazer, 3. Azgur, A. Bembel, A. Glebov, A. Orlov and others. In the 60-70s, a large number of memorial monuments to the fallen soldiers and partisans.

Belarus is very proud of the feat of the people committed during the Great Patriotic War. Therefore, at the turn of the XX-XXI centuries. in the sculpture of Belarus, the following areas of heroic-patriotic themes can be identified:

• commemorative signs, monuments dedicated to the heroic deed in times of peace.

Belarus boasts thousands of sculptures, but whose work is worth paying special attention to? Whose names deserve to be noticed? Today we will tell on whose masterpieces it is worth staying longer.

Famous Belarusian sculptor Maxim Petrul. His artistic method or artistic style in the space of art is manifest as “Maximalism”. The sculptural compositions of his authorship are integrated into the spaces of Grushevka and Malinovka stations. You can also admire his work outside Belarus, and as for Minsk, he is the author of such works as “Razbityy ochag” - a memorial to honour of the Minsk ghetto, 2008, «The fountain of victory», « The Flower of Fern», the park of the 900th anniversary of Minsk .

Andrey Ostashov is one of the most sought-after contemporary authors of Belarus. His works are in museums, corporate and private collections in many countries of the world. In the Republic of Belarus, it is represented exclusively by the ArtPort Gallery of Contemporary Art. Works in stone and bronze, creating fantastic stories where modernity is mixed with the motifs of the mythology of East and West. The ability to subtly reflect the inner experiences of their heroes, the sensuality of each sculpture - the dialogue of Ostashov's sculptures with the audience is always emotional and deep.

A professional sculptor and graphic master from Belarus. Today is the chairman of the sculpture section of the Belarusian Union of Artists. He is a member of the Republican and Minsk city art and expert council on monumental and monumental and decorative art. Participates in individual, group exhibitions at the regional, republican and international levels. The author of a number of monuments and park sculptures installed in Belarus, Russia, Ukraine, Lithuania.

The author of numerous works in the field of monumental and easel sculpture. He creates a sculpture that forms a perception environment, including diverse versions of its existence and interpretation. The protagonist of the sculptor's work is a man. Konstantin Selikhanov is the author of the following sculptural compositions: abstract composition “Wave” (Timiryazev St., Minsk), composition “Snail” (Aerodromnaya St., Minsk), sculptural portraits of Albert Einstein, Anatoly Solonitsyn, Arseny Tarkovsky, «Nizhnyaa chelust’ Sigmunda Freida» , the sculpture «Muza opery» at the National Academic Bolshoi Opera and Ballet Theater in Minsk, a monument to the writer Vladimir Korotkevich in Kiev (together with the sculptor Oleg Varvasheni) and many others. other 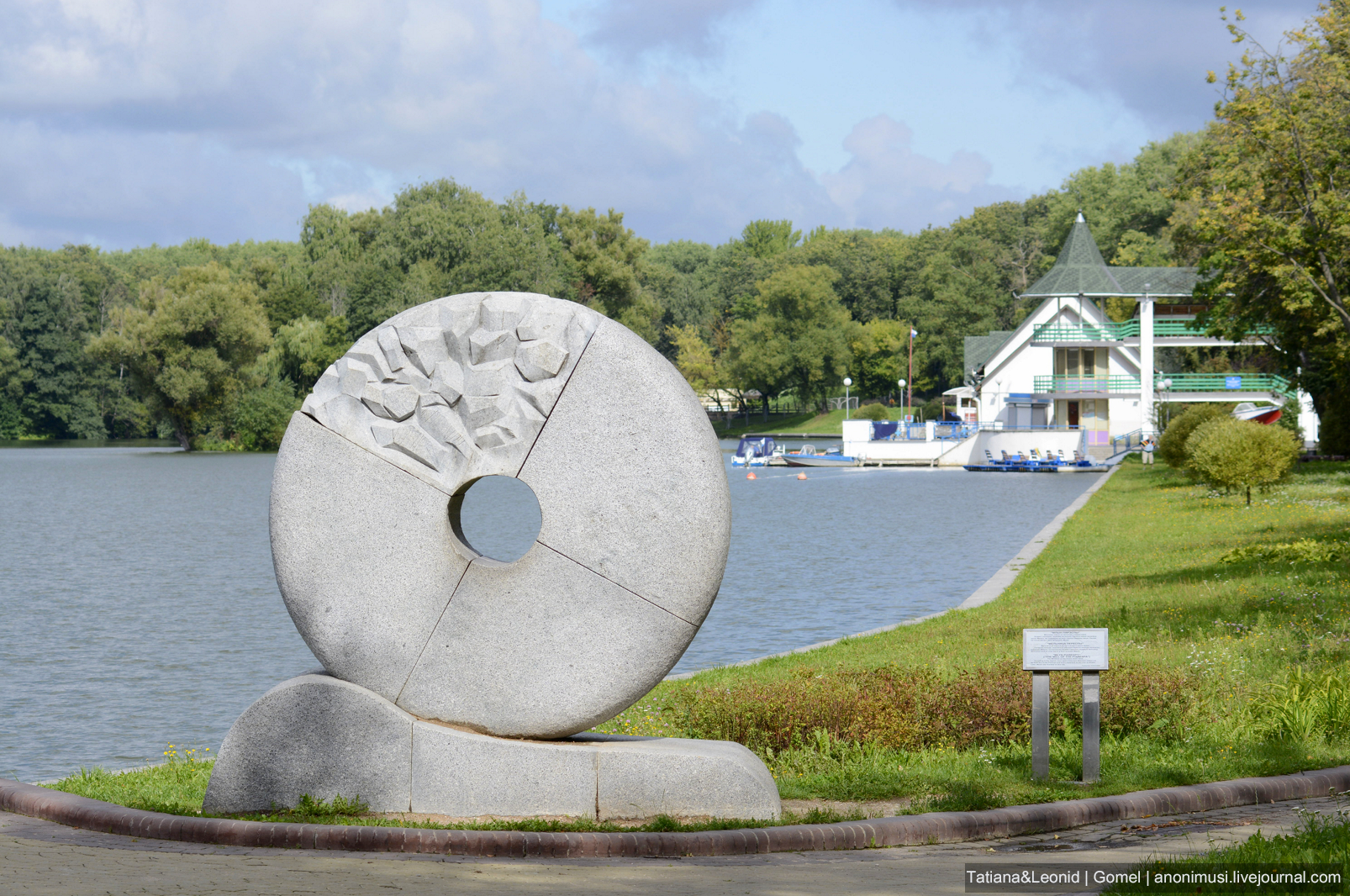 Finsky Alexander Mikhailovich - Belarusian sculptor, assistant professor of sculpture at the Belarusian State Academy of Arts, laureate of the State Prize of the Republic of Belarus (2011). The author of such works as the Red Coast memorial complex, the village of Red Beach, the monument to Simeon Polotsky in Polotsk, the monument to Adam Mitskevich in Minsk, sculptural compositions for the National Opera and Ballet Theater in Minsk (co-authored with sculptors M. Shkrobot, G. Buralkin ), the sign “Zero mile” on October Square in Minsk, memorial "Yama. Minskoe getto”in Minsk.

The gallery of characters, moods, emotional states - photo portraits, which are a distinctive feature of the works of Evgeny Kolchev. A clear and subtle fixation of the image, largely spontaneous, based on the natural behavior of a person, and not on the pose, the most traditional for this genre. His works are in the National Center for Contemporary Arts of the Republic of Belarus, in private collections.

Zhbanov is the author of such famous sculptures as “Stranger”, “The girl with umbrella”, “Prikurivaushii”, “Kolyaska gubernatora”, “Postman”, “Customers”, “The horse”, “Geese”, “The lady and the dog” in Minsk, Fountain “Zolotoi trilistnik” in Molodechno, “Astrologer” in Mogilev and many others. The death of Vladimir Zhbanov is a huge loss for our country, but despite this, many still consider him the best sculptor of our republic, an unsurpassed master of a good idea.

Alexander Botvinenok is known for being one of the first Belarusian sculptors to use straws in his work. The author of such works as portraits of Anatoly Anikeichik and Mikhail Savitsky - people whom he personally knew and admired. The impressive part of the work reflects the enchanting grace of a woman. Naked Aphrodite, a girl with an apple, whose nakedness is covered up by a casually thrown men's shirt ... And part of the exhibition is turned to biblical motives. The sculpture of the Archangel Michael, on the carved wings of which straw plays with gold, the master calls his best work.

Architect, sculptor, laureate of the Lenin Prize (1970), Prize of the Lenin Komsomol of Belarus. Major works: memorial complexes “Katusha” in Orsha, “Khatyn’”, “The brest fortress of hero”, a monumental and decorative composition “Run” at the Dynamo Stadium, “The winter” on Pobediteley Avenue in Minsk, “Partisans of Polesie” in Pinsk (et al., 2002), “Belarus partizanskaya” (2005) in Minsk, etc.

The Belarusian sculptor Andrei Vorobyov woke up famous after his monument to cucumber was erected in Shklov. In addition to this famous image, Andrei Vorobyov is the author of the memorial sign "Mogilev - the cultural capital of the CIS" at the city executive committee, a statue of a gymnast near the Gymnastics Palace, many memorial plaques in memory of outstanding Mogilev residents. Now he is working on several sculptures that will surely make the city more interesting - both for the townspeople and for the guests of Mogilev.

The name of the famous sculptor Sergei Bondarenko is well known both in our country and abroad. The author of such works as a relief panel “The song of the bison” for the lobby of the National Library of Belarus, stela “Triumph” and the Alley of Olympic Glory (cultural and sports complex “Minsk-Arena”), an equestrian monument to Prince Olgerd (Vitebsk), a sculptural composition “Belarus hospitable”for the Palace of Independence.

The Minsk sculptor Alexander Prokhorov is known for such works as “The urban scale” on Freedom Square and “Kirill turovskii”. Today, Alexander not only sculptures, but also engages in social and public activities, such as conducting modeling workshops, where he demonstrates to visitors how to sketch a future sculpture from an ordinary plasticine.

Honored Sculptor of Belarus - Leonid Levin. The historical Nemiga, the monuments to Kupala and the thoughtful Kolas, the designs of the buildings of the Belarusian Foreign Ministry, VDNH, the Minsk metro stations, architectural solutions of many parts of the Belarusian capital are the work of Leonid Levin. True, for all, the master is primarily one of the creators of the Khatyn memorial complex, for which he was awarded the Lenin Prize as part of the team of authors.