The most famous belarusian sportsmen

Our country is not very big but nice centre of Europe. Besides, the Republic of Belarus is one of the strongest in the world when it comes to sport achievements. Our motherland has a great progress in many types of sport. So, Belarus is also a home for such sportsmen as Darya Domracheva (biathlon), Nadezhda Skardino (biathlon), Melitina Staniouta (gymnastics), Viktoria Azarenko (tennis), Maxim Mirnyj (tennis), Alexander Gleb (football), Alla Zuper (freestyle), Igor Zhelezovskyj (athletics), Julia Nesterenko (athletics).

Darya Domracheva was born in Minsk, but her family moved into Khanty-Mansiisk when she was at the age of 4. Her mother was a chief architect in the city of Njagan where the girl started doing sport. In 1992 she started skiing under the head of Andrey Doroshenko. In 1999 Darya started to go to the biathlon school. Her first tutor was Albert Musin. In 2003 Darya joined the national team of Belarus. Her first championship was in Kontiolahti in 2005. She won sprint and pursuit.

In 2006 Darya was the 3rd in pursuit and the 4th in individual race at the USA Junior World Championship.

In 2007 Darya was the 2nd in sprint and in pursuit in Italy.

Despite of sport, Darya Domracheva paid much attention to the education. Darya graduated from Belarusian State Economic University. The sportswoman also has another diploma of high education. In 2015, she got a diploma in commercial law.

Famous belarusian sportswoman finished her sport career in summer in 2018.

Darya Domracheva is the first biathlete to win four gold medals at the Olympic Games in different years.

Besides, Darya has bronze for Individual Race (Vancouver 2010).

Relay bronze at the Biathlon World Championships 2011 in Khanty-Mansiysk.

Darya had been choosing between sport and a role of mother and wife for a long period of time. Finally, she had chosen the last one. Nowadays Darya pays much attention to her family. This wonderful woman informed that she is going to travel around Norway and Belarus. Darya found herself in fashion. She represented sportswear for children and adults.

Nadezhda was born in Saint Petersburg. The girl grew in a big family. Nadezhda has 4 sisters and 2 brothers. At the age of 7 she was fond of ski running. In 2004 sportswoman got used to biathlon. Actually, there were too many biathletes to get into Russian national team, so Nadezhda got an invitation from belarusian tutors to join the national team of Belarus. She moved to Minsk. The career of biathlete started from junior team.

In 2005, Nadezhda won in mass start race. She also won 2 silvers in sprint and pursuit. 2005-006 was mentioned with the winning of IBU Cup, which helped her to stay in team base. In season of 2009-2010 Nadezhda was at the 8th in the World Cup stage. In the next, the biathlete also brought two bronzes. In 2012-2013 in sprint she won a bronze in the World Cup. 2014 became the top of Nadezhda’s career. It was the year of Olympic Games. In 2016, Nadezhda got a gold medal. She became the best of the best in pursuit. In 2017, the sportswoman got a gold medal in individual race. At the Olympic Games in PyeongChang Nadezhda won a gold medal. In June in 2018, Nadezhda finished her sport career.

Nowadays the sportswoman is married with Swiss biathlete Martin Eger. In free time Nadezhda prefers travelling and she is also interested in knitting. 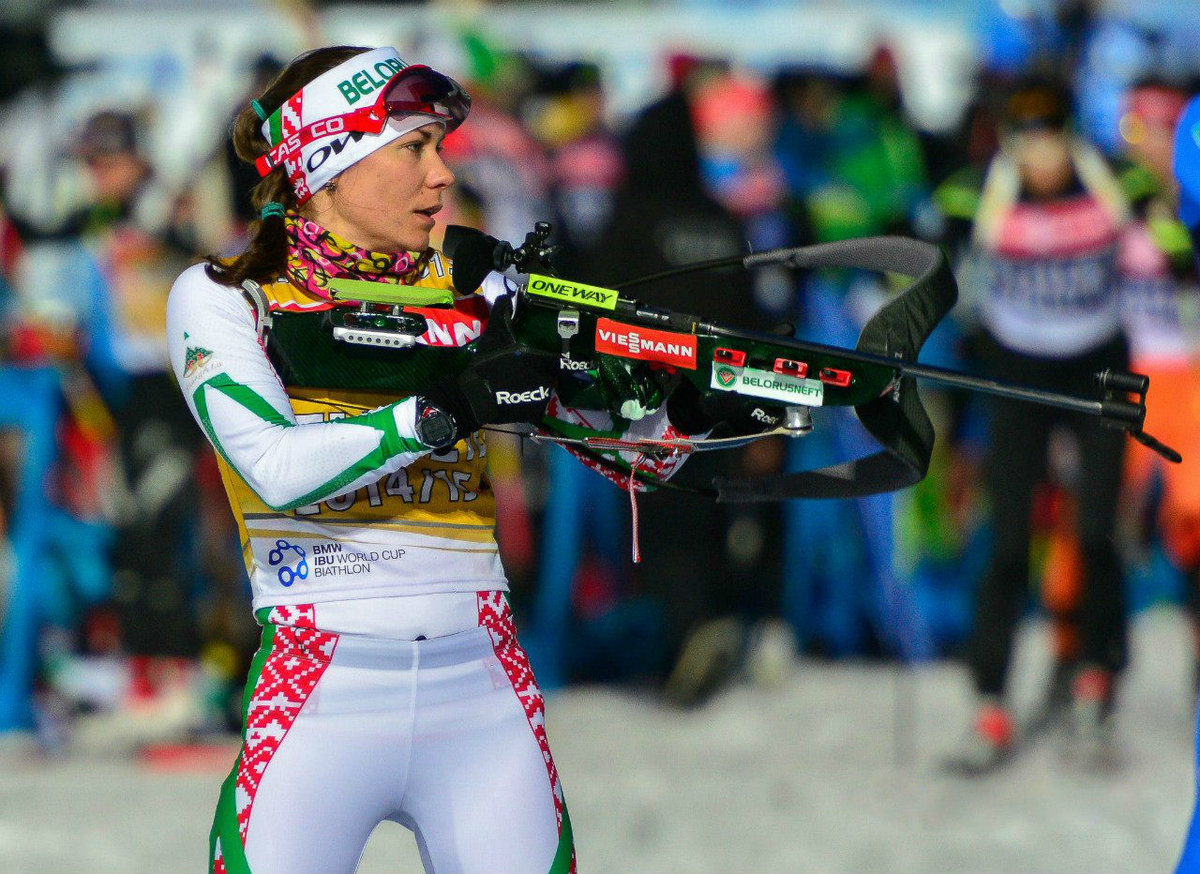 Melitina is the great-granddaughter of Belarusian actress Stefaniya Staniouta. The future gymnast was born in Minsk in an intelligent family. The girl began to do gymnastics at the age of three years. Melitina Staniouta has been making progress since her first training at a sports school. The girl from childhood participated in various competitions. At the age of 15, the athlete already had 3 silver medals from the European Junior Championships. A year later, the girl twice won at the World Cup. In 2010, Melitina got two bronze medals at the World Championship – for performances with a rolling pin and all-around. After these performances, the athlete got a leg injury and underwent a complex operation. The girl admits that participating in 2 Olympics and recovering from an injury are the three most prominent periods of her career.

In 2013, the gymnast won 3 bronze medals at the European Championship. In 2015 at the World Championship, Melitina took a silver medal for team performance and a bronze medal for tricks with the ball. Before participating in the Olympics, the athlete was at 6 out of 10 stages of the World Cup. After the games in Rio, the girl finished her sports career at the age of 23.

Melitina has an active real and virtual life. The girl loves to travel to different countries, giving her suitcases nicknames on the Internet under the heading "Guess where I'm going". The gymnast visits many countries. She also gives various master classes. Moreover, the ex-gymnast often participates in various charity events. Once a gymnast worked at the cashbox in one of the popular fast food chains.

Victoria was born in Minsk and became a famous Belarusian tennis player. From the age of seven the athlete was seriously interested in tennis. Since 2002 she began to deal with it professionally. Azarenko won her first tournament in 2003 in Tashkent, from that moment began her successful career as a tennis player.

In March 2009, Viktoria made her way into the top of ten strongest tennis’ players in the world, and in March 2011 she rose to 3rd place in the world ranking.

The athlete continues her sports career up to present days. From the latest news it is known that Victoria Azarenka failed to get into the second round of the tournament in Monterrey. 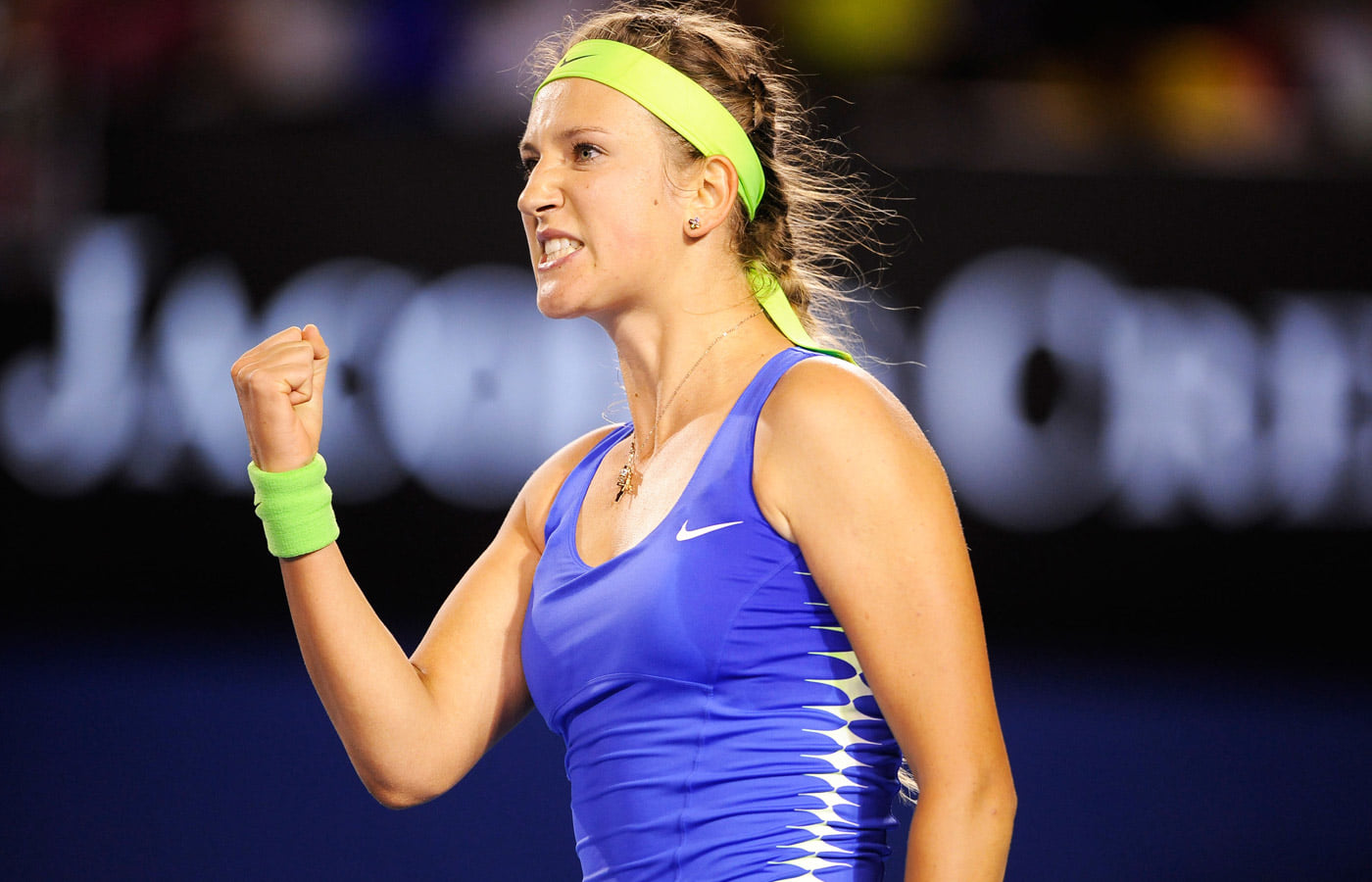 Maxim Mirnyj was born in the city of Minsk. Mirnyj is a hereditary athlete. Maxim has been playing tennis since he was seven. From the very beginning his father was one of the tennis player’s trainers. Occasionally he was assisted by specialists from American academies.

Maxim Mirnyj is a multiple winner of the Grand Slam tournaments, ATP tournaments in doubles. Maxim Mirnyi won 4 times in the doubles at the Kremlin Cup, he became the first racket of the world in doubles. The most serious rivals for the Belarusian for almost the entire career were the Brian brothers.

In addition to his playing career belarusian tennisist have several non-sports objects. In Bradento, Mirnyi opened his own pizzeria. The athlete also opened a sports center with tennis courts, a fitness club and beauty parlors in Minsk. Despite of the fact that Maxim Mirnyj continues his sports career the athlete spends most of his time with his family: his wife and four children.

Alexander Gleb is belarusian midfielder. The sportsman was born in Minsk. Alexander was twice announced as the best football player in the country. As a child Alexander was fond of various sports but finally he focused on football. Firstly, he played in “Dynamo” in Minsk, then moved to “BATE” in Borisov. Also he played in clubs in Germany and London.

Playing in “BATE” Alexander became the six-time champion of Belarus (in 1999, 2012, 2013, 2015, 2016, 2018). The athlete won the Intertoto Cup, the Spanish Cup, also he is the winner of the UEFA Champions League, the winner of the Football League Cup, as well as the winner of the BelSwissBank trophy named after Alexander Prokopenko in the nomination "For football talent and dedication in games for Belarus."

On the 11th of March, 2020 a Belarusian footballer decided to finish his sports career. He said this at a press conference in Minsk after the presentation of the documentary “Our HLEB”. Nowadays the footballer is married to Svetlana Gubarevich. The footballer also has a daughter. 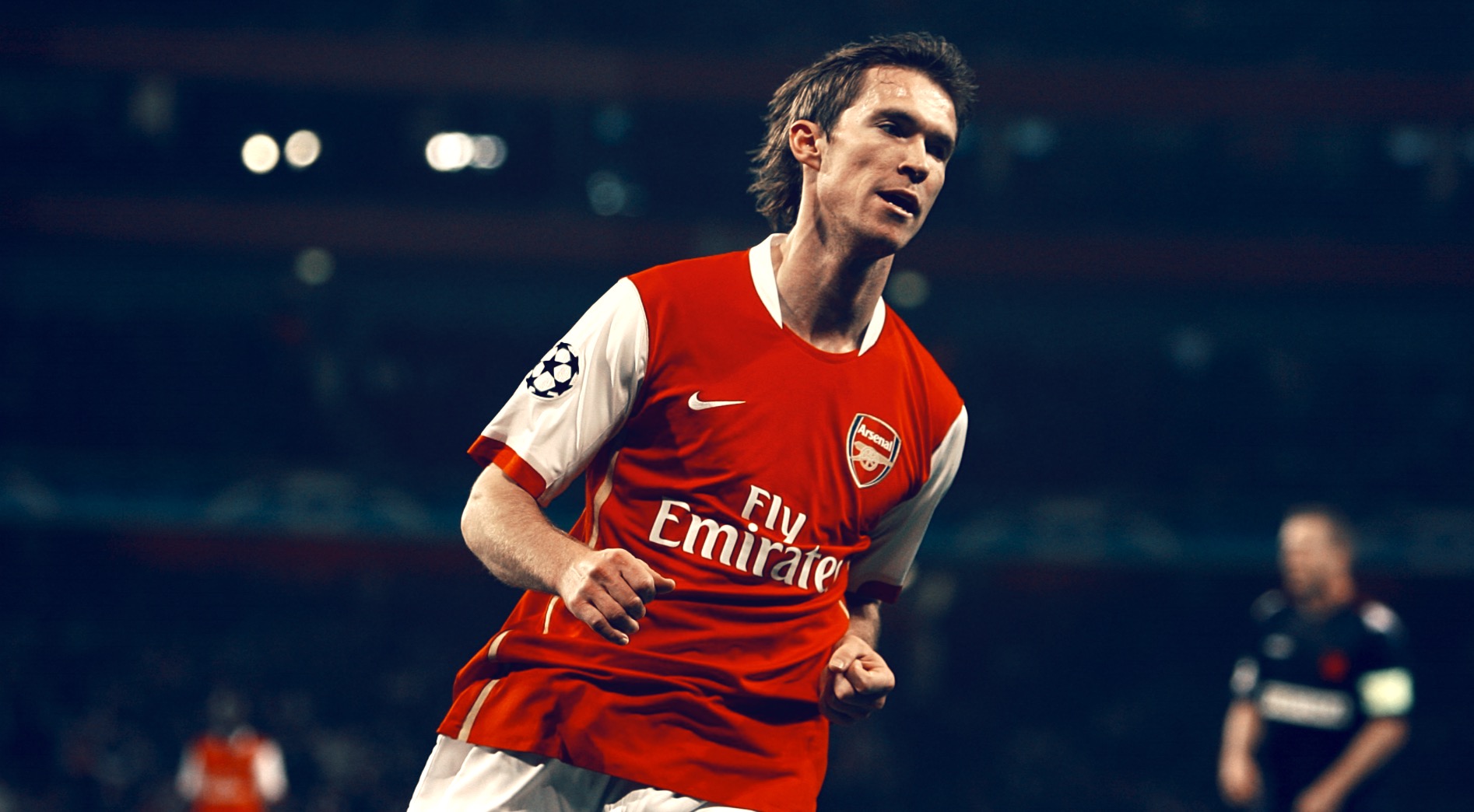 Alla Zuper is a belarussian and ukrainian freestyle sportswoman. Alla was born in the city of Rivne in Ukraine. The athlete is the Olympic champion in 214 in ski acrobatics, a multiple winner of the stages of the World Cup. Alla is a master of sports of international class. The athlete graduated from Gomel State University with a degree in training and teaching. In 2012, she gave birth to a daughter Elizabeth. After that the athlete returned to freestyle. Later in 2015 she gave birth to a second child. It was son. His name is Timofei. Then she returned to freestyle again.

The athlete finished her sports career. But at the 2018 Olympics in Pyeongchang she represented our country at the opening ceremony. Zuper stopped one step from the triumph - in fourth place. 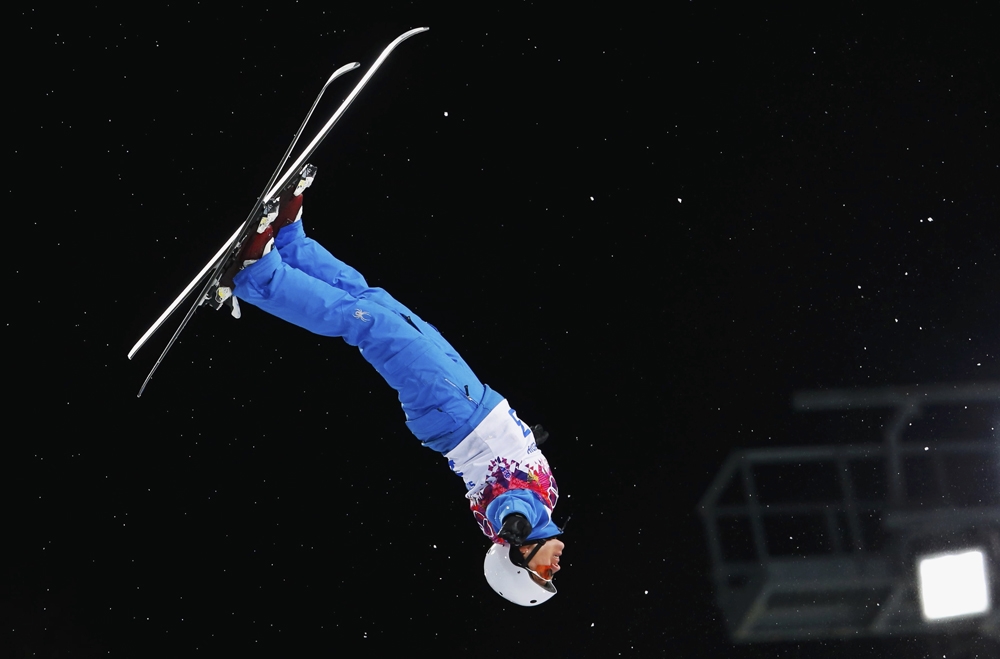 Igor Zhelezovsky was born in Orsha. Igor is one of the strongest skaters in the world – sprinters in the 1980s and 90s, twice world record holder at a distance of 1000 and 1500 meters and in the sprint all-around. He is silver and bronze medalist of the Winter Olympic Games at a distance of 1000 m. The athlete is considered one of the most unfortunate in the history of the Olympics, as the world's best sprinter of the 1980s was unable to win a gold medal. Igor graduated from the Belarusian Institute of Physical Culture. 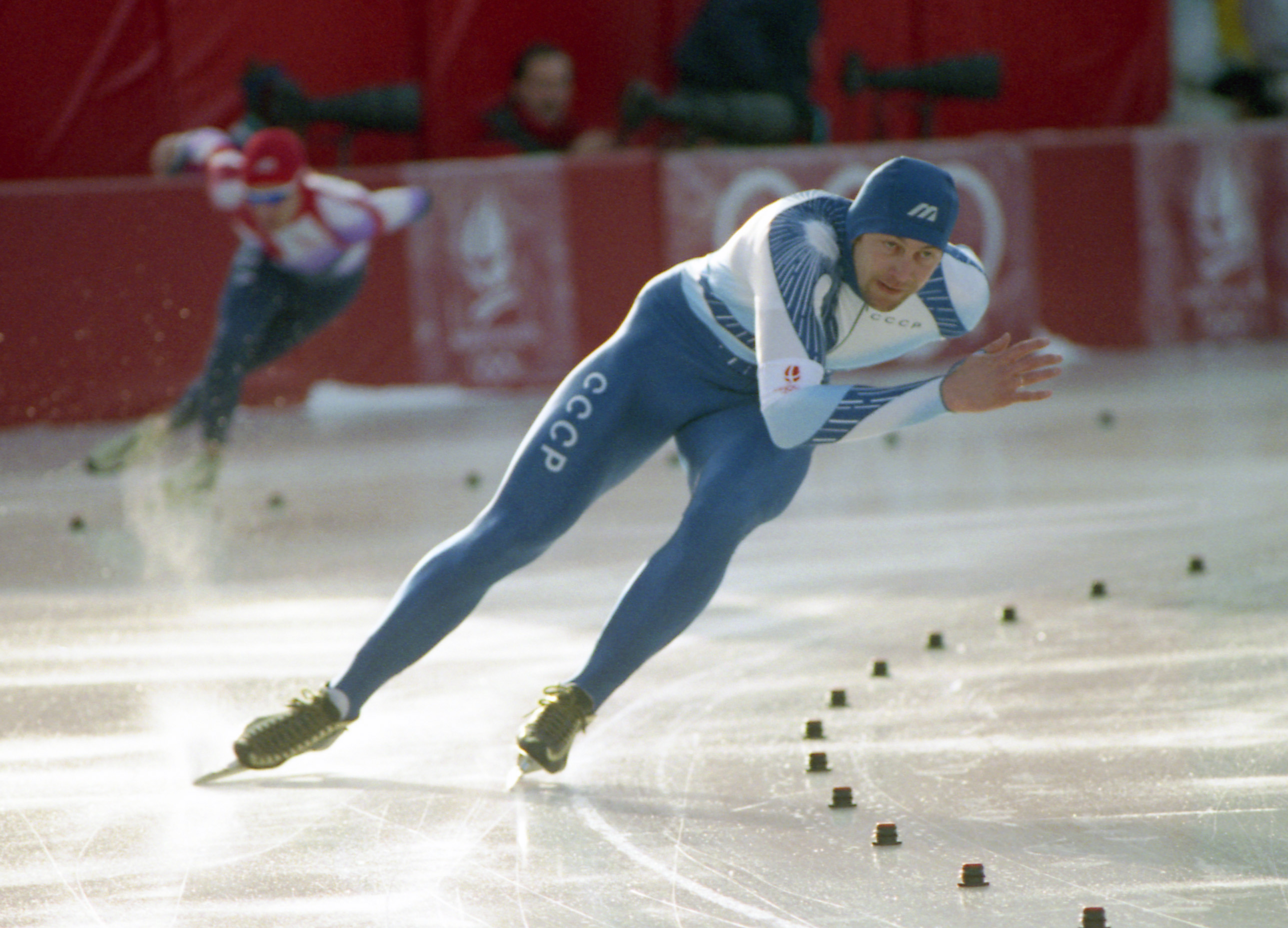 Julia was born in the city of Brest. This famous girl is a Belarusian athlete and Olympic champion in the 100 meter race. She is the best athlete in Belarus according to the newspaper “Sports Panorama”. Julia is also an honored master of sports. In 2003, Julia graduated from Brest University. The champion was trained by the Honored Coach of the Republic of Belarus Vladimir Zinchenko. The coach invited Julia to the national team. She was there for some time, but later she returned to Brest.

In 2001 Julia was the 2nd in the relay and the 6th in the 100 meter race at the UEFA European Under-23 Championship. At the 2005 World Championship in Helsinki she won a bronze medal. In 2008 at the Olympics in Pekin Julia could not make it to the finals of the 100 meters race, but reached the semifinals. In 2012 Julia missed the Olympic Games in London due to an injury.

In 2017, the Brest athlete decided to finish her sports career and started coaching. Today, Julia is engaged in coaching and travels to holy places.