The economy in Belarus consists of many sectors, one of which is agriculture. And this is not surprising, because about a third of the country's inhabitants live in rural areas. And if you consider that in Belarus there are 9011.5 thousand hectares of agricultural land, then everything falls into place. Today we will talk about agriculture in Belarus, discuss its structure, main areas and organizations.

The agricultural industry in Belarus

Agriculture provides about 6.4% of GDP. Belarus has the highest provision of arable land in Europe - 0.47 hectares per inhabitant - twice as much as in Germany, France, England. The structure of the industry is dominated by large farms that receive government support and subsidies; In the most favorable position are export-oriented enterprises. At the same time, most of the potatoes, vegetables, fruits and berries, as well as wool, are produced by private households and farmers. But this does not mean that it is easy for Belarus to maintain these figures. It will not be exaggerated to say that Belarusian agriculture means getting high yields at any cost.

The share of agricultural products and food products in the country's total exports in 2019 amounted to 16.8%. Supplies of milk and dairy products, rapeseed oil, finished or canned fish, canned vegetables and fruits, soybean oil, poultry, eggs, chocolate and other finished products containing cocoa and potatoes increased.

Regional features in the field of agriculture

In the Republic of Belarus, every ninth hectare of agricultural land is contaminated with radionuclides and almost every tenth hectare is unfavorable for agriculture due to the swampiness of oversized areas, however, the industry continues to develop and deal with problems.

Belarus is persistently trying to join the WTO, and is also trying to follow one of the priorities of the United Nations agricultural policy - the rational use and conservation of soil and water resources, which will become the basis for ensuring food security for future residents of the Earth.

In general, arable land prevails in the country, which accounts for more than 60% of the agricultural land. The largest share of arable land is located mainly on the hills, especially in the Grodno and Minsk regions. With a decrease in the share of arable land, the proportion of meadow land is growing. But this fluctuation does not greatly affect the proportion of land occupied by permanent crops (orchards and berry plants).

With regard to meeting the needs of the domestic market, agriculture is divided into agricultural organizations, farms and private households.

Agricultural enterprises in Belarus are collective farms, state farms, agricultural firms and enterprises. To date, there are 1357 such organizations. The most profitable enterprises are located in the Grodno region, the leader of which is Milk World OJSC.

Farms also help in farming in Belarus, and today they perform in the amount of 2652. Each year they set new records. Last year, Belarusian farmers, for example, provided the collection of 18.5% of vegetables and 6.4% of potatoes, although they use only 2.3% of all farmland in the country.

To date, private farms, although lost their popularity, but still remain relevant. In the Vitebsk region, for example, 26.5 thousand sheep and goats are kept in all categories of households and farmsteads.

In crop production in Belarus, grain farming is of the greatest importance. Not only the provision of the population with bread products, but also the production of feed for livestock, and the strengthening of the economic situation of farms depend on the quality and quantity of grain. The most profitable are:

• Rye. It is most resistant to the natural conditions of Belarus. This culture easily tolerates adverse weather, low soil fertility and acidity, and responds well to fertilizers;

• Wheat is the most valuable crop. It is demanding on heat, moisture, soil fertility and agricultural cultivation. The largest areas of wheat sowing are located in areas with better soil conditions in the Grodno, Minsk and Brest regions;

• Barley is one of the highest yielding and precocious crops. Its crops in Belarus expanded significantly in the 70s. XX century. The culture has excellent feed quality. Barley occupies the largest areas in the central, eastern and north-eastern parts of Belarus;

• Oats - a crop demanding on humidity and cool weather, sown earlier than other spring crops. It is grown everywhere, but the concentration of crops is greater in the north of the country;

• Buckwheat. At the beginning of the twentieth century in terms of crop area it was second only to rye. But since that time, its yield has not grown much, so the area of ​​its crops decreased by tens of times. The accident at the Chernobyl nuclear power plant led to radioactive contamination of the main territory on which buckwheat was grown. The accumulation of radionuclides in its grain is the second reason for the reduction in buckwheat crops. But, nevertheless, since 2008 there has been an increase in the sown area of ​​this crop. 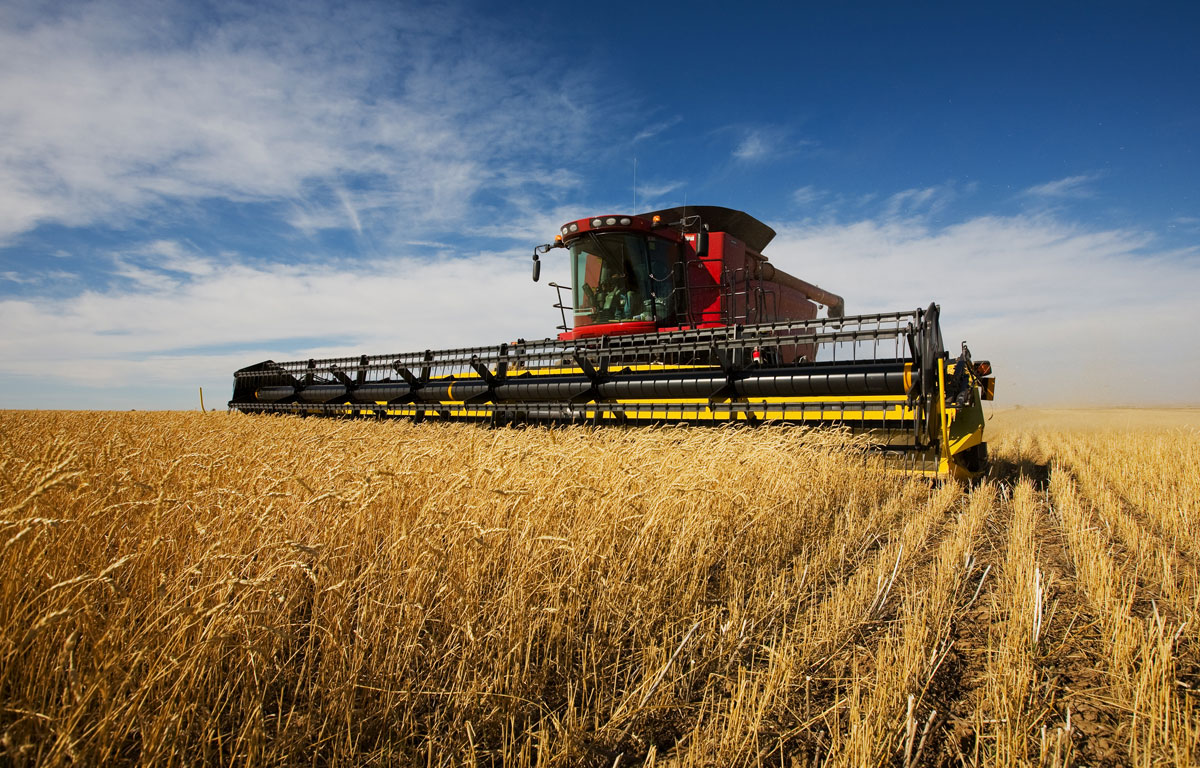 It gives the highest calorie foods (milk, meat, eggs), raw materials for industry. For some sectors of light industry, it supplies wool, bristles, hides, and fur.

The natural basis for the development of animal husbandry is natural floodplain and dryland meadows, deposits, swamps, shrubs.

Belarus is ahead of all former republics that were part of the USSR in the production of meat per capita, and second only to Lithuania in milk. In the structure of meat products, almost half is pork. Livestock breeding is more developed in the Grodno, Brest and western regions of Minsk.

Material and technical base of agriculture in Belarus

In addition to energy-saturated tractors, machine-building enterprises of the Republic of Belarus have mastered the production of other types of agricultural machinery. In the USSR, the Gomselmash plant specialized in the production of fodder harvesting complexes, but after gaining independence, it mastered the production of grain harvesters and other combines. As a result, by 2014, more than 80% of combine harvesters in the country's agricultural enterprises were produced by this plant. The experience of Gomselmash is cited as an example of successful import substitution.

The main directions of development in the field of agriculture

Agriculture is part of the agro-industrial complex and includes the following main sectors: