The main industries in Belarus are mechanical engineering, metalworking and electric power, potash mining, chemical and petrochemical industries, forestry and wood processing, light and food industries. That is heavy industry occupies more than half of this list, since it includes electricity, fuel, ferrous and non-ferrous metallurgy, mechanical engineering and metalworking, chemical and petrochemical, forestry, woodworking and pulp and paper industries, building materials industry, etc.

Today we will learn about the development of heavy industry in Belarus, its varieties, and major events.

Development of heavy industry in Belarus

The life of Belarusian society in the first post-war decade was rather complicated. People experienced great material difficulties. But at the same time it was possible to observe high rates of restoration and development of industry, transport, construction, etc.

The fifth five-year plan (1951–1955) became decisive in consolidating the course of the post-war modernization of the BSSR. As a result of its implementation, the volume of industrial production increased by 2.1 times, including engineering products by 3.6, chemical and petrochemical industries by 3.5, and electricity by almost three times.

During the years of the fifth five-year plan, 1010 industrial enterprises were built and commissioned, including 150 large ones.

Engineering remains the most important industry in Belarus with the active development of the agricultural and transport sectors. The republic produces over 59 thousand tractors, 2 thousand combine harvesters, 22 thousand trucks, 2 thousand buses a year.

More than 60% of Belarusian engineering products are sold abroad.

The energy sector of Belarus is one of the main sectors of the economy of the Republic of Belarus and its most important structural component. The fuel and energy complex  ensures the functioning of all its sectors and the sustainable socio-economic development of the country.

The main priority of the energy policy of our state is to increase the efficiency of energy use as a means to reduce society’s energy costs, ensure sustainable development of the country, increase the competitiveness of productive forces and the environment.

Metalworking is a leading structural element in the country's industry. It works not only for the internal needs of the state, but also for export. Metalworking enterprises include all those firms that perform actions aimed at processing metal structures, from cutting metal to manufacturing parts of increased complexity.

The Republic of Belarus has a developed forestry, woodworking and pulp and paper industry.

The main areas of timber harvesting are located in the Vitebsk, Gomel, Minsk and Brest regions.

The enterprises of the industry are engaged in primary processing and export of timber. The main products of the timber industry enterprises are lumber, chipboard and fiberboard, plywood and furniture.

Belarusian enterprises of heavy industry in the global market

Despite the fact that there are more than 2000 enterprises in the industry, Belarusian industry is highly concentrated and is in demand not only in the country but also abroad. Thus the metallurgical industry accounts for 6.5% of Belarus' exports. The products of the metallurgical industry occupy leading positions in the markets of the Baltic countries and there are known in the markets of European countries (Germany, Italy, etc.) and the Middle East.

The largest enterprises of heavy industry in Belarus

Below we present a list of the best heavy industry enterprises in Belarus. 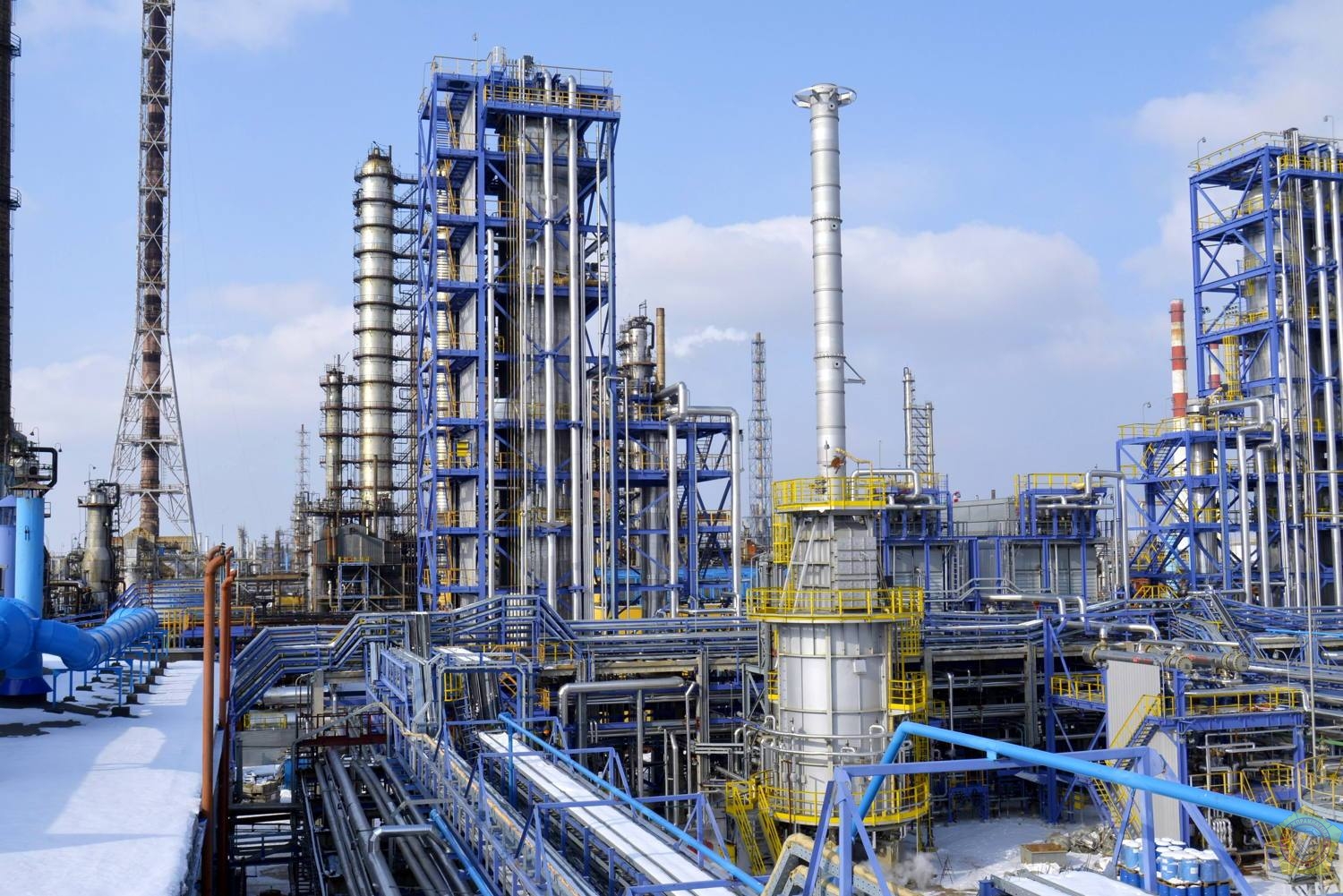 The Novopolotsk Oil Refinery was at the forefront of the avant-garde branch of the national economy and is currently an important element of the industrial complex of the republic. The first Belarusian gasoline was received at Naftan.

And over half a century, more than 700 million tons of oil has already been processed here, over 60% of the products are currently exported. And in these figures - the dedicated work of three generations of oil refiners, installers, builders.

Belaruskali is one of the largest producers and exporters of potash fertilizers in the world. According to the International Fertilizer Association, it accounts for one fifth of the global potash fertilizer production. In 2018, the company celebrated its 60th anniversary.

Belaruskali produces products that meet the highest requirements and are awarded prestigious international awards. These facts allow the company to successfully compete with foreign manufacturers and export its products to more than 120 countries.

BMP is a national treasure of the Republic of Belarus and is included in the state register of enterprises of the republic with high-tech production.

Mozyr Oil Refinery produces a wide range of oil products. Being an export-oriented enterprise, up to 80 percent of the total volume of products manufactured by the plant supplies outside the Republic of Belarus. The favorable geographical position of the plant, an extensive network of railways and highways make our products available to consumers in Ukraine, Moldova, Hungary, Romania, the Netherlands, Slovakia, the Czech Republic, Poland, the Baltic countries, Italy, Great Britain, Russia, etc.

Minsk Automobile Plant is an automobile manufacturing company specializing in the production of heavy-duty automobile, as well as bus, trolley and trailer vehicles. The MAZ trademark is widely known in the CIS and in foreign countries. MAZ cars were delivered to more than 45 countries of the world. Today MAZ was able to return to most of these markets after a troubled period in the early 1990s.

The State Production Association Belorusneft is a Belarusian state petrochemical company engaged in exploration, development, production and sale of oil and gas in the Republic of Belarus, Russia and Venezuela, and is conducting exploration work in Ecuador. In 1976 the Belarusian Gas Processing Plant was commissioned. The first 11 thousand tons of liquefied gases were obtained from associated petroleum gas. In 2018 they managed to increase production to 1.67 million tons setting a seven-year record.

ATLANT products have long earned the recognition of customers, because who did not have their refrigerator at home? ATLANT is known as a manufacturer of popular refrigerators, freezers and washing machines. Practical and reliable equipment that meets high consumer demands comes off the assembly lines of the enterprise. No wonder household appliances from Minsk are known not only in our country and other post-Soviet republics, but also in many European countries and even in distant Australia.

Gomselmash today is a modern multidisciplinary manufacturer, producing under the brand "PALESSE" model lines of combine and forage harvesters, cob and potato harvesters, mowers and other agricultural equipment.

BELAZ is the managing company of the holding BELAZ-HOLDING - the world's largest manufacturer of mining trucks and transport equipment for the mining and construction industries.

MTZ is one of the largest manufacturers of agricultural machinery not only in the CIS countries, but also throughout the world. And the famous BELARUS trademark is of great value to us - not only commercial, but also to some extent patriotic. Today, customers are offered more than one hundred models of tractors, in more than two hundred assembly options for all climatic and operational conditions. And new models have ample aggregation capabilities with agricultural machines of various manufacturers.